Set on a pastoral landscape at the foothills of the Blue Ridge Mountains outside Orange, Virginia, Montpelier is among the country’s premier historic plantation sites.

It was the home of James Madison, the so-called father of the U.S. Constitution and the nation’s fourth president.

It was also “home” to 300 enslaved people during Madison’s time, and their descendants are now boldly asserting the right to tell their stories.

For the past 18 months, Montpelier’s conservative, white leaders had been battling the Montpelier Descendants Committee (MDC) – an organization dedicated to restoring the narratives of enslaved African Americans on the plantation – over its demand for equal voting power on Montpelier’s board.

Previous Montpelier leadership and staff had established relationships of trust with the descendant community. In 2019, the MDC was established to push for “structural parity.” The board reluctantly made parity official in Montpelier’s bylaws in June 2021, only to begin undermining that promise.

But in a stunning turn of events this week, MDC representatives took the majority of the Montpelier Foundation board seats for the first time.

Montpelier President and CEO Roy Young II resigned, and two conservative board members quit. The move left a solid majority (13 out of 20) board members, including the MDC chairperson, as descendants of enslaved people or endorsed by them.

“Four hundred years and counting, and we still have to convince the primary beneficiaries of slavery that our ancestors were essential to the founding of this nation,” said Iris Ford, a retired anthropology professor whose great-grandfather Alan was recorded as “son of the master” at an adjacent plantation that later became part of Montpelier and has watched events unfold.

“Harvard [University] just allocated $100 million to acknowledge that immense wealth was made on the backs of enslaved people,” said Ford, a member of the MDC. “That money certainly does not serve as the standard for acknowledging injustice, but it is a recognition of America’s true history. When people ask what this history has to do with James Madison: It’s the realization that the well-crafted story of Montpelier and the nation’s founding myths are not just a moral matter but a matter of racial injustice.”

It was late March when the former foundation board members voted to reverse their promise to share power with descendants. On April 18, Young and former Board Chair Gene Hickok fired three revered, longtime staff members – Elizabeth Chew, Montpelier’s vice president and chief curator, Montpelier’s chief archaeologist; and its spokesperson – and suspended two others in what was seen as retaliation for their highly public support of the MDC.

But after public outrage and critical media coverage, a landmark resolution on May 16 in favor of the MDC apparently ended the bruising battle when the Montpelier foundation board voted to approve 11 new, MDC-nominated members to equally share power in Montpelier’s governance.

The new board acted quickly at its first meeting Monday. MDC Founding Chair James French, whom Young tried to remove from the board, was elected board chair. Young was replaced as president and CEO with Chew, whom Young fired in April.

“After all the fighting they [the conservative, mostly white board] had dug a hole so deep reputationally and financially that they threw up their hands and elected more board directors than were required for parity because the new directors have the skill set to lead Montpelier,” said attorney Greg Werkheiser, who represented the MDC.

The roots of these changes can be traced back five years.

On June 4, 2017, the groundbreaking Montpelier exhibition, The Mere Distinction of Colour, opened to national accolades.

With that exhibit, Montpelier became the country’s first major historic plantation site to boldly confront its own African American history. Although Montpelier’s leadership and staff had been closely collaborating with descendants for 20 years, the new exhibit helped the plantation quickly become a beacon for other museums that were grappling with how to tell the hard history of enslaved people’s significant contributions to the daily life, work and wealth of white Americans.

“We were so proud,” Ford said. “We had a nationally recognized exhibit built on the expertise of Montpelier's staff, but it was the collaboration with the descendant community that made the difference, that made it a model.

“After that is when things began to fall apart.”

The new exhibit apparently touched a nerve with law enforcement by addressing police brutality in a 10-minute video that included phrases such as, “Don’t shoot!” and “Is my son next?”

Suddenly, the Orange County Sheriff’s Department was unwilling to provide protection for Montpelier events, even for its large Juneteenth celebration.

Eventually, the sheriff’s department relented under pressure from Montpelier and sent one officer. But law enforcement agencies statewide that had sent officers for training at Montpelier’s U.S. Constitution Center since 2003 began saying “No.”

“Some of the board felt we had checked the box of African American history and lost focus on the Constitution,” said Kat Imhoff, Montpelier’s president and CEO from 2008 until 2020.

“I didn’t want to just tell Madison’s story but to tell the complete story of the 300 lives who created Madison’s wealth that allowed him to become president of the United States,” she said. “I knew there were board members who were not on board [with the exhibition] … Some wanted Montpelier to be known nationally for the Center for the Constitution, not for what we were getting attention for.”

Imhoff had raised about $60 million during her tenure to cover major improvements and projects, but it had been $9 million in debt when she arrived in 2008. A big loan principal payment was due in 2020 stemming from a bond that Orange County issued to Montpelier to support construction of the visitor center.

Billionaire philanthropist David Rubenstein had made an $11 million gift in late 2014, about half of which paid for The Mere Distinction of Colour and restoration of enslaved family dwellings in the South Yard, but no such windfall was expected to bail out Montpelier’s finances now. Museum staffers gambled on the notion that they could attract more liberal donors, even if they alienated the conservative base with the exhibit.

Despite a few significant donations that materialized afterward, they were insufficient to manage the debt.

Then a national racial reckoning occurred.

Two months after the exhibit opened, hundreds of white supremacists gathered at the Unite the Right Rally less than 30 miles from Montpelier in Charlottesville, Virginia, to protest the planned removal of a Robert E. Lee monument. Waving Confederate and Nazi flags, they chanted slogans like “white lives matter” and “Jews will not replace us.” An avowed neo-Nazi deliberately plowed his car into a crowd of counterprotesters, killing Heather Heyer and injuring 35 others.

Against this backdrop, The Mere Distinction of Colour exhibit galvanized the American historic museum world.

In February 2018, 57 scholars, descendants, curators and other interested parties, including a representative of the Southern Poverty Law Center, met at Montpelier for a National Summit on Teaching Slavery.

The summit, led by Imhoff and Brent Leggs, executive director of the National Trust for Historic Preservation’s (NTHP) African American Cultural Heritage Action Fund, resulted in a set of unprecedented museum standards for the accurate representation of enslaved communities, acknowledgement of their contribution to our country’s wealth, and full partnership with descendants. The NTHP owns Montpelier.

The “Engaging Descendant Communities in the Interpretation of Slavery at Museums and Historic Sites,” or the Rubric for short, was published in October 2018. It called for institutional structural parity with descendants at all museums.

“The point is that the Rubric calls for equality,” said anthropology professor Michael Blakey, director of William & Mary’s Institute for Historical Biology and an MDC member.

But at Montpelier, there was doubt and tension between the MDC and a board they didn’t see as committed to the Rubric and exhibitions such as The Mere Distinction of Colour. It culminated in the staff firings and suspensions. The NTHP condemned the board’s actions, as did the American Alliance of Museums and many other leading museums and historical associations.

Elon Cook Lee, NTHP director of interpretation and education in the historic sites department and a descendant of enslaved African Americans, said, “I don’t know that the National Trust or the American Alliance of Museums would have come out with a statement 20 years ago.”

She called what has transpired at Montpelier a “fascinating case study,” part of an ongoing “struggle” for the “vast majority of plantation sites to present the African American side of the story.”

It’s work that’s desperately needed. Cook Lee recalled her own experience with white visitors’ racism years ago when she was leading a “slavery tour” in Rhode Island.

“I was standing at the top of the stairs to point out objects when a visitor started making a joke about me standing on the auction block,” she said.

The efforts that are occurring now at historic sites are part of an evolution – an evolution that has encountered resistance all along the way.

“In the 1960s [visiting plantation sites] became part of pop culture, a way to show what it meant to be a good, patriotic American,” Cook Lee said. “But the sites were completely whitewashed. Mint juleps, the trinkets, the big house and white columns. The plantation museums were created for white Americans to ‘enjoy themselves.’ In the 1990s that began to change. There was pushback from the beginning. Most [visitors] do expect to hear about enslaved people, but not that the founding father was connected to meting out punishment, who bought and sold people at whim.” 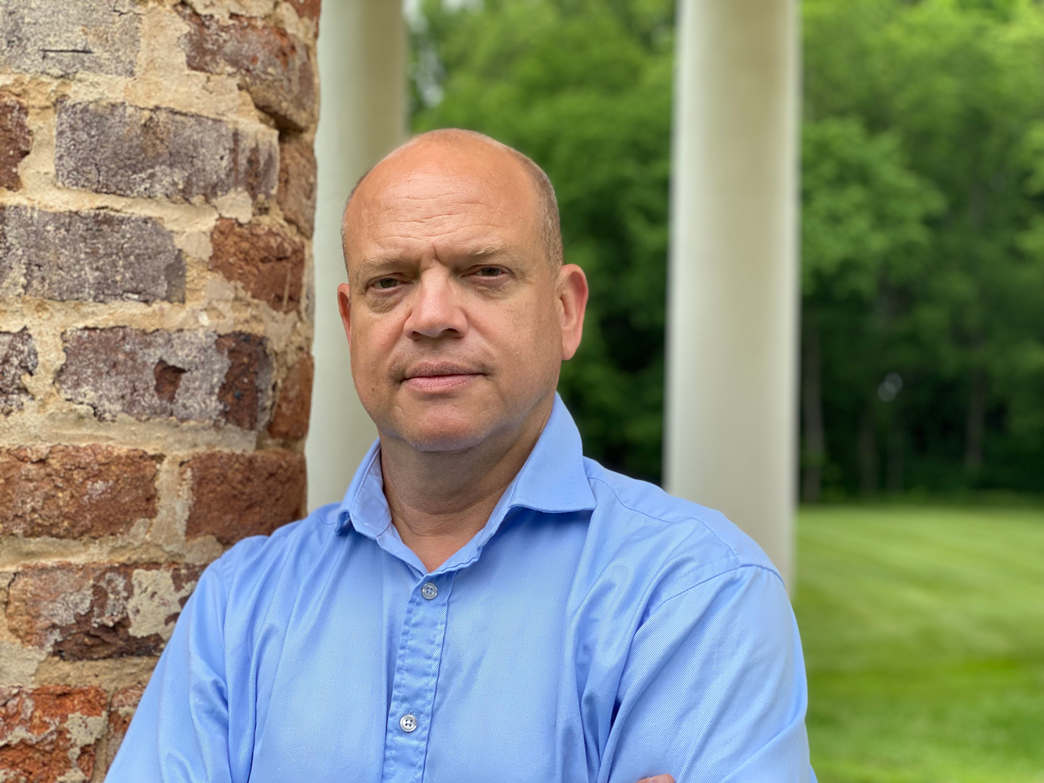 In the midst of all the progressive changes and ongoing challenges at James Madison’s former plantation, French – a descendant of enslaved people at adjacent plantations and the founding former MDC chair and the Montpelier Foundation’s newly elected, first African American chair – expressed his optimism in a message this week to other board members.

“With your leadership, we’re poised to build the most exciting and significant museum and cultural institution in the country,” he said.

“As a physical place, Montpelier conveys unique significance by virtue of a core paradox – it is where two diametrically opposed visions of power have clashed for centuries: liberty and slavery. We have a unique opportunity to leverage this power of place to explore fuller truths and build an American institution that tells broader, richer and more truthful interpretations of history to wider audiences.”