Montgomery, Alabama, is where the civil rights movement was born. A visit to the city offers many chances to see where history happened. It’s where Rosa Parks refused to give up her seat on a bus to a white passenger. And it’s where Martin Luther King Jr. began to rise as the movement’s leader. It’s where the Southern Poverty Law Center was founded in 1971. But there’s much more.

Be sure to visit these sights. 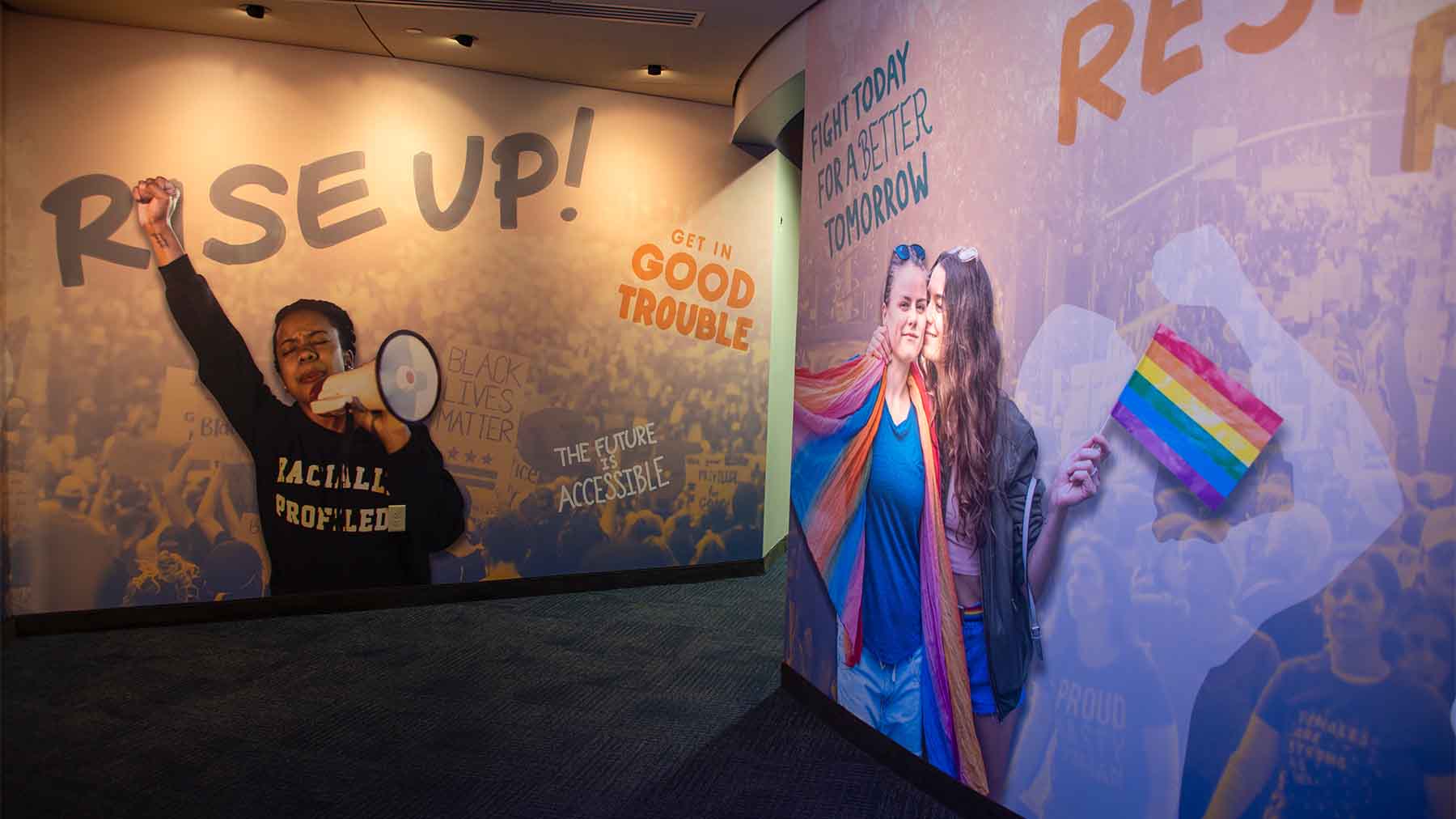 No tour of Alabama’s capital would be complete without a visit to the Civil Rights Memorial Center, dedicated by the SPLC in 1989.

The Martyr Room includes a short video projection, The March Begins, an interactive Martyr Table, a Memorial Overlook interactive and the Wall of the Forgotten, which lists the names of 74 women, men and children who were victims of white supremacist violence.

Other features include an immersive experience that connects the civil rights movement of the 1950s and 1960s to social justice activism today and a display of “A Civil Community,” a poem compiled by Kwame Alexander from reflections submitted by people from all walks of life who shared their vision for the United States.

The CRMC will be closed on Saturday, July 2, and will reopen on Tuesday, July 5.

The Legacy Museum: From Enslavement to Mass Incarceration is on the Montgomery site where Black people were forced into slavery. The museum offers an expansive record of the legacy of slavery in the U.S.

The Dexter Parsonage is where Martin Luther King Jr. lived with his growing family from 1954 to 1960. It was bombed a couple of times during the civil rights struggle but has been restored.

In-person tours of the museum have been suspended, but a virtual tour is offered.

Troy University’s Rosa Parks Museum is an active memorial to the life of civil rights icon Rosa Parks and the lessons of the Montgomery Bus Boycott that brought racial integration to transportation and international attention to civil rights.

It is the nation’s only museum dedicated to Rosa Parks.

Award-winning exhibits trace the Freedom Riders’ tumultuous journey through the South, along with historic images of the protest and voices of those who supported and opposed the Freedom Rides.

A video exhibit captures the thoughts and feelings of Freedom Riders who have visited the museum, allowing visitors to hear directly from riders, witnesses and supporters.

The Historic Greyhound Bus Station that hosts the museum is listed in the National Register of Historic Places and illustrates how buildings were designed for racial segregation.

On the evening of Dec. 5, 1955, in the aftermath of Rosa Parks’ arrest, 5,000 people gathered at Holt Street Baptist Church.

They filled the sanctuary, the basement auditorium and even spilled outside to hear the newly elected president of the Montgomery Improvement Association, Martin Luther King Jr.

Visitors can still visit the church at Holt Street Baptist Church in Montgomery. 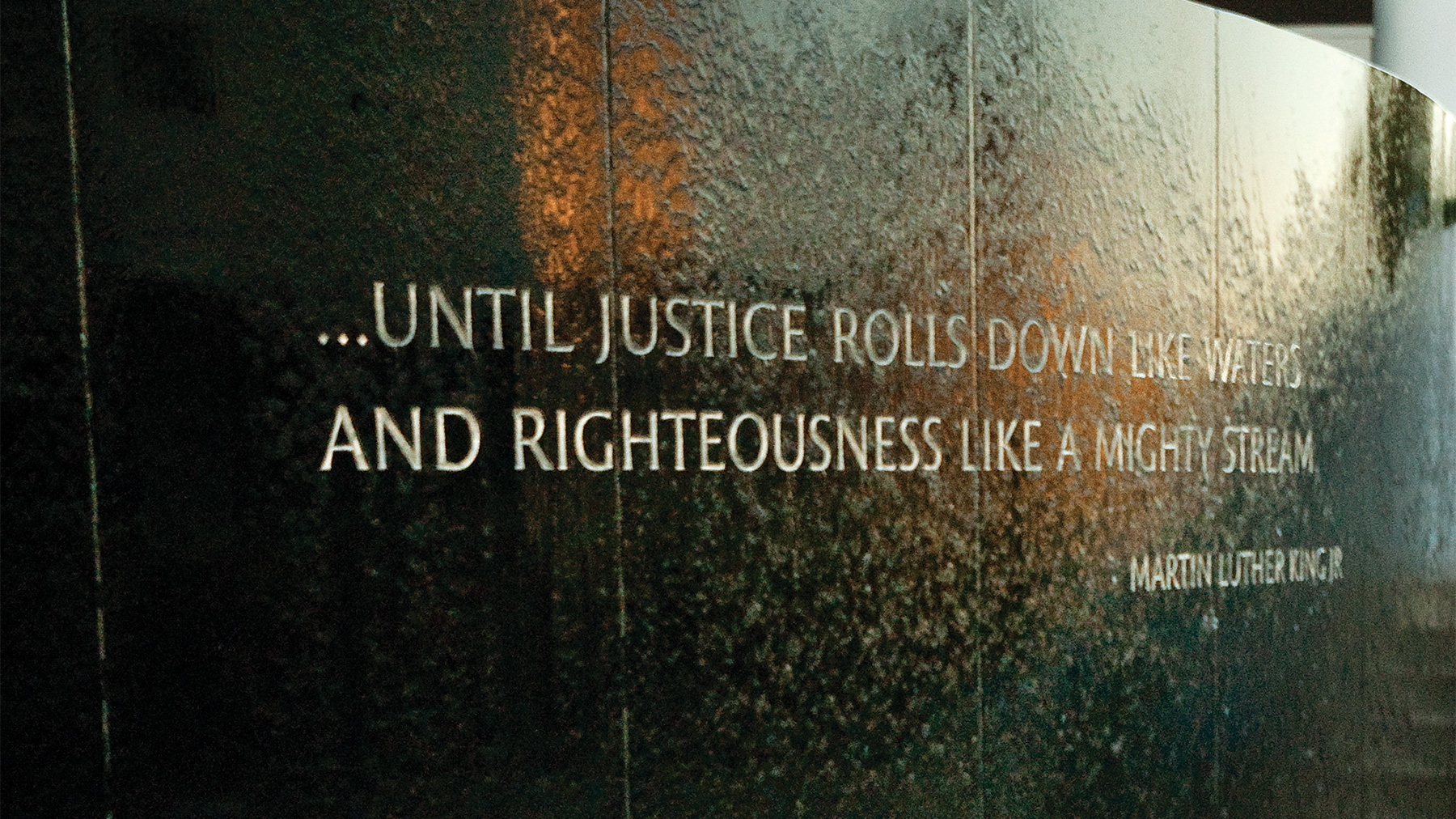 The Civil Rights Memorial honors the martyrs of the movement and inspires visitors to continue the march for racial equity and social justice.

The memorial, dedicated in 1989, was designed by Maya Lin, who found inspiration in the paraphrase from Amos 5:24 that King used in his “I Have a Dream” speech.

It sits across the street from the SPLC’s office building, in an open plaza accessible to visitors 24 hours a day, every day.

Parks was honored with a life-size bronze statue in downtown Montgomery, just a few feet from where she boarded the now infamous city bus. The statue shows Parks standing firm in a long coat, with her hands clutching her purse in front of her.

Her arrest on Dec. 1, 1955, sparked the Montgomery Bus Boycott that led to the desegregation of public transportation in the city. The successful demonstration also played a key role in the passage of the Civil Rights Act of 1964, which integrated public spaces nationwide.

This Rosa Parks monument is at the corner of South Jackson Street and North University Drive on the campus of Alabama State University. It’s in front of Tullibody Hall, which was formerly the high school that Parks attended.

The National Memorial for Peace and Justice
417 Caroline St.

From 1877 to 1950, more than 4,400 Black people were hanged, burned alive, shot, drowned and beaten to death by white mobs. This monument is the first national memorial to these victims of racial terrorism in the U.S.

The Memorial for Peace and Justice was conceived with the hope of creating a sober, meaningful site where people can gather and reflect on the United States’ history of racial inequality.