When Terrance Winn takes a seat on a flight to Geneva this month as part of a Southern Poverty Law Center delegation traveling to address a United Nations committee, it will be an extraordinary departure for a man who until two years ago had been incarcerated for 30 years.

But as he looks out over the ocean separating himself from his former life, Winn will be a fitting symbol of the departure the delegation represents for the SPLC. Long rooted in advocating for racial justice at home, the organization will for the first time formally appeal to an international body to recognize systemic racism in the United States as a human rights emergency of global concern.

Winn, who was released two years ago from the vast Louisiana State Penitentiary known as “Angola,” has become a widely respected advocate for prison reform.

Several members of the SPLC’s leadership team will accompany Winn. Leading the delegation is Lisa Borden, senior policy counsel. Borden heads the SPLC’s new international advocacy initiative — established last December. A civil rights lawyer in Alabama for three decades, Borden joined the SPLC last year and is charged with using the pressure of international condemnation as a powerful new mechanism for advocacy in a country where democratic institutions are in peril.

Also with the delegation will be SPLC Chief Policy Officer LaShawn Warren, along with Page Dukes, a formerly incarcerated Georgia woman who since 2019 has worked on voting rights and other issues at the Southern Center for Human Rights.

Together the delegation will carve a new path for an organization that — since its founding in 1971 as a small law firm working to help implement federal civil rights legislation and constitutional guarantees — has focused its legal work within the U.S., even as it evolved into a powerful advocate for the human rights of all people.

Now, the SPLC is looking to international institutions for added focus on the dearth of justice experienced by many in the Deep South and across the U.S.

The occasion is the 107th session of the U.N. Committee on the Elimination of Racial Discrimination (CERD), a body of independent experts that monitors implementation of the International Convention on the Elimination of All Forms of Racial Discrimination. The treaty has been signed by 128 countries, including the U.S., and is the oldest and most widely ratified U.N. rights convention.

Governments party to the treaty come under review by CERD regularly, generally every four years. Along with reports submitted by the governments, human rights organizations like the SPLC can submit their own reports, giving their perspectives, concerns and evidence of the country, its public officials or institutions engaging in racial discrimination against individuals, groups of people or organizations.

The committee issues recommendations based on the reports it receives. Though it has no mechanism to enforce those recommendations, the pressure of its public reports can have an impact.

The U.S. has an ambivalent history with CERD. It signed the treaty in 1966, but Congress did not ratify it for nearly three decades — until Oct. 21, 1994. And while the treaty commits the U.S. to “adopt all necessary measures for speedily eliminating racial discrimination,” the American Bar Association found in 2020 that the U.S. “has consistently failed to meaningfully uphold this mandate.”

Since ratifying the treaty, the U.S. has nullified its impact by submitting reservations, failing to enact anti-racism legislation, preventing citizens from bringing claims under the treaty and failing to deliver timely reports of measures it has taken to address racial discrimination.

During the administration of former President Donald Trump, CERD’s work was ignored entirely. The U.S. was to have submitted a report to it in 2018 but did not begin working on one until President Joe Biden took office in January 2021. The Biden administration has pledged a new level of commitment to CERD.

Back when those pledges by the new administration were being made, Winn was recently out of prison, home in Shreveport, Louisiana, for the first time since he was arrested at age 16 and convicted of murder after a fight broke out between him and another man and an innocent bystander was killed. Now 48, he is the executive director of a nonprofit organization he created — Priorities, Intentions and Practical Exchanges (PIPE) — which seeks to keep young people out of prison and to help people recently released. 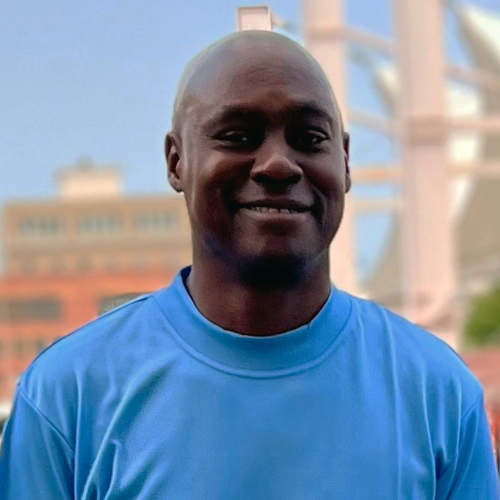 Terrance Winn, who was incarcerated for 30 years in the Louisiana State Penitentiary, has become a widely respected advocate for prison reform in the years since his release. (Courtesy of Terrance Winn)

Winn will speak to CERD about conditions in U.S. prisons and about the toll on incarcerated people who have been subjected to solitary confinement. Winn said he spent more than half his 30 years of incarceration in solitary, much of it at Angola, the largest penitentiary in the U.S. Built on the site of a former plantation, Angola is infamous for its harsh conditions.

Despite the hardship he endured, Winn was able to emerge from prison with a GED diploma, then a culinary degree. Now he is a student at Houston Community College. Eventually, Winn said, he hopes to go to law school. He received special permission from his parole board to travel to Geneva.

“What is the message I am bringing [to the United Nations committee]? That the U.S. calls itself the leader of the free world, and it will put any country on trial that doesn’t treat its people right, but, well, the U.S. isn’t treating its own people right,” Winn said.

The SPLC is filing reports to the committee that ask the same questions about a series of pressing issues topping its agenda. Among them are the discrimination and abuse of Black migrants to the U.S.; the impact of mass incarceration on children and families; the use of corporal punishment in schools; voter suppression and disenfranchisement of voters with felony convictions; the vast disparities in education and health care funding; the impact on minority communities of the denial of abortion care; and the stark rise in recent years in hate speech and hate crimes.

“Taking a stand for accountability and integrity in our own nation is central to the mission of the SPLC today,” said Warren, the SPLC’s chief policy officer. “We cannot hold other countries to standards that we are not applying to ourselves.”

The goal of the reports and the first-person testimony by people like Winn and Dukes is “to move the needle,” Borden said.

“Anybody who engages in international human rights advocacy or any type of diplomacy, you have to be someone who can accept incremental change,” Borden said. “But what we want is for the committee to understand what has gone wrong and for them to adopt specific recommendations that we and other organizations make about what the U.S. can and should do, because those are the tools we can then use to push the White House, the State Department, to talk to other agencies, even to talk to members of Congress about what it should really mean for the U.S. to call itself a human rights leader around the world.”