After being deported, Kelvin Silva said he sometimes finds himself lying on the floor of his apartment, crying. He’s lonely – and alone. He’s scared, knowing that he’s fighting an uphill battle to gain U.S. citizenship and return home to North Carolina.

Silva – who identifies as Black and Latino – was returned to the Dominican Republic on Feb. 15 under an archaic law known as the Guyer Rule, which disproportionately affects nonwhite immigrants, especially Black fathers.

The Guyer Rule did not allow U.S. citizenship to pass from fathers to their biological children if the parents were unmarried, even though citizenship automatically passed to the children of other citizen parents who came to the country under the same circumstances. Were it not for the Guyer Rule, Silva, 45, would have automatically gained citizenship at age 11, his age when his father became a naturalized citizen.

Silva’s legal team – Asian Americans Advancing Justice (Advancing Justice-Atlanta), the National Immigration Project of the National Lawyers Guild and the Southern Poverty Law Center – filed a brief this week in the 11th U.S. Circuit Court of Appeals, challenging this law that prevented Silva’s citizenship and resulted in his deportation to a country completely unfamiliar to him.

“Throughout his battle in the immigration court system and now the federal court, Mr. Silva has shown unswerving commitment and inspiring resilience in the face of this sexist and racist law,” said Peter Isbister, senior lead attorney for the SPLC’s Immigrant Justice Project. “The Guyer Rule is yet another part of the U.S. immigration system that unfairly targets Black and Brown people.” 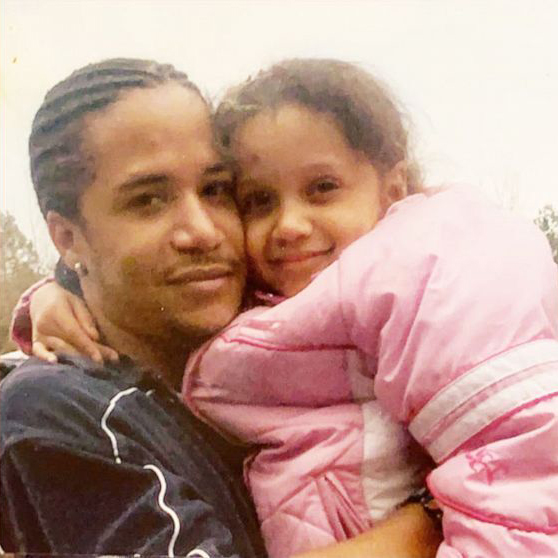 Meanwhile, Silva’s entire family – including his children and grandchildren – resides in the U.S. But changing immigration law through the courts is a difficult process, even when a law like the Guyer Rule results in a grave injustice such as the one Silva is facing.

To cope with the uncertainty of his immigration case, Silva maintains an attitude of optimism. But he admits his smile is a façade concealing his sadness.

“From the beginning, it was rough,” he said. “I just put a smile on my face, but I don’t talk to too many people. This is really, really hard. But I’m alive. I breathe every day. It’s up to me how I’m going to tackle these obstacles, and I try to be happy.”

It’s been a shocking experience for Silva. Before U.S. Immigration and Customs Enforcement (ICE) initiated deportation proceedings against him, he believed he was a U.S. citizen because of his father’s citizenship. So, when Silva was deported, he was stunned.

“I was scared, worried and nervous,” he said. “Nobody believed [deportation] would happen. Even I can’t get over it.”

Before being deported, Silva had spent 30 months in ICE detention, most recently at Stewart Detention Center in Lumpkin, Georgia, the deadliest immigrant prison in the nation. He said that while some give up on their immigration claims, he decided to fight. He doesn’t want to give up.

“I always have high hopes,” he said. “It will take time and it might be a long process, but I know there will be a good outcome for me – and for the other men in my situation.”

The Guyer Rule originates from an 1864 Maryland court decision, Guyer v. Smith, in which the court ruled that two sons born overseas of a white U.S.-citizen father and a Black mother from St. Barthélemy were “not born in lawful wedlock” and thus were not U.S. citizens. The Guyer Rule was subsequently incorporated into federal nationality laws, first through administrators’ policies and practices, and later by Congress through the Nationality Act of 1940 and the Immigration and Nationality Act of 1952.

Although Black immigrants were eligible for naturalization starting in 1870, historical and legislative records show that lawmakers nevertheless worked to limit the number of people of color who could become U.S. citizens. Administrators and legislators accomplished this goal in a variety of ways, including literacy tests, a racially discriminatory quota system and immigration preference categories that prioritized the “marital” family over other forms of familial arrangement, notably at a time when interracial marriage was illegal in most states.

In treating marriage as a prerequisite for fathers, but not mothers, to pass on their U.S. citizenship status to their foreign-born children, lawmakers were relying on the outdated stereotype that mothers have closer bonds with their nonmarital children than fathers.

Silva, however, only met his mother when he was 13 years old. His father and grandmother took care of him his entire life – not his mother. Simply put, because his parents never married, the law stopped Silva from becoming a U.S. citizen.

Congress partially remedied the unfairness of the Guyer Rule by passing the Child Citizenship Act of 2000, or CCA, which repealed the Guyer Rule. However, the CCA did not apply to people over the age of 18 when it passed – people like Silva.

Silva’s supporters and legal team hope that Congress will take swift action to make the CCA retroactive, which would allow him and other immigrants affected by the Guyer Rule to obtain citizenship.

“The goal of a nation’s citizenship laws should be to keep families together, not tear them apart,” said Meredyth Yoon, litigation director for Advancing Justice-Atlanta. “As Congress implicitly recognized by passing the Child Citizenship Act of 2000, a parent’s marital status has nothing to do with the bond they have with their child.

“Silva asks the court to rectify the harm done by the Guyer Rule by extending him full U.S. citizenship. By doing so, the court would take one small but crucial step toward undoing the inequities, including the systemic racism, that plague this nation’s immigration laws.”

Silva is trying to find employment in the Dominican Republic as he hopes for his return to the U.S.

“I’m a human being just like everybody else, and everybody deserves second chances,” he said.

Silva truly misses his family. But, he said, “they belong in the U.S.” Because of that – being separated from his children and grandchildren – Silva feels “robbed.”

“The ripping away of the families and lives of people who came to the U.S. as children simply because their parents were unmarried is an antiquated and immoral act of which all of us should be deeply ashamed,” said Bacardi Jackson, interim deputy legal director for the SPLC’s Children’s Rights Practice Group. “Such a cruel and unjust punishment for the crime of being born outside of European norms is all the more despicable for its uneven effect on Black and Brown families.”

In the end, Silva knows he must persevere. As he tries to adapt to living in a country unknown to him, he leans on the support of members of his legal team, who reach out regularly to update him on his immigration case.

Photo at top: The Stewart Detention Center, where Kelvin Silva was held, is seen through the front gate on Nov. 15, 2019, in Lumpkin, Georgia. (Credit: AP Photo/David Goldman)