The rain was coming down in sheets the day Tiara Young Hudson won the Democratic primary for circuit court judge in the Alabama county she has long served as a public defender. Voters were undeterred.

When the ballots were counted in Jefferson County, the most populous and most diverse in the state, they showed that more than 31,000 people had braved the storm to vote in the primary on that day in May. Fifty-four percent of them chose Hudson.

With no Republican challenger in the race, the outcome was tantamount to victory for Hudson in the general election in November. The attorney, wife, mother and dedicated churchgoer rejoiced, thanking her family and God in a public Facebook post.

The celebration was short-lived.

First, Circuit Judge Clyde Jones resigned from the seat, eight days after the May 24 primary and seven months before the end of his term. That gave the Judicial Resources Allocation Commission (JRAC) – created by Alabama’s Republican-dominated Legislature in 2017 – the opportunity to consider transferring his seat.

The next week, the commission voted to permanently relocate the seat from Jefferson County, where the crime rate is the highest in Alabama, to majority-white Madison County. All three Black members of the commission voted against transferring the judgeship. All eight white members voted in favor.

The chairman of JRAC called the move a simple matter of filling a need in Madison County. But the transfer of the judgeship, the first by the commission since it was created, has been met with overwhelming objections. At a JRAC meeting before the vote, members of the public testified that the move strips a county with a substantial Black population of a critical resource and gives that resource to a county where white people comprise nearly 70% of the population (as opposed to 48% in Jefferson County).

Last month, the Southern Poverty Law Center and the American Civil Liberties Union of Alabama filed a lawsuit on behalf of Hudson to challenge the constitutionality of the transfer.

Underlying the case is a question that goes to the heart of the SPLC’s mission: By stripping a judgeship from the state’s largest metropolitan area, where criminal cases are numerous and complex, is an injustice being done? And is this new commission being weaponized to shuffle judgeships in such a way that diverse communities lack fair representation in the judiciary?

“This goes back to the people’s power to have representation. It goes to the power of voting,” said Ahmed Soussi, voting rights staff attorney for the SPLC. “Judges are elected by the people in Alabama, and we believe the constitution states that only the Legislature decides how many judges can be in a specific area. JRAC doesn’t represent the people. It is this niche state agency that is making this first big move. We want to challenge this right away, because we believe this is unconstitutional, and we want to make sure that no other judges are removed unconstitutionally. If we don’t, what will stop JRAC from taking all the judges out of Jefferson County?”

According to the complaint, the decision to eliminate Jefferson County’s Tenth Judicial Circuit, Place 14 judgeship and permanently relocate the seat to the Twenty Third Judicial Circuit in Madison County violates the Alabama Constitution. The state constitution, the plaintiffs argue, gives only the Legislature – not a commission created by it, unelected and unaccountable to voters – the authority to reallocate judgeships. The white members of the commission have made multiple attempts to transfer judgeships from Jefferson County to Madison County, but unsuccessfully until now, according to the complaint.

At an Aug. 8 hearing, attorneys for the SPLC and the ACLU of Alabama asked a judge to issue a preliminary injunction to immediately block the commission’s decision.

On Aug. 12, Montgomery County Circuit Court Judge Jimmy B. Pool dismissed the lawsuit on the basis that the plaintiff did not use the correct procedure to remove a sitting judge from office under these circumstances. As a result, the judgeship will remain in Madison County unless a higher court overrules Pool’s decision.

“We are disappointed that the court refused to step in and prevent this unconstitutional removal of a circuit court judgeship from Birmingham,” Soussi said. “The community of Jefferson County deserves fair representation on the bench and access to a court system with the full resources to serve them, but they are being denied both by Alabama’s current system.” 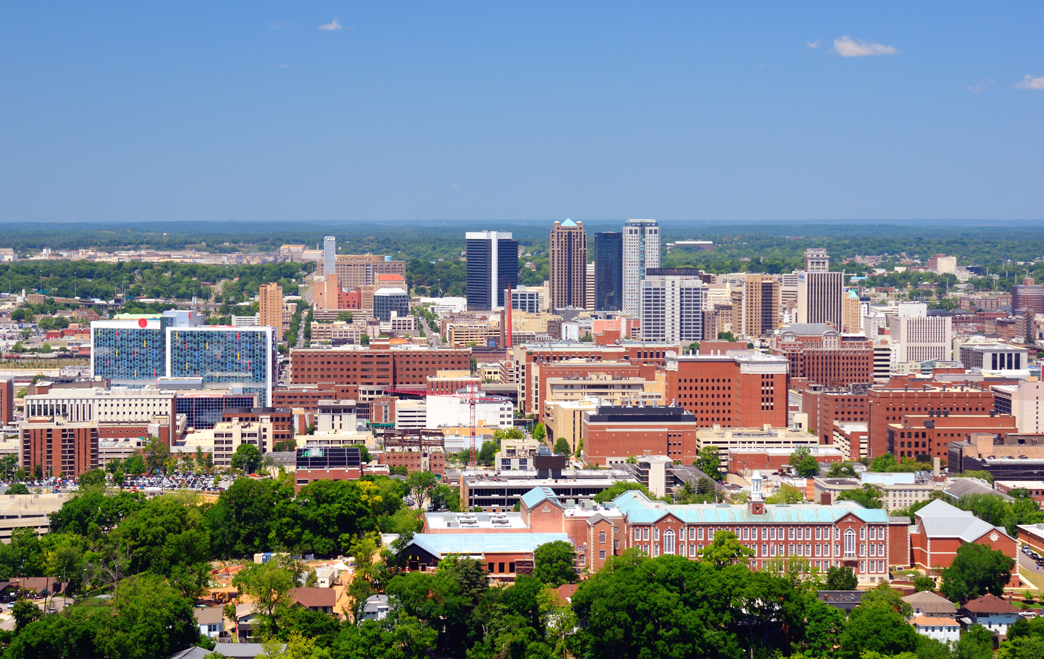 JRAC was created to assess and report to the Legislature on the need for judgeships. The law creating the commission also purports to give it the power to move a judgeship to other districts or circuits when a judicial vacancy arises. In Alabama, circuit courts have jurisdiction over felony prosecutions and civil suits with claims in excess of $10,000.

The lawsuit filed by the SPLC and the ACLU asked a state court in Montgomery, the capital city, to invalidate JRAC’s decision and instead require Gov. Kay Ivey to follow the constitutionally mandated process for filling judicial vacancies in Jefferson County. Under that process, the governor must appoint one of three nominees submitted by the Jefferson County Judicial Commission. Hudson has applied to be one of those nominees.

“With his order dismissing Tiara Hudson’s cause of action, Judge Pool has ruled that it is OK for the Judicial Resources Allocation Commission to do the Legislature’s job,” said Tish Gotell Faulks, legal director for the ACLU of Alabama.

Hudson said she has been deeply frustrated since the move was announced. There is so much in the criminal justice system of the county that needs fixing, she said, and she was eager to tackle those problems.

“I have the experience and the viewpoint to fix them,” Hudson said, “not just for the people accused of crimes, but for the victims also.”

Born in Birmingham, where she lives with her husband and three children, Hudson graduated from Emory University and the University of Alabama School of Law. A criminal defense lawyer her entire career, Hudson has been a public defender for Jefferson County for the past eight years.

“I ran for this seat because of the things I see in our criminal justice system that need to be addressed differently for the betterment of our communities,” Hudson said. “I don’t have all the solutions, but I am willing to go beyond the bench to try to heal communities and restore lives. More than 16,000 people went out in the pouring rain and they voted for me and my vision. So, this lawsuit is really about the voice of the people. The people went out, they exercised their right to vote, and their voice has just been ignored. That is the most troubling part for me. I would like to think that even if my opponent had won that you shouldn’t just make a seat someone has been elected to disappear.”

In his role as JRAC chair, Alabama Chief Justice Tom Parker cited a judicial caseload study as evidence of the need to move the judicial seat to Madison County. The study found that Madison County judges handled more cases than those in Jefferson County.

That study, however, is deeply flawed, the lawsuit alleges. In Madison County, each count against a defendant is tallied as a separate case. In Jefferson County, the court system tallies multiple charges against one person as a single case, making the total caseload appear smaller.

No one disputes that Madison County could use more judges. But so could every other county in the state, Soussi said. Indeed, the state of Alabama is severely short of judges to properly adjudicate the number of cases moving through its courts. Lawmakers have funding for 20 more judgeships, according to the lawsuit, but have failed to use that money to increase the total number of judgeships. That makes the question of where to place the existing judgeships particularly fraught.

“For us it comes down to the demographic makeup of Jefferson versus Madison County,” Soussi said. “Jefferson County is much bigger and much more diverse. And this was already an existing seat in the county, so why take it away? Why farm this out to some new state commission that has no accountability and no constitutionality? What we are saying is, let’s all work together to get our legislators to make the hard decisions to fund more judgeships. Let’s go. Let’s look. Let’s work together on this.”

Until and unless more judgeships become reality, Jefferson County needs the ones it has, Hudson said.

“I know I cannot force anybody to put me in this seat, but the seat should come back to Jefferson County,” Hudson said. “It is needed here. And I want people to know that their voice and their vote does matter.”