On Oct. 4, the U.S. Supreme Court heard oral arguments in Merrill v. Milligan, a case that could reshape the ability of voters of color to choose who represents them in Congress and other state and local legislative bodies.

At issue in Merrill is whether Alabama’s 2021 congressional redistricting plan dilutes the votes of its Black population in violation of Section 2 of the Voting Rights Act (VRA). Section 2 prohibits states and localities from drawing or maintaining districts that have a discriminatory effect no matter the underlying intent of map drawers. This requires states to redraw maps that deny voters of color an equal opportunity to participate in the political process and to elect candidates of their choice.

Alabama holds seven seats in the U.S. House of Representatives. Under its current map, the Legislature used a gerrymandering technique calling “cracking” in the state’s Black Belt, a region known for its fertile, black soil and where Black people comprise a majority of the population. The map drawers dispersed residents in such a way that Black voters have the opportunity to elect candidates of their choice in only one of the state’s districts, despite comprising roughly 27% of the state’s voting age population.

In January, a three-judge district court panel – two of whom were Trump appointees – found that Alabama’s map was substantially likely to violate Section 2. Meticulously applying the three-prong test from the seminal vote dilution case Thornburg v. Gingles, the district court found that: (1) the Black voting age population was sufficiently numerous and geographically compact to constitute a majority in a second reasonably sized voting district; (2) Black Alabamians vote in a politically cohesive way; and (3) white voters vote sufficiently as a bloc to defeat Black voters’ preferred candidates.

As with all racial gerrymandering cases, after passing the Gingles threshold, the district court examined the totality of the circumstances. Factors the U.S. Senate enumerated in 1982, such as the history of voting discrimination, help inform this analysis. As a result, the district court panel ordered the Alabama Legislature to create a second Black opportunity district in time for the 2022 midterm election. However, Alabama appealed to the U.S. Supreme Court, which decided to hear the case and stayed the decision. This means Alabama’s current map of congressional districts will remain in place through the midterm elections. 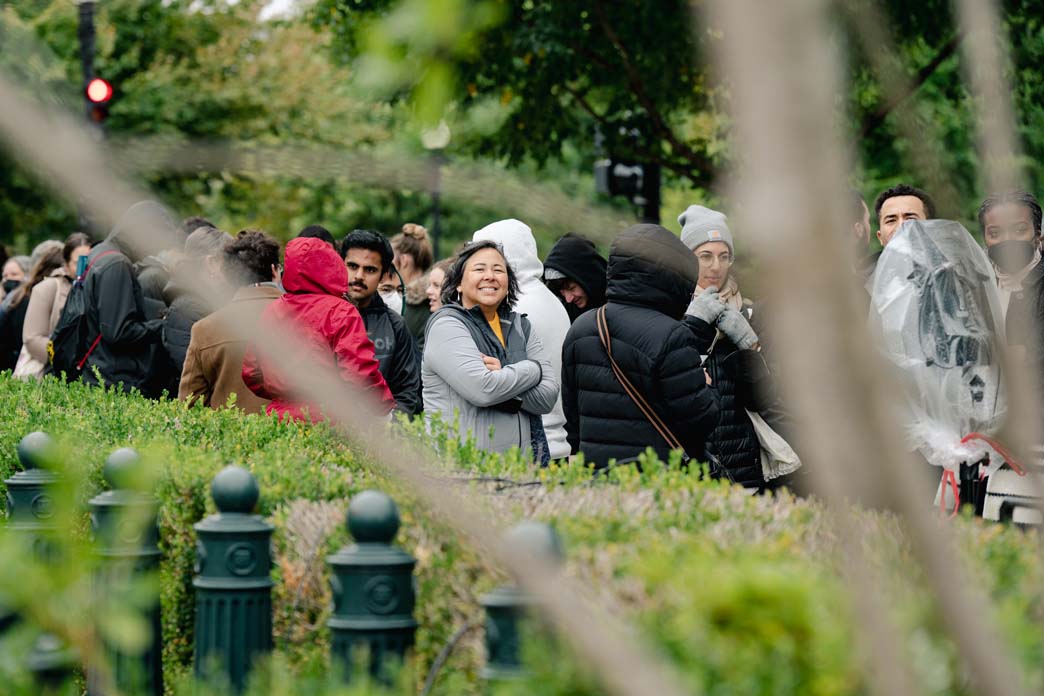 Chipping away at rights

So what did the oral arguments in the Supreme Court reveal?

The good news is the court appears slated to reject Alabama’s most radical arguments and maintain that Section 2 does not turn on proving discriminatory intent. At the outset, Justice Elena Kagan stated that under a typical Section 2 analysis, this case should be “a slam dunk” given the state’s stark history of discrimination and racially polarized voting. She also clarified that finding in favor of Alabama would be a significant departure from the court’s decades-long approach to Section 2.

Regardless, the bench’s conservative supermajority is poised to rule in favor of Alabama.

Justice Amy Coney Barrett summarized one of Alabama’s key contentions: that it is caught in the so-called tension between the equal protection clause of the 14th Amendment – which Alabama asserts requires race neutrality – and the Voting Rights Act, which requires taking race into account when drawing districts.

In arguably the highlight of the day, Justice Ketanji Brown Jackson turned that argument on its head and reminded us that we never started with race neutrality in the first place. “I don’t think that the historical record establishes that the Founders believed that race neutrality or race blindness was required,” she said.

The 1866 Civil Rights Act stated that Black citizens would have the same rights as white citizens. The 14th Amendment, adopted in 1868, helped to make that more permanent. Enshrining equality among races, however, is not the same thing as mandating blindness to race.

The amendment, Justice Jackson said, “was drafted to give a constitutional foundation for a piece of legislation that was designed to make people who had less rights and less opportunity equal to white citizens.” She asserted that the VRA is doing exactly that. This deft application of originalism, which tends to be associated with conservatives, channeled the late Supreme Court Justice Thurgood Marshall in racial discrimination cases related to education, like Bakke.

Unfortunately, and perhaps unsurprisingly, Justice Samuel Alito wholly discounted Justice Jackson’s point. He appeared to support Alabama’s assertion that even if a challenger presents a map with a majority-minority district, it still could not prove a Section 2 violation if an unbiased mapmaker – meaning one who takes a racially blind or neutral approach – would not create such a map. This approach would essentially rework the first prong of the Gingles test in a way that gets race neutrality in through what some have termed “the back door.”

As Justice Sonia Sotomayor outlined, chipping away at critical voting rights protections would match a disturbing pattern that has recently emerged in this court.

Despite Congress deeming the VRA one of the most important pieces of federal legislation ever passed and not only reauthorizing, but strengthening, Section 2 due to ongoing racial discrimination, the court has significantly curtailed it.

In 2013, the court reasoned in Shelby County v. Holder that it was OK to gut Section 4 of the VRA, which included the coverage formula governing which jurisdictions had to preclear new voting laws and procedures with the federal government, in part because we still had Section 2. Then, last year in Brnovich v. DNC, the court weakened plaintiffs’ ability to succeed in Section 2 challenges. Sotomayor implied that whittling down the power of Section 2 even more would fly in the face of congressional intent.

Even if the court ends up not issuing a sweeping victory for Alabama on all counts, let us be clear: If Alabama prevails, it will subvert Section 2, enabling most states to substantially reduce the number of minority opportunity districts. This would translate to much less diverse political representation.

It is important to note the conservative justices’ blinders to the fact that racism operates systemically. This is at the root of their insistence on race neutrality here. These blinders are likely to influence far more than just voting rights. For example, similar reasoning could slash affirmative action as well. This spotlights the growing disconnect between the court and everyday reality for broad sectors of our population, from communities of color to women and several other marginalized groups.

We have certainly come a long way since “Bloody Sunday” in Selma, Alabama, where state troopers clubbed peaceful protesters, fracturing John Lewis’ skull. The footage aired on national television – a relatively new medium at the time – illuminated the need for drastic reforms and paved the way to the Voting Rights Act of 1965. Once again, Alabama is at the heart of far-reaching changes to voting rights as we know them in this country.

We can expect a decision on Merrill by June 2023. In the meantime, it is up to us to continue the fight using every tool in our arsenal, from joining forces with local grassroots advocates to expressing support for federal legislation that advances voting rights.

Picture at top: As the Supreme Court hears the case of Milligan v. Merrill, a rally is held near the U.S. Capitol on Oct. 4, 2022, calling for fair voting maps and voter representation. (Credit: Bryan Olin Dozier/NurPhoto via AP)