MONTGOMERY, Ala. — The Southern Poverty Law Center (SPLC) today released an update to its Whose Heritage report which tracks public symbols of the Confederacy across the United States.

The report shows that nearly 1,800 Confederate symbols are still publicly present in the U.S. This encompasses government buildings, Confederate monuments and statues, plaques, schools, parks, counties, cities, military assets and streets and highways named after anyone associated with the Confederacy.

The Whose Heritage update includes: 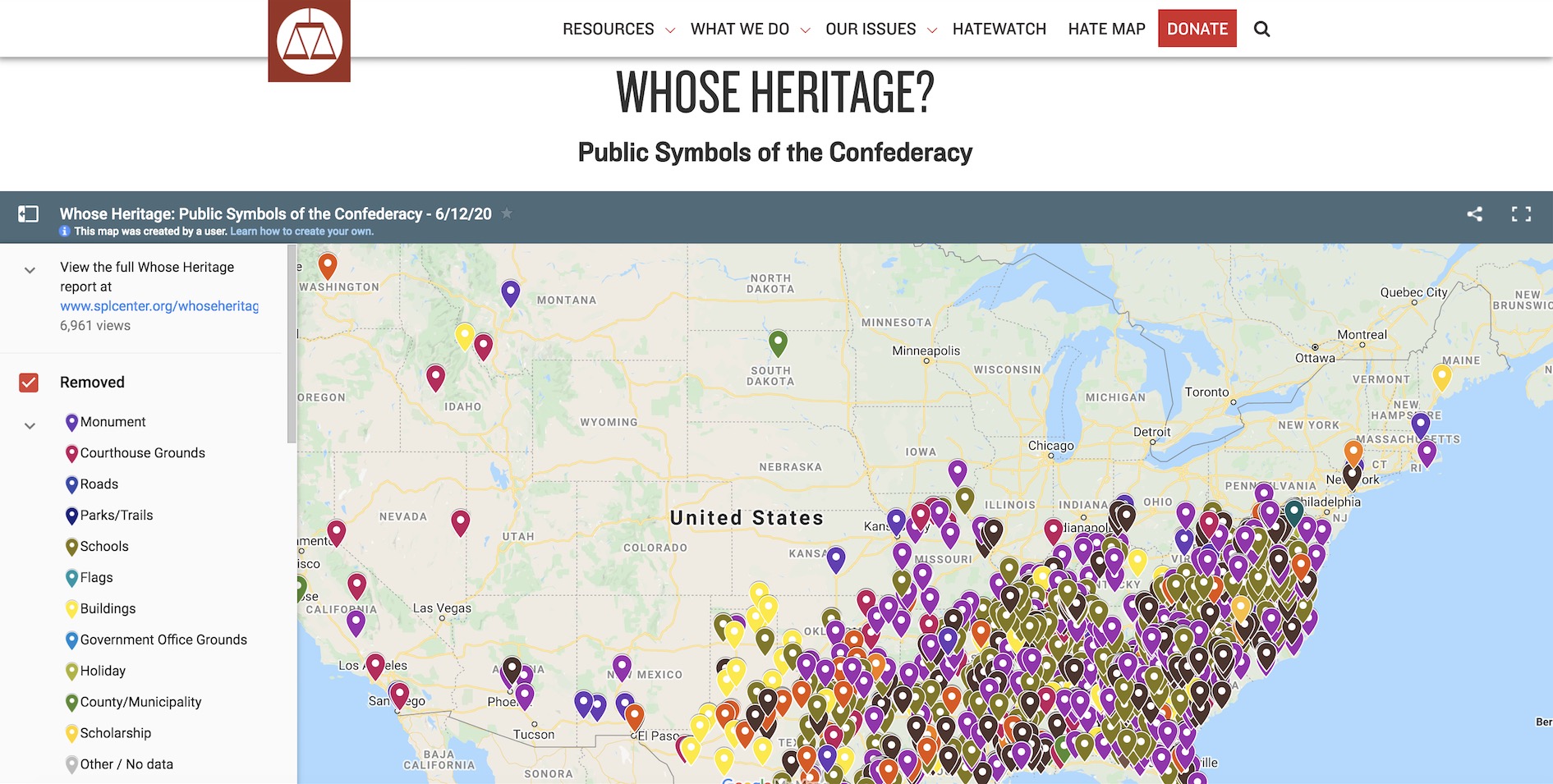 “Many Confederate monuments have been removed in the wake of the killing of George Floyd, as more people come to understand that these symbols glorify white supremacy and the subjugation of Black people,” said SPLC Spokesperson Lecia Brooks. “Though the swift removal of some public monuments is encouraging, our updated report shows that there is much more work to be done.”

To date, 105 symbols honoring the Confederacy have been removed from public spaces across the country - 70 of them were monuments. Eleven monuments are currently pending removal, 5 have been relocated and 48 symbols have been renamed.

Background on the Whose Heritage report:

After learning that nine Black people were killed during a Bible study at Mother Emanuel A.M.E. Church in Charleston, S.C. by a gunman that fetishized Confederate flags, the SPLC began to catalogue Confederate symbols in public spaces across the country.

The SPLC offers weekly updates to the media each Monday afternoon. If you are interested in receiving this information, please contact Kimberly Allen at kimberly.allen@splcenter.org.