MONTGOMERY, Ala. — The Southern Poverty Law Center (SPLC) today released the 2020 year-end update to its Whose Heritage? report data and map, which tracks public symbols of the Confederacy across the United States.

View a list of the 168 Confederate symbols that have been removed across the U.S. here.

The report shows that more than 2,100 Confederate symbols are still publicly present in the U.S., and 704 of those symbols are monuments. This encompasses government buildings, Confederate monuments and statues, plaques, markers, schools, parks, counties, cities, military property and streets and highways named after anyone associated with the Confederacy. 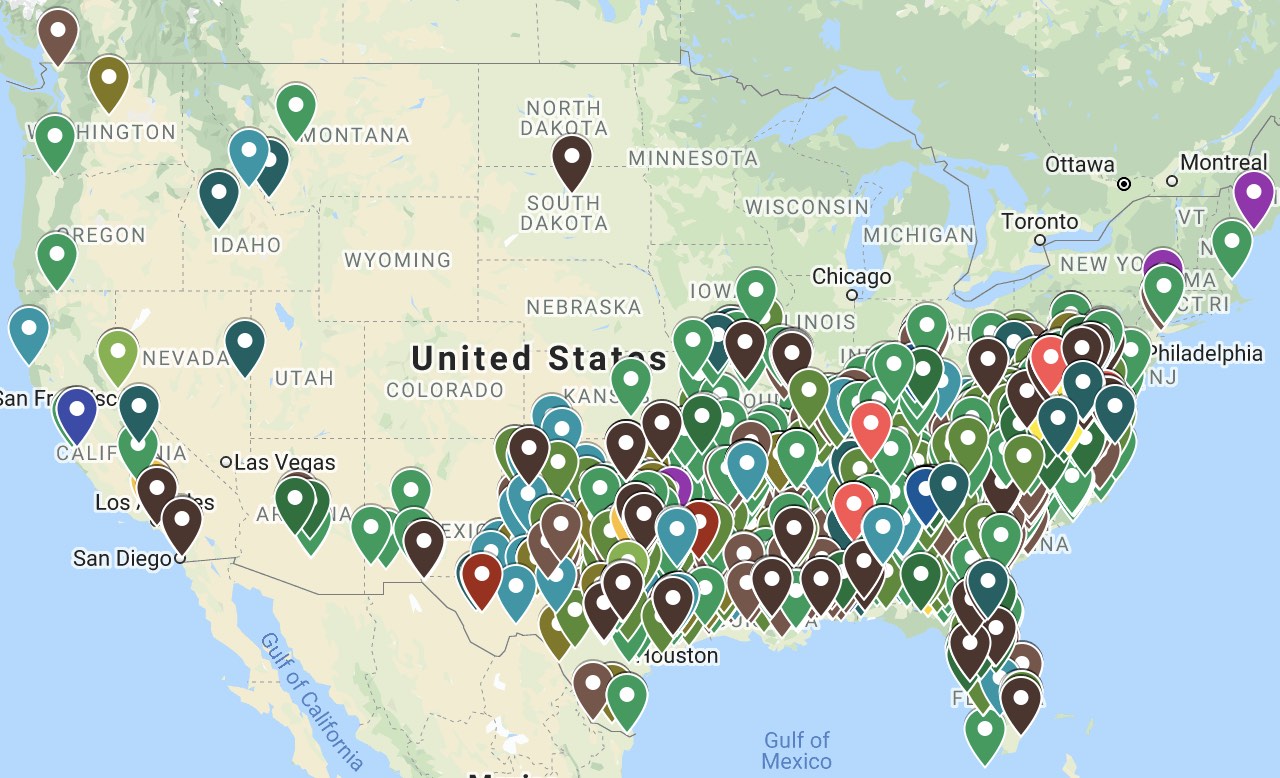 The following statement is from SPLC Chief of Staff Lecia Brooks:

“2020 was a transformative year for the Confederate symbols movement. Over the course of seven months, more symbols of hate were removed from public property than in the preceding four years combined.

“Despite this progress, communities informed the SPLC about more than 300 Confederate symbols located across the United States that remain. Many were located in the South, specifically Alabama, Georgia, Mississippi, North Carolina, South Carolina and Tennessee, where preservation laws prohibit communities from making their own decisions about what they want to see in their public spaces. These dehumanizing symbols of pain and oppression continue to serve as backdrops to important government buildings, halls of justice, public parks, and U.S. military properties, including ten bases named after Confederate leaders across the South.

“We must recognize states like Virginia who not only had the courage to discontinue its preservation law, but also led by example after removing 71 Confederate symbols from their public spaces in 2020. Name changes are pending for 31 public schools across the country in 2021, ensuring that students will no longer be forced to learn in schools bearing racist namesakes.

“As witnessed on Jan. 6 when an insurrectionist brazenly carried a Confederate flag through the halls of the U.S. Capitol, Confederate symbols are a form of systemic racism used to intimidate, instill fear, and remind Black people that they have no place in American society. The SPLC firmly believes that all symbols of white supremacy should be removed from public spaces and will continue to support community efforts to remove, rename and relocate them.”

Background on the Whose Heritage? report:

After learning that nine Black people were killed during a Bible study at Mother Emanuel A.M.E. Church in Charleston, South Carolina by a gunman that was radicalized by white supremacist websites, the SPLC began to catalogue all of the Confederate symbols in public spaces across the country.

The Whose Heritage? Action Guide helps communities take action to remove symbols of the Confederacy from public places.