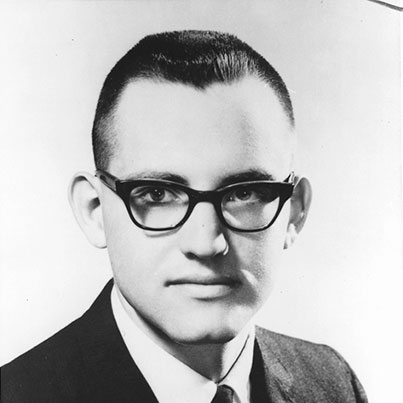 Bruce Klunder was a minister who believed his life must be his sermon. He was living out his faith when he laid his body down in the mud behind a bulldozer that was breaking ground for a segregated school.

Klunder intended not only to protest segregation but to prevent it. Instead, he was crushed to death. And although his death was in one sense an accident, it was also an expression of the purpose to which he had committed his life.

He was an 18-year-old college student in Oregon when African Americans in Montgomery, Ala., stopped riding buses to protest segregation laws in 1955. The bus boycott awakened him to the inequities of Jim Crow segregation. He raised money to support the boycotters, and he began discussing civil rights issues with his fellow YMCA Student Council officers.

His life’s mission had begun.

After completing divinity school at Yale, Klunder and his wife, Joanne, moved to Cleveland, where he took a job with the Student Christian Union and immediately immersed himself in civil rights issues. He and Joanne took a group of students on a field trip through the South to expose them to the effects of segregation, and they became founding members of the Cleveland chapter of the Congress of Racial Equality (CORE). Klunder was among the CORE members who demonstrated at the state legislature for a fair housing bill. Whenever there was a protest against injustices in housing and education, Klunder was there.

On April 7, 1964, Klunder and several others went to the construction site where a bulldozer was preparing ground for a segregated school in Cleveland. Three protesters threw themselves to the ground in front of the bulldozer. Klunder went to the back of the vehicle and laid down on the ground. When the bulldozer operator reversed direction, the machine ran over Klunder, crushing him to death.

Police ruled the death an accident. In the aftermath, school officials halted the construction. Once tensions eased, however, the school was completed.

Klunder’s wife wrote later that her husband’s death shook whites and blacks out of a sense of complacency about racial injustice. “I pray that by the time the children grow up, their father’s death will have been redeemed, and they will be able to see the effect of what his dying did for the consciences of at least a few people — at least a few,” she wrote.