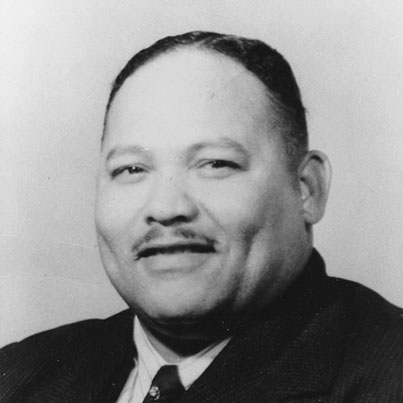 In 1954, blacks in Belzoni, Miss., outnumbered whites 2-to-1. But like all Southern blacks, they were not allowed to attend white schools. They were forbidden to eat in white restaurants. They would be arrested if they sat in bus seats reserved for whites. And they did not vote.

Integration would be a long time coming to the small Delta town on the banks of the Yazoo River. The Rev. George Lee, a black minister who also ran a local grocery store and printing press, had no illusions that it would come in his lifetime or that it would come without a struggle.

But Lee knew where the change would have to begin: at the ballot box.

With the help of his friend Gus Courts, Lee started a chapter of the National Association for the Advancement of Colored People. They printed leaflets and held meetings, urging blacks to pay the poll tax (a fee for voting that was later outlawed by the Voting Rights Act) and to register to vote.

Whites in town immediately organized a White Citizens Council to fight back. The names of blacks registered to vote were put on a list and circulated to white businessmen who retaliated by firing them from their jobs, denying them credit and raising their rent.

White officials offered Lee protection on the condition he end his voter registration efforts. Lee refused. On May 7, 1955 – the Saturday before Mother’s Day – Lee was driving toward home when he was hit by gunfire from a passing car. With half his face blown apart, Lee pulled himself out of the car and made his way to a cabstand. Two black drivers took him to the hospital where he died. Local authorities ruled that Lee was fatally injured in a traffic accident and that the lead pellets found in his face and neck were probably from dental fillings that had come loose.

In 2000, FBI files were released that detailed the murder case against two suspects, Peck Ray and Joe David Watson Sr. Both had been members of the White Citizens Council, and both had died in the 1970s. A local prosecutor refused to take the case to a grand jury.