In 2018, the Southern Poverty Law Center filed a federal lawsuit highlighting widespread violations of detained noncitizens’ rightful access to counsel in multiple civil immigration prisons in the Southeast. The first-of-its kind lawsuit describes a systemic failure by the U.S. Department of Homeland Security (DHS) and other high-level federal officials.

It outlines how the government maintains policies and practices that prevent detained noncitizens at the LaSalle ICE Processing Center and the Pine Prairie ICE Processing Center in Louisiana and the Stewart County Detention Center in Georgia from meaningfully accessing and communicating with legal counsel, preventing the SPLC from effectively representing them.[1] It also explains how the defendants’ conduct violated the SPLC’s First Amendment right to represent noncitizens detained at these facilities. 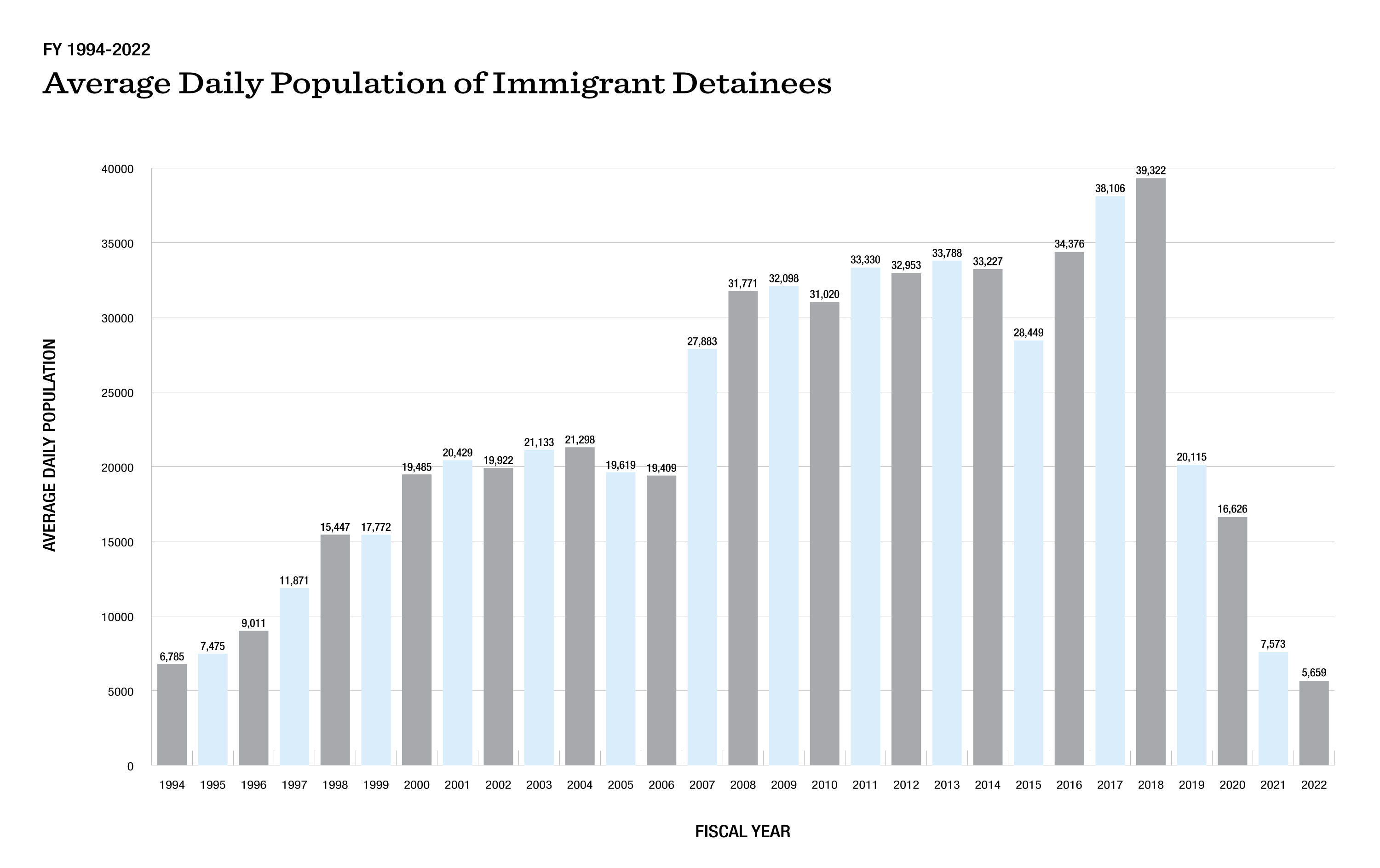 This graph tracks the average daily population of noncitizens held in immigration detention from FY 1994-2022.

The complaint describes facilities that lack a sufficient number of attorney-visitation rooms. For example, the LaSalle Detention Center had only one attorney-visitation room for up to 1,200 detained noncitizens. As a result, SPLC attorneys and volunteers were frequently forced to wait for hours – often as long as three hours – to see a single client, and sometimes were blocked from seeing their clients altogether. The suit also describes how guards and other facility employees were hostile and obstructive toward legal visitation at these facilities.

The obstacles outlined in the second amended complaint are not anomalous. They reflect the government’s long-standing policy of detaining noncitizens in remote locations, far from legal counsel, in order to accelerate the national deportation machine. A substantial number of noncitizens detained in these facilities are eligible for release on bond or their own recognizance, and many have compelling claims for relief. Yet without lawyers, they are significantly less likely to succeed in petitions for bond or parole or to prevail on the merits of their claims. 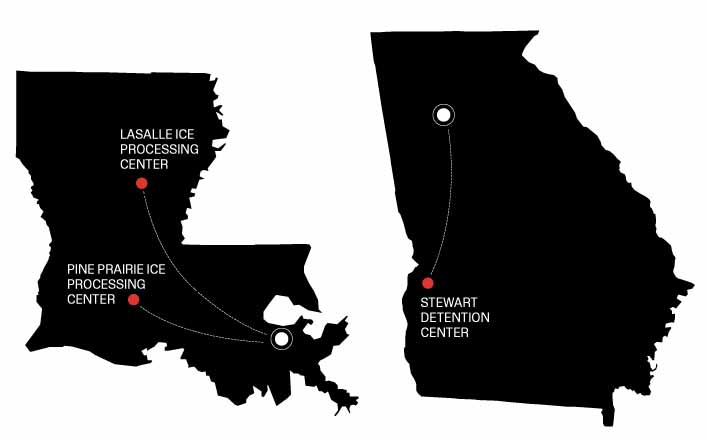 In 2017, the SPLC launched the Southeast Immigrant Freedom Initiative (SIFI), a project initially dedicated to enlisting and training volunteer lawyers to provide free legal representation to detained immigrants in the Southeast. About 250 volunteers, including attorneys, law students and interpreters, came to the Southeast to offer free assistance, only to have client meetings delayed or denied, or find themselves unable to communicate with clients due to limits on electronics that could aid interpretation.

When the lawsuit was filed in 2018, multiple facilities targeted by the complaint had among the lowest attorney representation rates in the country, and the impact was substantial. According to a 2016 SPLC report, detained noncitizens with access to lawyers are 10.5 times more likely to win their cases, compared to detained noncitizens without a lawyer.

Since filing the lawsuit, the SPLC has improved conditions at the LaSalle facility via a settlement agreement reached following the SPLC’s motion for preliminary injunction. The SPLC has defeated attempts by the government to sever the case and transfer it from the U.S. District Court for the District of Columbia to courts in Georgia and Louisiana. The government has also sought to dismiss most of the SPLC’s claims. The case is ongoing.

[1] The lawsuit also challenged the defendants’ failures to ensure access to counsel at Irwin County Detention Center. The facility has since closed following revelations of forced hysterectomies and other abuse of detained noncitizens. The SPLC’s claims regarding Irwin are now moot.

Defendants’ Motion for Judgment on the Pleadings

Defendants’ Reply in Support of Motion for Judgment on the Pleadings