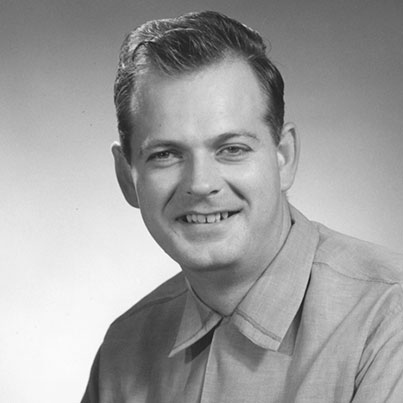 A group of black students stood in line at a whites-only movie theater in Baltimore in 1963, waiting to buy tickets but expecting to go to jail. Sure enough, the police arrived and began arresting the students for trespassing.

In the midst of the black students, the police were astonished to see a white man, William Lewis Moore. A puzzled officer asked Moore if he understood that he was in line to be arrested. Moore explained that if the others couldn’t see the movie because of the color of their skin, then he didn’t want to see it either. He spent that night in jail.

No one in Moore’s hometown of Binghamton, N.Y., was surprised at his willingness to go to jail. He was known for standing up for his beliefs, even when he stood alone, as he usually did.

In Baltimore, he worked as a substitute mail carrier and devoted his free time to writing and demonstrating. Moore felt individuals could be agents of social change simply by acting on their beliefs. To make his point, he used a tactic that seemed natural for a postman: He walked to protest segregation.

Moore planned to walk from Chattanooga, Tenn., to Jackson, Miss. , to deliver a letter in which he urged Gov. Ross Barnett to accept integration. Just south of Collbran, Ala., a white storeowner named Floyd Simpson questioned him. Moore was happy to explain his views.

As Moore was resting by the road in Keener that evening, he was killed by bullets fired at close range from a .22-caliber rifle. Ballistics tests later proved the rifle belonged to Simpson, but no one was ever indicted for the April 23, 1963 murder.

Alabama Gov. George Wallace and President John F. Kennedy denounced the killing. Within a month, 29 young people were arrested in Alabama for trying to finish the walk begun by Moore. They were carrying signs that read “Mississippi or Bust.”