Even though Sally Sylla was born in the West African nation of Guinea, she can’t locate it on a map. She’s lived in Atlanta since she was 5.

The country of her birth is completely foreign to her.

“I’ve been in Georgia forever,” she said. “I know nothing about [Guinea].”

Her parents, fearing political persecution, escaped with her to the United States on a visitor visa in 1993. Now 29, Sally remembers the scar carved on her father’s stomach. “He had political ties over there, and they came after my family,” she said. “Someone stabbed him.”

Sally, however, doesn’t have any real memories of fleeing.

For most of her life, she believed she was a U.S. citizen. She attended high school, where she was captain of the cheerleading squad and step team. She was also a talented dancer, a skill that she continued to practice as an adult. She married her high school sweetheart, and they have two young children, ages 11 and 2.

In 2008, her life began to change forever – changes that led her to the Southeast Immigrant Freedom Initiative (SIFI), a project of the SPLC that enlists pro bono legal counsel for those facing deportation proceedings in the Southeast.

Sally’s troubles began when her father left the U.S. without informing anyone that his family had overstayed their visa. It was only as Sally began to apply for college that she learned she was an undocumented immigrant. But she was in for an even greater shock. On Thanksgiving Day 2008, her family was jarred awake by strangers pounding on the doors of their home. It was Immigration and Customs Enforcement (ICE).

“They popped up in the middle of the night,” she said. “Like a SWAT team, banging down the doors. It was very scary.”

Sally’s younger sister, Sira, vividly remembers the evening that ICE agents – or “the Big Bad Wolf” as she calls them – came knocking. “They looked in everyone’s rooms, in their closets,” said Sira, a 23-year-old U.S. citizen. “They made a big mess, and they told my family there were certain things they could and couldn’t do anymore; they were their puppets now.”

Sally was instructed to check in with ICE every three months. She kept her appointments, never missing a single check-in to help ICE keep tabs on her. But nothing was quite the same after that. Sally’s attitude shifted. She became resentful, even angry at suddenly feeling displaced.

“If I were in her situation, I’d be angry too,” Sira said. “Growing up, she was happy. She was hard-working and warm-hearted. Then all of a sudden, she was scared to go out and scared to do things that her peers could do because of the consequences. It’s really not fair.”

Sally’s ordeal was far from over.

On July 7, 2018, a misunderstanding between Sally and her mother got Sally arrested – and ultimately locked up in the Irwin County Detention Center, an immigrant prison in Ocilla, Georgia. The criminal charges were dismissed, but Sally remains detained by ICE, where she sits, day in and day out, confined to a room with approximately 100 other women in a facility almost 200 miles from her home in Atlanta.

“The guards belittle me – all the time,” Sally said. “They don’t care about us. They belittle me like I’m a nobody. They make all of us feel like we’re animals. They make you feel like you’re not human. The way they treat you is not OK. Right is right and wrong is wrong.”

At night, the guards yell to one another and slam the metal doors shut, waking those asleep. Even if the guards were quiet, getting a good night's sleep would be difficult. The room housing the women has lamps on at all times.

To earn money to phone her two young children, both of whom are U.S. citizens, Sally works for $1 a day. She cleans, mops, wipes down the phones, the tables and the microwave in the facility’s dining area. This is how LaSalle Corrections, the Texas-based private prison company that operates the Irwin County Detention Center, maximizes its earnings.

For meals, Sally is fed only a handful of food. She complains that the rice is watered down, and that everything is piled sloppily together with no hints of flavor. She says that she and her fellow detainees look forward to Wednesday, when bland, boiled chicken is served for lunch. At least they know that it’s chicken, unlike the other days when they are given a black blob of mystery meat.

Sally’s complaint is a common one at the facility. When the SPLC interviewed detained immigrants at Irwin for the 2016 report Shadow Prisons, they raised concerns about the safety, quality and quantity of food served. Several said they became sick after eating the food.

Sally’s day at Irwin is much like the movie Groundhog Day. She wakes up, cleans the facility, eats, reads the Bible, naps and then eats again before going to bed. She’ll repeat the routine day after day for the foreseeable future.

“You can’t run, you can’t do anything here but be in your mind,” she said. “You’re captive.”

While reading the Bible, she prays for her release and for her children. She also prays for the strength to endure the situation.

Being separated from her children has been nearly impossible for Sally to bear, frequently leaving her in tears. Both children suffer from asthma, with the youngest suffering very acute asthma. They’re in her husband’s care, but she’s also concerned about him because his kidneys are failing. She wants to care for her children and do whatever she must to keep her husband alive, but she can’t – not while she’s locked up.

“Sometimes I just feel hopeless,” she said. “It’s very damaging psychologically. I feel like America doesn’t care about me – about us. It feels like there’s nothing I can do.”

‘They would probably kill her’

Sally, however, hasn’t given up. She is fighting to stay in this country. Her husband, a U.S. citizen, filed an I-130 petition to help her obtain legal status. She hopes to be released on an order of supervision to stay with her husband and children while the petition is processed. 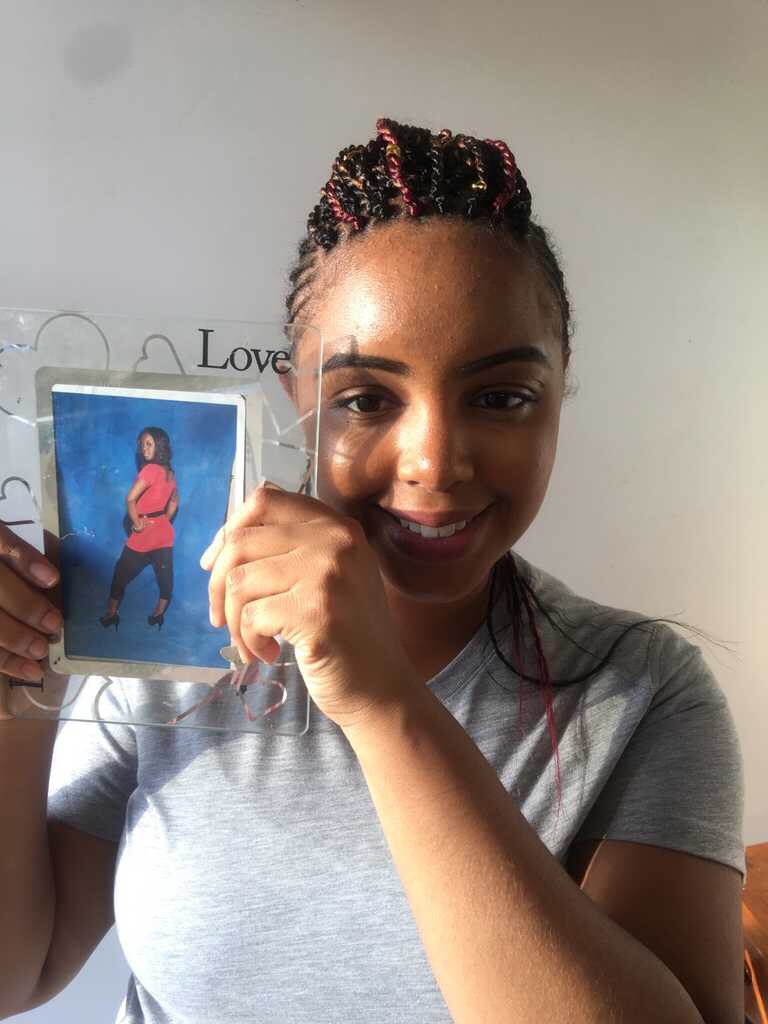 Sally's younger sister Sira, now a 23-year-old U.S. citizen, still remembers the night that ICE—or "The Big Bad Wolf" as she calls it—came knocking at the door. It was the beginning of her sister's entanglement with the U.S. immigration system.

Sally is terrified of returning to Guinea, where the citizens of Conakry, the capital her parents fled over two decades ago, will recognize her last name. In Guinea, there is no real political stability, and tensions between ethnic groups still exist.

“They would probably kill her,” Sira, her sister, said before adding: “I’m sure the people that stabbed my father haven’t let go of their anger toward him.”

SIFI attorneys Elizabeth Matherne and Erin Argueta are representing Sally, but the odds are not in her favor. Sally has no upcoming hearing because she has a previous removal order, meaning she could be deported any day. The SIFI attorneys aren’t deterred. They are determined to keep fighting for Sally.

“I don’t think it is right to send this young mother who grew up in the United States since she was 5 years old and is raising her two young children here back to a country she doesn’t know,” Argueta said. “Tearing this family apart will have long-lasting repercussions not only for her, but also for her U.S. citizen sister, her two U.S. citizen children and their communities here.”

Despite the difficult odds facing Sally, she is fortunate. Unlike far too many detained immigrants, she has counsel, which, according to research, means she is 10-and-a-half times more likely to succeed in her case.

For now, Sally waits in limbo with no real company except the words from her Bible. “I just want to get out of here,” she said. “I’m tired. I’m tired of being hardened. It’s like there’s a hole inside of me, and I feel empty.”

As she waits for her case to be resolved with the help of SIFI, she does the few things she can do now: She continues her daily routine at the immigrant prison, she thinks of the family she longs to see again, and she prays for a better tomorrow.