Several days after the Trump administration began separating children from their parents at the border, our Southeast Immigrant Freedom Initiative (SIFI) received one or two calls from fathers whose children had been taken.

The men were detained at the Stewart Detention Center in Lumpkin, Georgia, one of the sites where we’ve established an office to provide legal representation to detained immigrants.

A day or two later, we were up to four fathers, then five. Now it’s more than 30.

All fathers. Some at Stewart and some at another Immigration and Customs Enforcement (ICE) facility in Folkston, Georgia.

They were among the 30,000 to 40,000 immigrants who sleep in some form of ICE detention every night, each of them separated from their families and loved ones. This in an ostensibly civil, not criminal, law system.

I took on the cases of three men. Each had been separated from his son while seeking asylum in the United States. All of them had established in an initial interview with ICE that they had a “credible fear” of persecution if returned to their home country.

I’ve represented plenty of families as an immigration attorney. But I had never represented a parent whose young child was detained by my government and then sent to another state thousands of miles away. 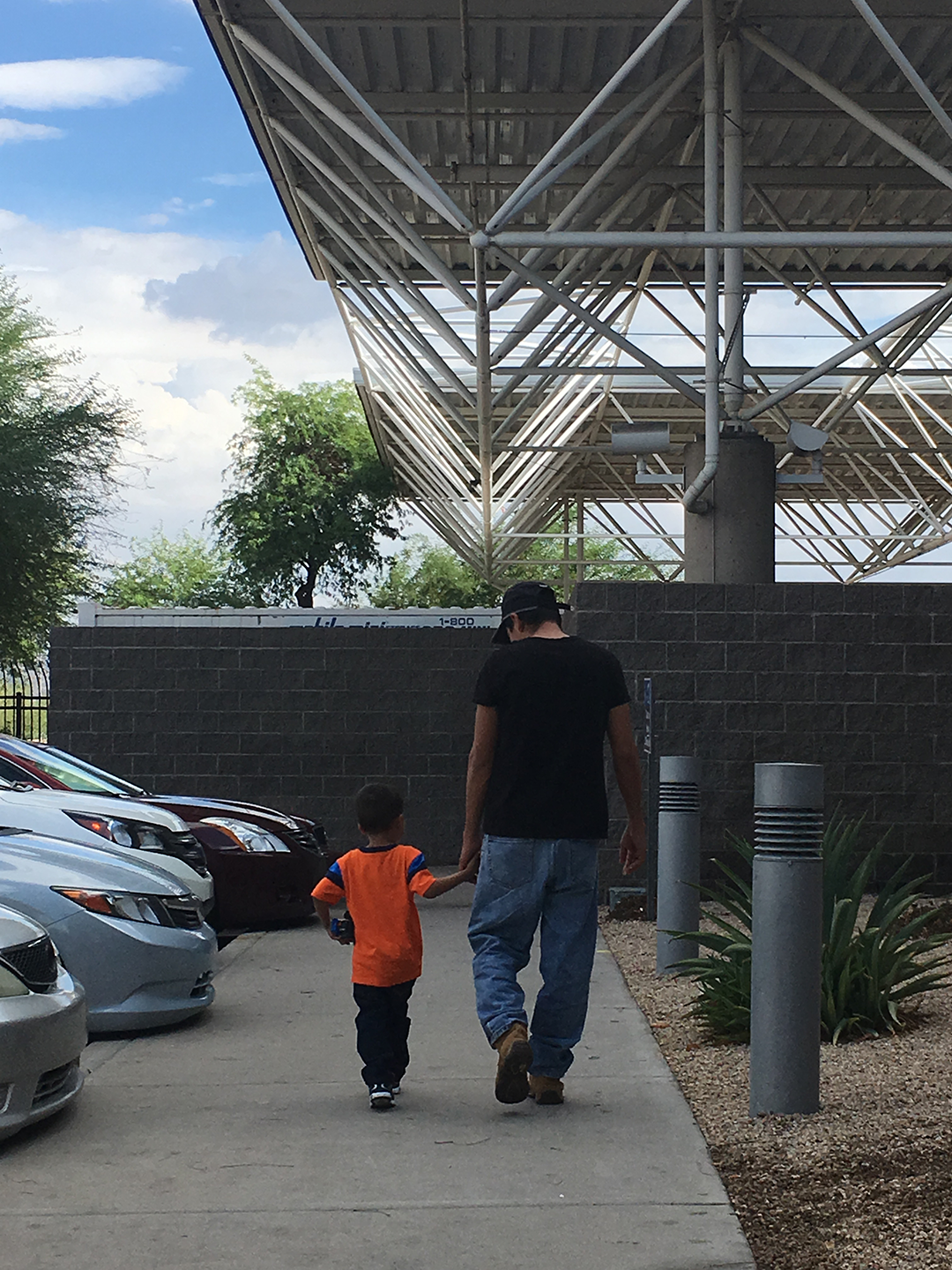 The first thing I did was send the local ICE director a written request for the release of all my clients. I pointed to their credible fear and to a federal judge’s order to reunite families – a ruling that resulted from an ACLU lawsuit. I also noted the overwhelming evidence from pediatricians and mental health professionals that the government policy was essentially child abuse. There really is no such form or application in immigration law known as a “request for release letter.” But neither had there been a moment like this before in modern American immigration policy.

After that, we simply called the ICE office in Atlanta every day. Did you get our request? Is the government going to respond? What is the government’s plan? We read in the press that the government was planning to build massive tent camps in Texas, and we feared our clients would end up there.

Our team had spoken with these fathers about the terrible violence they had experienced – of family members being killed, of being assaulted and threatened with death, and of police in their countries turning a blind eye.

Our client Jose told us he was having headaches. He couldn’t eat. He could barely sleep, and when he did he was wracked with dreams of yearning to be with his son, who is just 3. All he wanted to do was hold his son.

Several days later I awoke to realize I had had a nightmare of being separated from my own son, who was born exactly 366 days before Jose’s.

Jose, 27, fled Honduras in May after receiving death threats from drug traffickers who had killed his uncle. It took 10 days to make the journey to Hidalgo, Texas, an official U.S. port of entry. He came seeking asylum in the exact way the government says is proper.

It didn’t matter. ICE locked him up and took his son anyway.

I continued with my calls. One day we learned Jose had been transferred to Eloy, Arizona. He was now in the same state with his boy. What does this mean? We panicked for a moment. Deportation?

I called the detention center in Eloy. “Who did you say you were? … Are you his attorney? We don’t have your name on file.”

“Well, I filed with your federal agency in Atlanta, Georgia.”

“They told me in Atlanta they sent it to you overnight.”

“Well, we don’t have it. Did you say you were with the Southern Poverty Law Center?”

“Can I talk to a supervisor?”

Another day passed. “Yes, he’s here. The file must be in transit. He really just got here. It’s only been a few days. I really can’t tell you much.”

While not unkind, each officer I spoke to either knew little or could tell me little, for a dizzying and ever-shifting set of reasons. They sounded as if they were in the dark as much as I felt. I pointed out that the government had taken my client and his son into custody and that the federal court was clear that it was their job to put this family back together.

I wanted to know how and when. “Well, I am not the government,” one officer replied.

As the court deadline of Tuesday (July 10) closed in, ICE finally began to confirm my client would be released. Not on Monday, but soon. No one could tell me when. I was becoming almost as frustrated with the secrecy as I was with the policy. If the government really thought this was such a defensible idea, why in the world wouldn’t officials tell us what exactly the plan was?

On Monday, I got a call from Jose. I told him we thought he was going to be free the next day. We couldn’t promise.

I asked if he still planned to travel to Virginia to be with family members. He said he was. That would be a long way, I thought to myself.  “What kind of toys might your little boy like when he gets out?” I asked. “PAW Patrol,” he answered with certainty.

My boy sleeps in a red PAW Patrol bed. In fact, I later realized there hasn’t been a single night in his life he has not slept at our house with us.

I reached out to a friend and SPLC supporter. Could he make a small donation for my client’s child? We wanted to make his father’s wish come true. “Yes, of course,” he answered almost immediately. “How should I send it? I just got married. It will be my first good deed of my married life.”

On Tuesday, I called ICE’s field office in Phoenix. “Who are you? Are you his attorney? I’ll take a message.”

Finally, I got a call. “Jose? With the little baby? Boy?”

With conviction, the officer answered back, “Yes, I think I just saw him come in.”

“You saw him? With your own eyes?”

A couple of hours later, my phone rang. It was a woman this time, not the man I had spoken to before. “I am returning your call,” she said.

“Yes, I was told my client was getting on a bus at 4 p.m. this afternoon. What can you tell me,” I asked, letting myself get a little more excited.

“Well, if an ICE officer called his relative and said that, then that is what’s happening.”

“Well, how do you know that? Because I just told you that’s what I’ve been told, or because you independently know that?”

“Because I am the officer in charge of family reunification in the Phoenix office. Listen, if it weren’t true, we wouldn’t be calling. It’s not like we don’t have anything else to do.”

A couple of hours later, my phone sounded again. I looked down. It was a Face Time call, lit up with Jose’s image. “Abogado Pedro! (Attorney Peter!)”

It was Jose. I couldn’t believe it. I realized I had never seen his face.

I raced to a colleague’s office so we could talk to him together. “God bless you, god bless you!” He kept saying. He turned the phone to show us his little boy. It had been 54 days since he saw him last. They were riding in a car with my colleagues Gracie and Tori on the way from the ICE field office to get lunch. His face flickered between delight and sadness.

The boy was quiet, seemingly in shock. He didn’t say a word, despite his dad’s prodding. He barely managed a wave. My colleague and I were fighting back tears, each of us thinking of our own children.

That night, home in the midst of bedtime with my own kids, the phone rang one more time. “Pedro, it’s Jose,” he nearly shouted in Spanish. “Calling to say again, God bless you. Thank you so much! We are on the bus now!”

They were off, crossing America, the land they had come so far to find. I’d never heard anyone so happy to be on a bus.

We were two fathers, each with our little boys, where we belong.