Yalda Godusi is a third-year law student at Vanderbilt University Law School in Nashville, Tennessee. She recently volunteered for the Southeast Immigrant Freedom Initiative (SIFI) – a project of the SPLC that enlists and trains volunteer lawyers to provide free legal representation to detained immigrants who are facing deportation proceedings in the Southeast.

Yalda wrote an open letter to her friends and family members about what she experienced on her spring break, while volunteering for SIFI on bond and parole cases for detained immigrants at Stewart Detention Center in Lumpkin, Georgia.

This past week was one I will never forget, and I wanted to share it with those of you who mean so much to me. 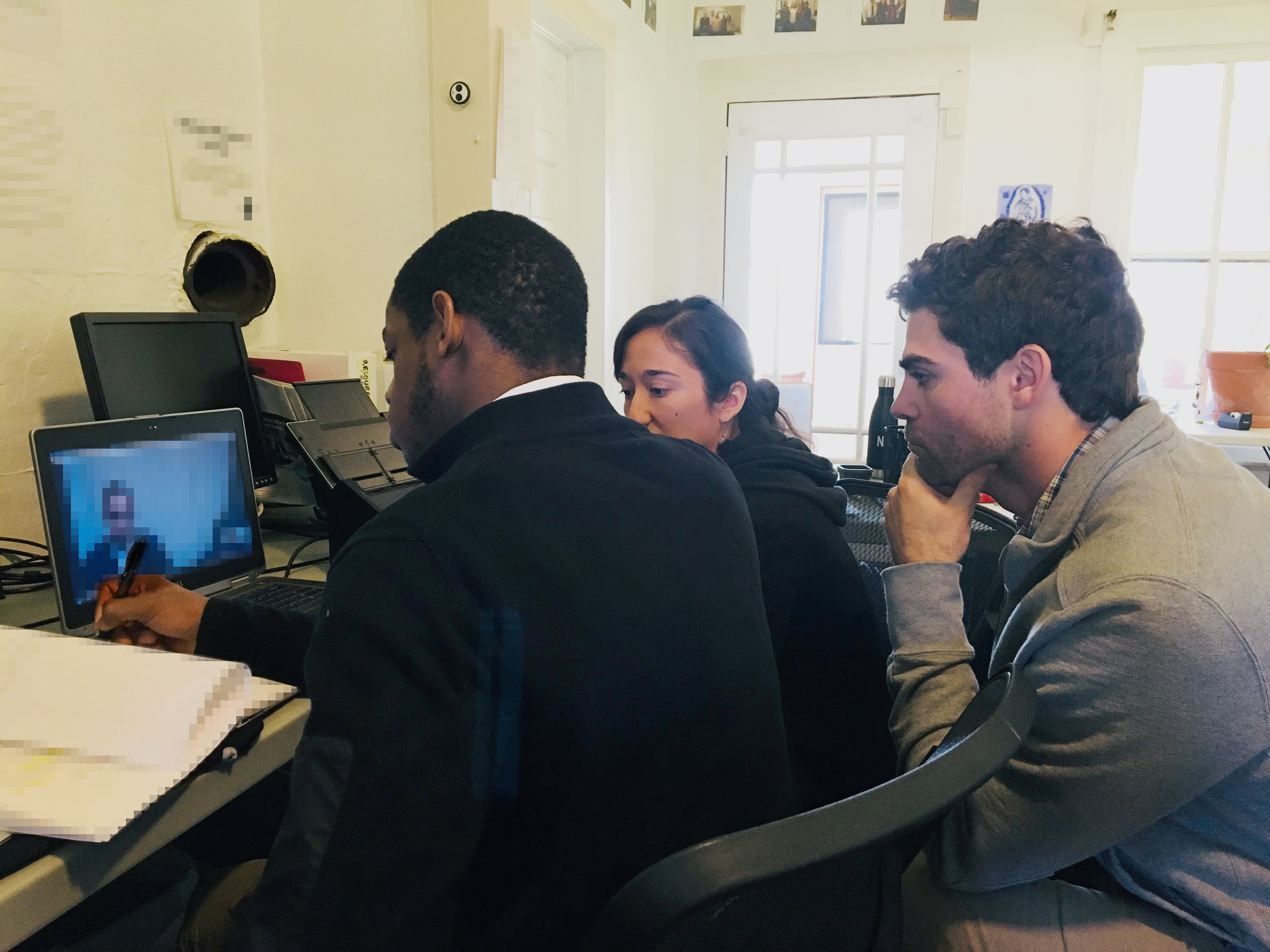 (Left to right) Volunteers Kevin Coker, Yalda Godusi and William Ladd work on a case at the SIFI office in Lumpkin, Georgia.

Six other students and I ventured down to Lumpkin, Georgia for spring break, where we volunteered with the Southern Poverty Law Center. If you haven’t heard of Lumpkin, Georgia, you are not alone. In fact, if you had asked me before this trip to point out Lumpkin on a map, I could not have done so.

Lumpkin is a small town—the population is a little over 1,000—and there are two restaurants that are open Thursday through Saturday. Lumpkin is notoriously known as the home of Stewart Detention Center, which is among the worst, if not the worst immigrant detention center in the country. Stewart currently holds about 1,900 male non-U.S. citizens, many of whom are native Spanish speakers, Arabic speakers and French speakers.

Some of the men I met include: a Cuban national who has a green card and recently went back to Cuba to see his family after 20 years. He has been detained since his arrival in the U.S. Another man from Tanzania has a 21-year-old daughter who is a U.S. citizen. Another came to the U.S. from Mexico on an H2A work visa for sweet potato harvesting, and was detained because he got pulled over for a DUI—and because he was detained, he “overstayed” his work visa.

On my last day, I got to argue in court for release on bond of a very special young man. I won’t say his name for confidentiality concerns, but he’s an 18-year-old from a country in Central America, and his family has been targeted. His brother was killed about a year ago. After his family received more threats, he fled. He left his home, his family, and the only life he knew because he needed a new start. He ventured for a better life—or more accurately, a life—in the land of the free. He reported himself at the border of Arizona and was immediately detained. I was told before my hearing that I shouldn’t have high hopes, and in fact, I should expect to lose. Stewart is a hostile jurisdiction where there are very few “victories.” Well, against all the odds, we were victorious! The young man got bond at the statutory minimum, and it was by far one of the happiest moments of my life. 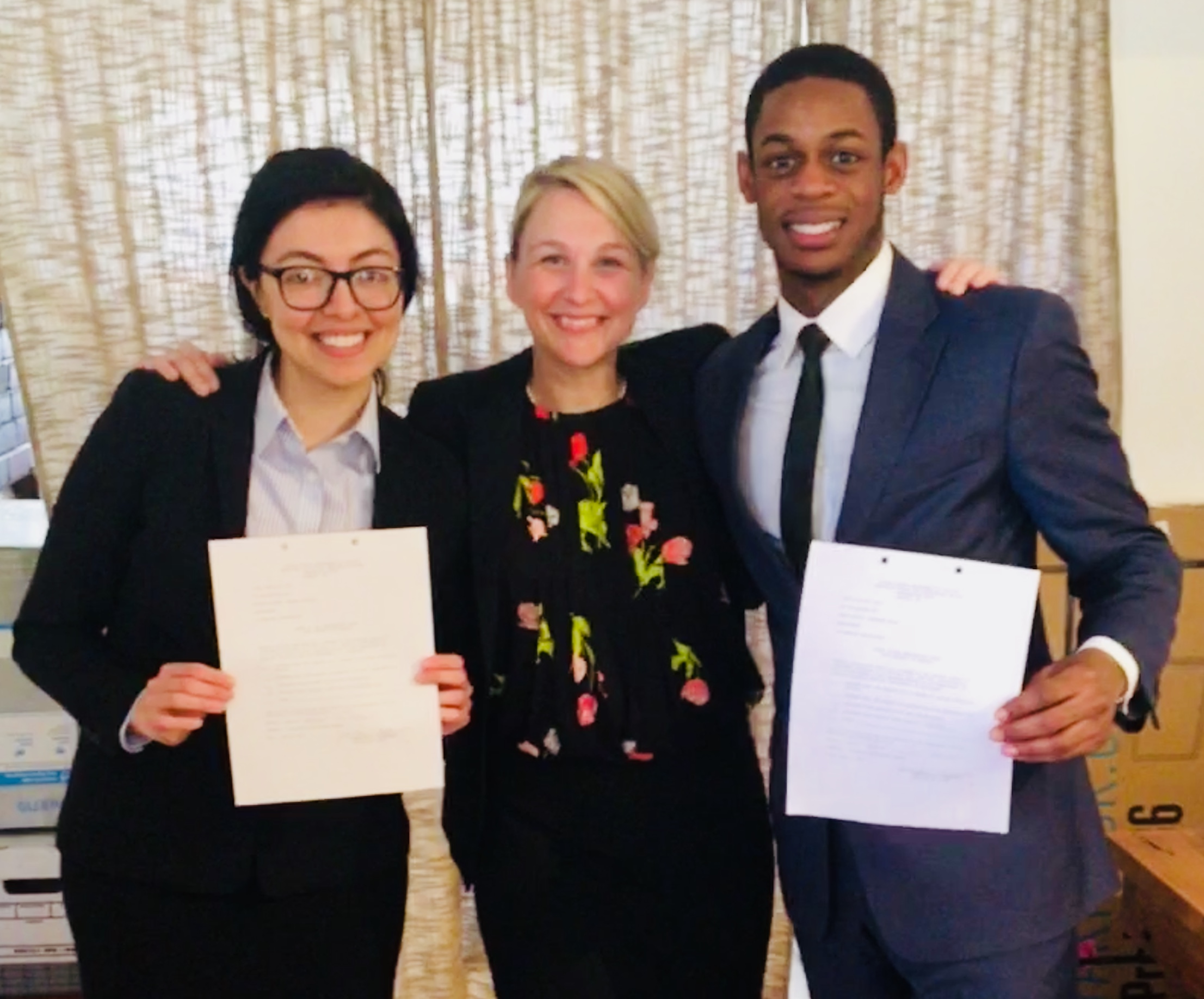 Immigration is an issue very dear to my heart. My parents immigrated here from Iran, and they’ve taught me how to work hard and to set goals. And, more importantly, that this is a country where hard work and dreams can take you places—regardless of your background. They’ve taught me to look at a person’s character—not the color of their skin, the religion they practice, or their last name—and I think that’s something this country needs a little more of right now. I share this with you because we are living in a very interesting time in our country. Where people who look like me and have different names like me—are being targeted. There’s no doubt that I am a patriot, but it’s my patriotism and admiration for this country that fuels my frustration and anger with what I have witnessed this past week—and more broadly, this past year. I know I am going to work on campaigns for this upcoming election in November, and I hope y’all do, too.

P.S. To learn more about detention centers: In December 2017, the U.S. Department of Homeland Security’s (DHS) Office of Inspector General (OIG) looked closely into several detention facilities run by the U.S. Immigration and Customs Enforcement (ICE) agency. Their inspections raised concerns about the treatment and care of ICE detainees at four of the facilities they visited. One of those detention centers was Stewart.