Lynx and Lamb Gaede were twin pop sensations for all the wrong reasons. Their songs dealt with overt white nationalist themes, and even their band, Prussian Blue, was a reference to the distinctive color of Zyklon B residue in the Nazi gas chambers.

Lynx and Lamb Gaede were twin pop sensations for all the wrong reasons. Their songs dealt with overt white nationalist themes, and even their band, Prussian Blue, was a reference to the distinctive color of Zyklon B residue in the Nazi gas chambers. In one of the most infamous photos from their childhood, the girls posed in white T-shirts with a smiley face adorned with Hitler’s toothbrush mustache and neatly parted, jet-black hair.

That’s all over, the girls told The Daily, an online publication, in July.

Lynx and Lamb — once described as the “new face of hate” — say they’ve abandoned the racism foisted on them by their mother, neo-Nazi activist April Gaede, and instead settled into “a place of love and light.”

“I’m glad we were in the band,” Lynx said. “But I think we should have been pushed toward something a little more mainstream and easier for us to handle than being front-men for a belief system that we didn’t completely understand.” Lamb put their transformation more bluntly: “I’m not a white nationalist anymore.”

The girls’ career began in the company of the National Alliance (NA), which was for decades the most dangerous and best organized neo-Nazi formation in America. In 2003, when Lynx and Lamb turned 9, their mother was a prominent member of the NA and began heavily promoting the twins as the young face of white nationalism. While they toured the racist circuit in America and Europe, she kept them out of public school and used pre-civil rights-era textbooks to support a curriculum heavy on Holocaust denial and racial pseudoscience. 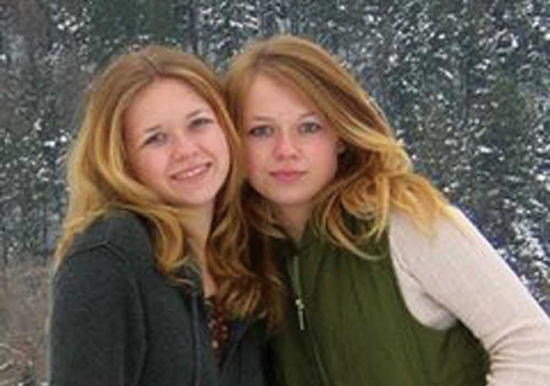 As 20-year-olds, the girls, struggling with health problems, say they're more into marijuana and tolerance.

For the past five years, Lynx and Lamb have been outside the limelight because of health problems. Lynx was diagnosed with cancer during her freshman year of high school, and doctors removed a large tumor from her shoulder. She now suffers from a rare condition called cyclic vomiting syndrome (CVS). Lamb suffers from scoliosis and chronic back pain. They each carry state-issued medical marijuana cards in Montana, where they live with their mother. “I have to say, marijuana saved my life,” Lynx said. “I would probably be dead if I didn’t have it.”

April Gaede, who was reared in central California by ardent white nationalists — including a father who branded his horse and cattle with a swastika — blamed the girls’ defections on the whims of youth. “They’re 19,” she told The Daily. “When they have children of their own, they’ll come to the same conclusions I have.”

Chatting with friends on Facebook the day after The Daily piece came out, Gaede suggested that her daughters were professing a change of heart simply to scam the Jews. “The girls are using the Jews [sic] media to make bank as usual. If they had done anything else they would not have gotten any attention.”

Amid sympathetic messages from Gaede’s white nationalist friends, a Facebook commenter identifying herself as hard-line Arizona nativist Laine Lawless focused on the practical, reminding Gaede to be sure she was paid for any photos used by the media.

“Better to make the judenpresse [German for Jewish media] PAY for pix than to give them away,” Lawless wrote. “Don’t just hand stuff over to them … make them PAY. It’s THEIR WAY; they can understand it.”