Mainstream media coverage of the showdown in southern Nevada over Cliven Bundy’s cattle has so far been scrupulously balanced. 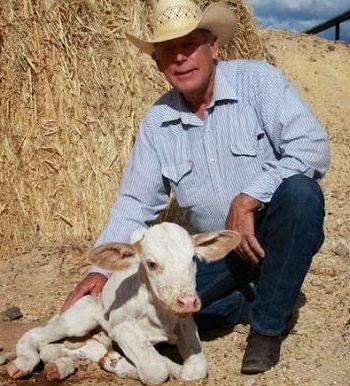 Most outlets – including local TV stations from nearby Las Vegas, as well as cable news outlets CNN and MSNBC – have presented Bundy’s belief that the U.S. government has no jurisdiction over the land on which he grazes his cows as well as the government’s explanation of how it is enforcing land use rules fairly for everyone.

The same cannot be said for right-wing media outlets, led by Fox News, which have steadily characterized the Bundy family as heroic patriots standing up to a tyrannical government. A number of far-right pundits have even been urging people to go to the scene in Clark County to make their presence known.

Fox’s Sean Hannity led the parade of Bundy boosters on Fox, featuring a segment on Tuesday night that included an interview with Bundy and a narrative that presented his claims at face value. Indeed, Hannity himself repeated Bundy’s favorite question: “Why do they own all that land?” (Hannity reportedly plans to devote an entire show to the situation on Monday.)

Fox’s Greta Van Susteren also featured an interview on Thursday with Cliven Bundy and his adult son, Ammon Bundy, who was hit with a Taser during a ruckus on Wednesday. Again, it was a sympathetic report, featuring no countervailing information, and it included an interesting explanation from the father and son regarding their attitudes towards the courts:

VAN SUSTEREN: There’s a court order that says that the federal government can do this. So what’s your response to that.

CLIVEN BUNDY: My response is it’s the wrong court. I’ve never had my due process in a Nevada state court, a court of competent jurisdiction.

AMMON BUNDY: Hey, uh – I like my Dad’s little story he uses to explain the situation. If someone came in and busted into my house and abused my children, and I call the cops, they don’t respond. And then I take them to court, I show up in the courtroom, look on the stand, and it’s the very person that abused my children looking down at me in a black robe. How in the world are we going to get justice in that court?

The Bundys have been receiving support from other right-wing sources, including the Koch-sponsored Americans For Prosperity, which has acted as public boosters for the family’s activities. AFP’s Nevada chapters have been actively promoting anti-Bureau of Land Management stories through social media.

The further to the right the outlet reporting the case, the more extreme the coverage has been. Over at the Drudge Report, the front page’s upper-left hand corner has featured string of updates from the scene with headlines such as:

Family: 'Wake up America...they are taking everything from us'...

At conspiracy-minded Alex Jones’ Infowars, there has been a steady flow of antigoverment “Patriot”-oriented stories, including one in which Bundy called on the local sheriff to begin arresting federal agents.

And at right-wing RevolutionRadio.org, headlines proclaimed that “up to 5,000” militia members were to begin arriving at the scene in Nevada today. “We may well be on the cusp of a serious stand-off involving thousands of people,” the website warned. “Keep in mind that most of them will be armed. Given the circumstances, things could turn very bloody very quickly.”

Indeed, a large number of additional protesters did arrive at the scene today, but fortunately things remained peaceful.