Update: Richard Spencer was released from detention and left Hungary October 7, according to the site Politics.hu. He is banned from entering all twenty-six Schengen states for three years. Those are European countries that have abolished passport and other controls at their common borders.

In the end, it was the little conference that could. 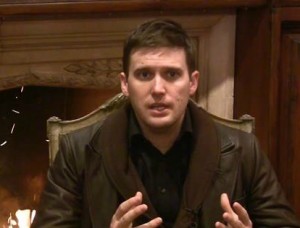 Last week, a key conference scheduled in Budapest by the U.S.-based white nationalist think tank National Policy Institute (NPI) hit several snags. Officials at the planned venue for the conference, the Larus Center, cancelled reservations and the Hungarian prime minister Viktor Orban announced that the government would use “all legal means” to prevent the gathering. Nevertheless, NPI managed to congregate informally in Budapest, and even have a couple of speeches even though Hungarian police broke up a gathering the evening of October 3rd at a restaurant and arrested NPI director Richard Spencer.

Jared Taylor of American Renaissance provided a lengthy blow-by-blow of the hastily organized gathering put together after the formal event was dismantled.

According to Taylor, he arrived in Hungary on Sept.29. By that time, Taylor said, publishing scion William Regnery had been stopped at the Hungarian border, put in a detention cell and then deported to London. The gathering also lost the support and sponsorship of Jobbik, the Hungarian far-right nationalist party whose success has made it the third-largest party in the country—perhaps the largest blow to the conference.

Still, Taylor managed to secure an alternate venue for Saturday, Oct. 4—a private room in The Clock Café, a local restaurant—and arranged a meeting point nearby to direct participants to the new location. 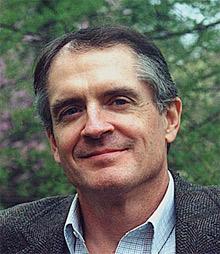 A day later, however, Richard Spencer met informally with other participants at the café and was arrested by Hungarian police and detained. According to Taylor’s report, he will probably be deported this week. Paul Brian, a self-declared “journalist at large,” was on the scene at the café and uploaded a few minutes of it to YouTube.

On the 4th, Taylor claimed that “trusted Spencer associate” Kevin Deanna went to the redirection point and helped shuttle participants to the restaurant. Deanna is the former president of the now-defunct white nationalist student group, Youth for Western Civilization.

Deanna’s presence is surprising. Since he stepped down from the group in 2012, Deanna has dropped out of the public eye and, what’s more, references to Deanna were scrubbed from Taylor’s account sometime before October 6. (The original can still be seen in the Google cache.)

Only two speakers made it to the dinner, though: Taylor and Tomislav Sunic, a Croatian who is part of the academic racist right. Taylor posted a transcript of his own address to the gathering.

Titled “Towards a World Brotherhood of Europeans,” he cheered the “priceless genetic heritage” of Europeans, saying that, “We Europeans, all of us, are united at the most basic level by biology. We are of the same tribe. We, in this room, have a much closer physical kinship to each other than to anyone whose origins are outside of Europe.”

Taylor lamented the shifting demographics in the United States and warned about diversity, saying, “The American ‘diversity’ ideology really means national suicide through immigration: the replacement of European people by non-Europeans. …The state is betraying its deepest obligations when it permits large numbers of aliens to settle in a country. From a cultural or genetic point of view, immigration is no different from armed invasion.”

Taylor then turned apocalyptic. , lamenting further that, “I have not lost just one nation. After losing the Confederate States, I am now losing the United States. I am losing it because my government, which once defended Europe and the genetic heritage of Europe, has opened the gates to an invasion. My country is becoming a monstrous, unheard-of mix without an identity of any kind. America’s own rulers are piling up the bonfires that are destroying it.”

His solution? “Men of Europe, we must stand together. We must struggle together, so that together we will prevail.”

Given the events of the past week, that seems like a tall order.