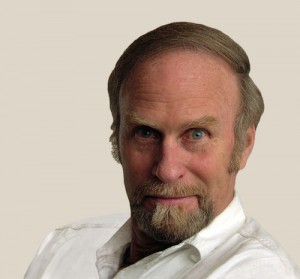 The turn of the year is traditionally the time where people pledge to give up old bad habits. Clearly Frosty Wooldridge, a rabid nativist extremist, didn’t get the message.

In his first column of 2015, published on the right-wing website News with Views, Wooldridge continued his campaign to denigrate Muslims, calling for a ban on all Muslim immigration to the U.S. and warning that no Western country will “survive [Muslim] birthrates or culture.”

“Islam grows in America. This beast roams America in places like Philadelphia where Muslim women walk Market Street where Ben Franklin walked,” Wooldridge wrote. “At some point, we must shut down all Muslim immigration before we lose control of our own country. They prove relentless, uncompromising and unyielding. No such thing as a ‘moderate Muslim!’”

The column is the third installment in a series titled, “Impregnating America With Muslims: Onslaught on our Ethos, Language and Culture.” It also quoted heavily from an October 2014 sermon delivered by Rabbi Shalom Lewis of Congregation Etz Chaim, where Lewis called for a “holy crusade” against Muslim extremists.

Wooldridge has a long history of anti-Muslim vitriol, and he is far from an isolated figure within the broader anti-immigrant movement. He is an advisory board member with the hate group Federation for American Immigration Reform (FAIR), founded by white nationalist John Tanton, the architect of the modern-day anti-immigrant movement. Wooldridge also worked as a “senior writing fellow” for the anti-immigrant group Californians for Population Stabilization (CAPS). Both FAIR and CAPS received funding from the Pioneer Fund, a foundation dedicated to funding the studies of race and intelligence, as well as eugenics, the "science" of breeding superior human beings that was discredited by various Nazi atrocities.

Incidentally, the idea of Muslim immigration diluting western culture has long been a nativist fascination. As early as 2000, for example, FAIR attacked Sen. Spencer Abraham (R-Mich.), an Arab-American, for supporting more high-tech visas for immigrants. In radio and TV ads, FAIR claimed Abraham’s proposal could "make it easier for [Arab] terrorists like Osama bin Laden to export their way of terror to any street in America."

A decade later, in the Fall 2010, Tanton’s anti-immigrant journal The Social Contract (TSC) called for a ban on all Muslim immigration to the U.S. Tanton’s right hand man, K.C. McAlpin, attempted to justify the call for a ban, saying “Congress has used that power in the past to ban the immigration of Communist Party and National Socialist (Nazi) party members who were deemed to be threats to our national security. This case is no different.”

But in reality, for Wooldridge and McAlpin, it is completely different.