A popular gay bar in Seattle – the target of two previous arson-bombing attempts – has been hit again, according to police and fire investigators who are looking for a suspect.

The latest fire at Neighbours nightclub on Seattle's Capitol Hill was reported at 11:30 Friday and was put out before causing significant damage, authorities say.

The fire was started at a doorway in an apparent attempt to block fleeing customers. But the club was closed at the time, and no one was hurt, KOMO-TV in Seattle reported. 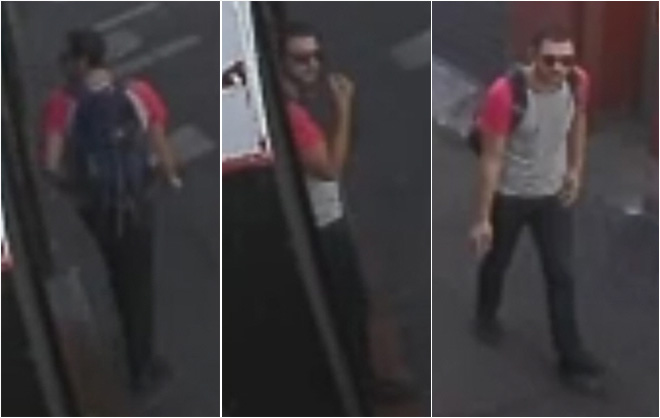 Image of a possible suspect taken from surveillance video.

Police and fire investigators released surveillance video of the suspect wanted for questioning in connection with the arson. He appears to be a white male, with short dark hair, likely about 20- to 30-years-old, wearing sunglasses and carrying a backpack.

One year ago this month, Musab Mohammad Masmari, a Libyan immigrant, was sentenced to 10 years in prison after he pleaded guilty to attempting to burn down Neighbours on New Year’s Eve 2013,  when there were 750 patrons in the club.

Masmari was caught on camera carrying a gasoline container in the bar in Seattle’s Capitol Hill neighborhood shortly before patrons found a stairway engulfed in flames. He struck a plea bargain to avoid being charged with a hate crime, which likely would have resulted in a harsher sentence.

In 1990, three Aryan Nations members also were arrested and subsequently convicted in a plot to firebomb the Seattle nightclub as a way of showing the neo-Nazis’ animous toward gay people. The plot was foiled when FBI agents, working with an informant, arrested the would-be bombers as they drove from the Aryan Nations headquarters near Hayden, Idaho, to Seattle.