Kim Davis isn’t the first person the Liberty Counsel has encouraged to defy the law and disobey a court’s orders.

The Liberty Counsel, an anti-LGBT hate group, has been getting a lot of press recently because of its legal and public defense of Rowan County, Ky., clerk Kim Davis, who was held in contempt of court for her refusal to issue same-sex marriage licenses. Davis contends that doing so will violate her religious beliefs, but she also refused to allow her deputy clerks to issue same-sex marriage licenses in direct violation of court orders, ostensibly on the advice of her Liberty Counsel attorneys.

Davis was released Tuesday from her brief stint in jail, but neither she nor her Liberty Counsel attorneys will say whether she will violate the law again. Meanwhile, supporters of Davis held rallies outside the jail during her incarceration, including one that was being held just before she was released. Davis took the stage along with presidential GOP candidate Mike Huckabee and Liberty Counsel President Mathew “Mat” Staver.

The Liberty Counsel loves a good rally to the cause, especially if it involves defying the law in favor of Christianity and especially if it’s against LGBT people. Indeed, Deputy Rowan County Clerk Nathan Davis (son of Kim) said in August that the county clerk’s office was advised by its attorneys with the Christian law firm Liberty Counsel to continue to refuse marriage licenses to same-sex couples as it appeals, despite rulings stating otherwise.

She did so, and it landed her in jail for contempt of court after several appeals, including to the Supreme Court, in which Davis’s application was more a vitriolic attack on the Obergefell ruling (which made same-sex marriage legal in the United States) than an application.

One writer at Slate expressed concerns that the Counsel and Staver were using Davis’s case “to raise money and boost publicity for his group, going so far as to hold a rally” for her and noting that the Counsel has advised Davis to disobey court rulings, something good attorneys generally don’t do. Even a panel of legal experts on Fox News slammed Staver for claiming that the Supreme Court does not have constitutional authority to rule on same-sex marriage, calling the statement “stunningly obtuse” and “ridiculously stupid.”

But Kim Davis isn’t the first person the Counsel has encouraged to defy the law and disobey a court’s orders because of that pesky homosexuality. And, in the process, drum up a bit of publicity for all parties concerned.

Kidnapping suspect Lisa Miller was also a Liberty Counsel client and, like Davis, was encouraged to break the law by defying court orders. But Miller’s case went very wrong for the Liberty Counsel, and even years later, it continues to unravel, no matter how hard the Counsel tries to avoid it or ignore it.

Back in 2003, Lisa Miller left her then-partner Janet Jenkins, with whom she’d been in a civil union in Vermont. Miller took their daughter with her. Miller moved to Virginia, claiming she was no longer a lesbian. A custody battle ensued. The Liberty Counsel came to Miller’s aid in 2004. Mat Staver (then dean of Liberty University School of Law as well as chair of the Liberty Counsel) and Rena Lindevaldsen (Liberty Counsel and Liberty Law) were Miller’s lead attorneys. 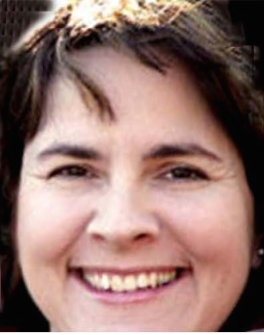 Over the next few years, Miller repeatedly refused to allow her daughter to see Jenkins in direct defiance of court orders. The Liberty Counsel enjoyed a lot of publicity over the case, and kept trying to “rally support” for Miller and the Counsel’s work on the case. Staver and Lindevaldsen even included the case in their required Foundations of Law class at Liberty School of Law, where it was used to teach students that the “right” thing for a lawyer to do in such a case is to counsel their client that they have an obligation to ignore the law and engage in “civil disobedience” in order to uphold God’s law.

But in 2009 things started to go off the rails. A family court in Vermont ruled that Miller transfer full custody of the child to Jenkins by Jan. 1, 2010. Instead, Miller fled the country, taking her daughter to Central America where they allegedly remain. And at that point, Liberty Counsel – which had worked long and hard to make Miller their cause cèlebré – went silent, hurriedly shutting down a Facebook page that Lindevaldsen had established to support Miller. Lindevaldsen also requested to be removed as Miller’s attorney, but the request was rejected. Perhaps she decided to be removed given Miller is wanted by the FBI and Interpol for international kidnapping.

Maybe that’s not quite the “civil disobedience” the Liberty Counsel had in mind.

But the case wouldn’t go away. Jenkins filed a RICO lawsuit in 2012 against several parties who allegedly played a role in helping Miller kidnap her daughter. Among those named was Liberty University School of Law (which was dismissed from the case in 2013) and Response Unlimited, owned by Christian businessman Philip Zodhiates, an alleged acquaintance of Staver’s, who reportedly drove Miller and her daughter from Virginia to Buffalo in September 2009. The pair then allegedly crossed into Canada disguised in the long dresses and scarves of Mennonites and flew to Nicaragua.

Zodhiates’ daughter Victoria was also named. She was working at Liberty Law School (of which Staver was the dean at the time) and is alleged to have sent an email to co-workers at the law school requesting donations for supplies to send to Miller. Zodhiates was indicted for conspiracy on Oct. 8, 2014 (the case is ongoing). And a couple of weeks later, on Oct. 20, Staver’s resignation as dean of Liberty Law was announced. Staver cited his wife’s health and a desire to move on as reasons for stepping down. 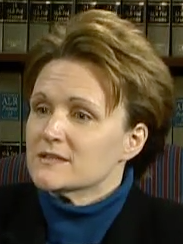 Lindevaldsen (who published a book in 2011 on the Miller case that also warned about the "homosexual agenda") stepped in as interim until the new dean takes the helm next month. But Liberty University isn’t free of Miller just yet. It's been battling its insurance company since the RICO lawsuit over payment of court costs. A U.S. Court of Appeals ruled in July 2015 that the insurance company is not responsible for defense costs incurred in the RICO lawsuit. The university is currently debating what steps to take next.

Fast forward to Kentucky, where the Counsel continues to parade Kim Davis around as their latest poster child for God’s law and Christianity over all. The media circus has expanded even more, because the rabidly antigovernment Oath Keepers have said they’ll be keeping Davis from being arrested again if she fails to uphold her duties as prescribed by law and the courts.

The Oath Keepers are an antigovernment conspiracy-fueled group that played a central role in turning the Bundy Ranch standoff into a near shootout earlier this year. The Oath Keepers website claimed that group founder Stewart Rhodes had “reached out personally to Davis’s legal counsel to offer protection to Kim, to ensure that she will not be illegally detained again.”

It remains to be seen what the Liberty Counsel will advise Kim Davis to do next. Perhaps they might want to think back on what happened with Lisa Miller for guidance.