This weekend, the tenth annual Values Voter Summit (VVS) will take place at the Omni Shoreham Hotel in Washington, D.C. The event, put on by a number of anti-LGBT hate groups features anti-Muslim and anti-LGBT activists prominently this year.

With the anti-LGBT movement up in arms following the U.S. Supreme Court’s decision to legalize same-sex marriage, and the far religious right claiming their faith under attack, the tenth annual Values Voter Summit (VVS) once again is aligning with the radical right.

Beginning on Friday, VVS will take place at the Omni Shoreham Hotel in Washington, D.C. Sponsored by a number of anti-LGBT hate groups, the conference comes as Rowan County, Ky., clerk Kim Davis defied the Supreme Court and went to jail, catapulting her fame on the anti-LGBT right. Davis is set to receive an award at the VVS summit.

This summer has also seen anti-Muslim rhetoric reach a boiling point, with attacks on Muslims coming from all ends of the political spectrum — from established hate groups to GOP presidential candidates.

Below are some examples of the most extreme anti-LGBT and anti-Muslim groups and activists attending the 2015 VVS summit. Many GOP candidates and other elected officials will also be on hand this year. 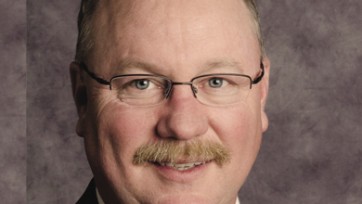 The American Family Association (AFA), an anti-LGBT hate group, as always, has stepped up to sponsor this year’s VVS, and it brings in tow a track record of visceral anti-LGBT rhetoric under the banner of “traditional moral values.”

What we reject is the idea that you can take homosexuality, which in the Bible is defined as a sin … it’s unnatural, it’s immoral, it’s unhealthy, and laud it and call it wonderful and say this is the same as heterosexuality. It is not. … We know this is a destructive lifestyle and behavior… .” In 2014 he claimed he could recognize gay mannerisms, stating “They have these effeminate, a lot of them, actions. They walk like a girl, a lot of them. … [I]t makes you wonder, how did that develop, where does that come from?”

Despite such beliefs, AFA enjoys a close relationship with a number of elected officials. Earlier this year, in fact, it offered members of the Republican National Committee an all expenses paid trip to Israel. The trip was widely criticized and resulted in RNC chair Reince Priebus pulling out at the last minute. During the 2016 campaign trail, GOP candidate Ted Cruz made a campaign stop in Tupelo, Miss., and visited the AFA offices. 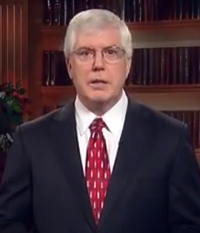 A past sponsor of the event, the Liberty Counsel bills itself as a non-profit litigation, education and policy organization that provides legal counsel and pro bono assistance in cases dealing with religious liberty, “the sanctity of human life" and the family. But in reality, its agenda is to bash the LGBT community and represent others who do in court.

But it has had its share of controversies, perhaps none so prominent as its involvement in the ordeal of a kidnapped child in 2009, when Counsel president Mat Staver and Rena Lindevaldsen represented Lisa Miller in a case against her partner, Janet Jenkinss, over the custody of their child. Miller claimed to have “renounced homosexuality,” but repeatedly denied court-ordered visitations. She then fled the country with the couple’s child after custody of was granted to Jenkins.

More recently, the Counsel has taken a leading role in defending Rowan County, Ky., clerk Kim Davis, who has refused to grant same-sex couples marriage licenses. Davis claimed that her religion would not allow her to sign such licenses. She was then found in contempt of court for failing to uphold her duties as an elected official, though the Liberty Counsel has made her a cause célebrè for the anti-LGBT right. She appealed the ruling with the Supreme Court, which refused to hear her case. 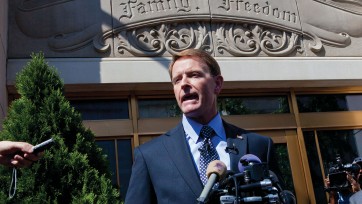 The primary VVS organizer annually is the Family Research Council (FRC), which bills itself as “the leading voice for the family in our nation’s halls of power.” But its real specialty is defaming gays and lesbians. The FRC often makes false claims about the LGBT community based on discredited research and junk science. The intention is to denigrate LGBT people in its battles against same-sex marriage, hate crimes laws, anti-bullying programs and the repeal of the military’s “Don’t Ask, Don’t Tell” policy.

Tony Perkins, FRC’s president, has in recent years taken the group in a harder anti-LGBT direction, using it to publish false propaganda and contending that gay rights advocates intend to round up Christians in “boxcars.”

His own political history is sordid. Perkins once purchased Klansman David Duke’s mailing list for use in a Louisiana political campaign he was managing. In 2001, he gave a speech to a Louisiana chapter of the Council of Conservative Citizens, the white nationalist group Charleston shooter Dylann Roof credited with introducing him to white nationalism. And in a 2011 AFA fundraising letter, he attacked the “It Gets Better” campaign.

“[The videos] are aimed at persuading kids that although they’ll face struggles and perhaps bullying for ‘coming out’ as homosexual (or transgendered or some other perversion), life will get better. … It’s disgusting. And it’s part of a concerted effort to persuade kids that homosexuality is okay and actually to recruit them into that lifestyle.”

In 2010 he wrote on the FRC website, “While activists like to claim that pedophilia is a completely distinct orientation from homosexuality, evidence shows a disproportionate overlap between the two. … It is a homosexual problem.” 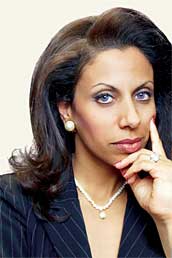 Brigitte Gabriel, head of the largest grassroots anti-Muslim group in the country, ACT! for America, is scheduled to address the VVS summit this year. Gabriel has been described by The New York Times Magazine as a “radical Islamophobe,” and it’s not hard to see why.

In a 2007 course at the Department of Defense’s Joint Forces Staff College, she said that any “practicing Muslim who believes the word of the Koran to be the word of Allah … who goes to mosque and prays every Friday, who prays five times a day — this practicing Muslim, who believes in the teachings of the Koran, cannot be a loyal citizen of the United States.” The same year, The Australian Jewish News quoted her saying, “Every practicing Muslim is a radical Muslim.” Four years later, she claimed that “[t]ens of thousands of Islamic militants now reside in America, operating in sleeper cells, attending our colleges and universities.”

In response to the Syrian refugee crisis, ACT has increased its anti-refugee rhetoric and organizing. ACT recently started a Refugee Resettlement Working Group designed to push back against the resettlement of refugees in the U.S., claiming that terrorists are gaining entry to the U.S. through this policy. It remains to be seen whether Gabriel uses her speech to focus on the refugee issue. 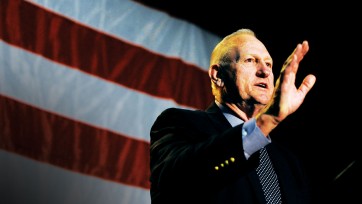 "Jerry" Boykin, Jr. insists he is not anti-Muslim, but refers to followers of Islam as "evil." After years in the military, he now works for Family Research Council, an anti-LGBT hate group.

As a lieutenant general in the U.S. Army, Jerry Boykin distinguished himself as a member of the Army’s elite special operations, counter-terrorism unit. But since retiring, Boykin has taken on the role as vice president for the Family Research Council.

Like Perkins, Boykin has made a number of anti-LGBT statements and peddled anti-Muslim conspiracy theories, most notably that the Muslim Brotherhood has infiltrated the U.S. government. In 2010 he claimed Islam “should not be protected under the First Amendment” and has since warned that Muslim immigration is plunging the U.S. and Europe into “darkness.”

At this year’s VVS, Boykin is moderating a panel called “The Islamic Threat — Women Who Know the Truth — the Latest to make SPLC’s Hate List.” The panel is a response to an SPLC Intelligence Report article published earlier this year profiling the most prominent women in the anti-Muslim movement.

Joining Boykin are Diana West, a syndicated columnist and the author of two books, and Clare Lopez, a senior fellow at the anti-Muslim “think tank” Center for Security Policy (CSP) run by rabid Islamophobe, Frank Gaffney. The three are among the most predominant pushers of the conspiracy theory that Muslims are infiltrating the federal government to implement Sharia law. West, particularly, has targeted Hilary Clinton’s aide, Huma Abedin, calling her “a veritable Muslim Brotherhood princess” with “privileged access to U.S. policymaking.”

West is a senior fellow at the Clarion Project, which specializes in rabidly anti-Muslim films, and co-founder of the Iran Policy Committee, whose advisors have called President Obama a “radical Islamic sympathizer.” Like West, Lopez has also targeted Huma Abedin, claiming she is linked to the Muslim Brotherhood.

As in previous years, a number of elected officials, including congressmen, governors and political candidates are scheduled to participate at the VVS summit.

The SPLC, together with Faithful America, GLAAD, the Human Rights Campaign and People for the American Way sent a letter today to each public servant invited to speak, encouraging them not to lend the credibility of their office to the summit.