Antigovernment sovereign citizen Rick Van Thiel is accused of practicing medicine without a license in a ramshackle trailer described as a scene from a horror movie.

Now Van Thiel is in jail there, accused of practicing medicine without a license and claiming to have performed dozens of abortions, circumcisions, castrations, root canals, even cancer treatments.

Meanwhile, the FBI, the Southern Nevada Health District and the Las Vegas Metropolitan Police Department are attempting to locate more than 100 former “patients” of the sovereign citizen-physician who calls himself “Dr. Rick.” 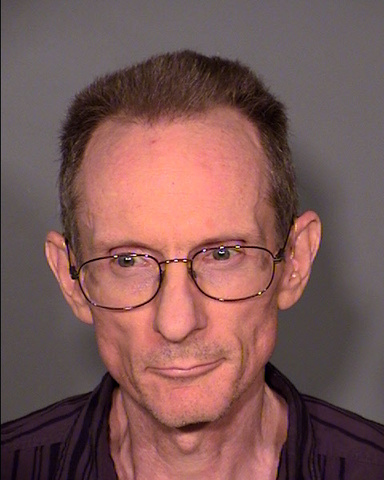 His patients — treated in a ramshackle trailer described as a scene from a horror movie — likely were drawn in by his ads promoting holistic medicine and natural remedies and denouncing conventional medicine, vaccinations, the pharmaceutical industry, GMOs and government interference with health care.

One of Van Thiel’s former patients, ABC News reports, is Devon Campbell Newman, who was arrested in August 2013 as part of an alleged sovereign citizen plot to kidnap and kill police officers.

As reported then by Hatewatch, Newman, 67, was arrested with convicted sex offender David Allen Brutsche, 42, who said he was willing to kill police or “anyone that tries to stop the cause of liberty,”

Newman pleaded guilty to a reduced misdemeanor charge and received probation after agreeing to talk with investigators about receiving cancer treatment from Van Thiel. That now seems to suggest Van Thiel has been on investigators’ radar for at least two years, apparently while they worked to build a strong criminal case against him.

He will be in court later this month in Las Vegas – acting as his own attorney, a frequent practice for sovereigns.

“We do NATURAL REMEDY RESEARCH for the purpose of increasing quality and span of life, one human being at a time,” Van Thiel claims on one of his websites. “Unlike the American medical industry's toxic drug-dealing doctors, we don't see you as your disease.”

Like other extremists, Van Thiel claims chemtrails are evidence the U.S. government is secretly poisoning its citizens.

“I contract privately with people [and] do not contract with government employees of any kind,” he said in advertising his medical services.

“The purpose of this site is not to beg for FDA endorsement or to diagnose or treat disease, it is to help you make informed decisions necessary to take control of your own life and health, and now to care for it in the manor [sic] you decide is best for you,” a passage on the site reads.

The ongoing investigation of David “Rick” Van Thiel and his associates rekindled on Aug. 7 when the City of Las Vegas business licensing officials received a complaint about an unlicensed medical practice in a residential neighborhood located near the intersection of Owens Avenue and Nellis Boulevard.

FBI agents, armed with a federal search warrant, raided the property on Sept. 30 and shut down the illegal medical practice that day, the Las Vegas Journal-Review reported.

Van Thiel, 52, was arrested Oct. 2 and currently is being held in the Clark County Detention Center on state charges of practicing medicine without a license; possession of a firearm by a felon; possession of illegal drugs and illegally providing illegal drugs. He also may face federal charges.

At the site of his unlicensed clinic on Monroe Avenue, police located video surveillance towers outside a residence. They searched the home, a semi-truck container, three storage sheds, a motor home and a trailer where authorities said they believe illegal medical procedures were carried out.

Authorities have not divulged if they found evidence during the search linking Van Thiel to the sovereign citizen movement – labeled by the FBI as one of the most-significant domestic terrorism threats in the United States.

Names of people Van Thiel illegally treated and names of prospective patients reportedly were among more than 140 pieces of evidence, including computers and hard drives, seized during the search, the Las Vegas newspaper reported.

The Las Vegas newspaper interviewed a former patient who said she sought holistic treatment for insomnia at Van Thiel’s clinic, but was shocked at what she discovered when she entered the gated compound.

“There were multiple trailers in the backyard and clutter everywhere,” the woman told the newspaper, describing “people sitting around, drinking beer and smoking cigarettes, in what looked like a campground.”

“I was scared,” the former patient said. “A million things were crossing my mind. I'm like freaking out inside. It looked like something out of a horror movie.”

Authorities say Van Thiel never went to medical school and certainly isn’t a physician. But he is an ex-con who’s served prison time in California and Nevada for battery, robbery, attempted robbery, burglary and assault.

He’s also been deeply involved in the sometimes violent sovereign citizens movement – which has deep roots in Nevada and Utah – since at least 2012, public court documents reveal.

After that arrest, Van Thiel filed a federal civil damages suit against the arresting officer and other unnamed Las Vegas police defendants, acting as his own attorney, which is typical of sovereigns.

In language often invoked by sovereigns, he claimed in the lawsuit that Las Vegas police had violated his constitutional rights as a “natural born People of the united States of America.” Because natural born people are sovereign, Van Thiel said in court filings he had a constitutional right to make his living in any manner he chooses -- even as a male prostitute and escort.

Less than eight months later, however, he moved to dismiss the lawsuit he filed, opting apparently to be a self-styled doctor instead of a self-styled attorney.

On one of his medical websites, he said his nickname is “not intended to infer state sanction or Rockefeller drug pushing training.” The purpose of his Internet site, Van Thiel said, “is not to beg for FDA [U.S. Food and Drug Administration] endorsement or to diagnose or treat disease.”

Since his arrest, Van Thiel has told reporters in jail interviews that he learned medical procedures by watching YouTube videos.

On another site, he admits to performing illegal abortions, explaining, “I didn't make the decision to perform abortions lightly,” but “was talked into it” by a woman who “actually begged me into doing an abortion for her by convincing me that she messed the baby up with drug and alcohol abuse.”

Women contemplating an abortion, he said, should ask themselves, “Is the baby you're about to have going to be your baby to love, raise as you see fit, and enjoy … or is this new life going to be born and immediately doomed to be another citizen, i.e. property of the people that call themselves ‘government?’”

The government, he claimed, is composed of “looting parasites” who will claim they have the legal right to “expropriate your child … because you refused to allow your child to be injected with toxic vaccines” or favor home schooling.

Van Thiel contends prostitution and practicing medicine shouldn't be regulated by the government because they involve “only consenting individuals.” He claims to have studied health and anatomy for 28 years, telling the Las Vegas paper he “has treated hundreds of patients.”

Van Thiel claims on his website that he treats “morgellons,” a delusional symptom in which patients claim they are infested with disease-causing agents. “Dr. Rick” says the ailment “should be called Genetically Modified Organism Disease” that is a secret government “bio-weapon that has been unleashed on humanity via genetically modified food and Geo-engineering (chemtrails).”

“The only way people will ever stop getting morgellons,” he claimed, is “when the [U.S. Air Force] stops attacking us with it and when people stop eating genetically modified food. That is unless you are just so spiritual that you move the chemtrails out of your path.”