In a Reuters article published today, anti-LGBT activist and evangelical “kingmaker” David Lane is reported to be making progress in his operation ahead of the 2016 elections. 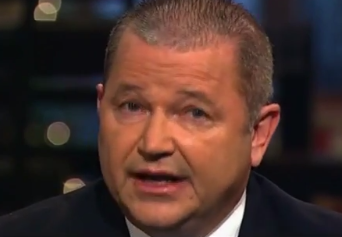 Lane, who has admitted he's a political operative, is the founder of the American Renewal Project (ARP), which is run under the sponsorship of the American Family Association (AFA), an anti-LGBT hate group. In 2008, Lane described his project as an effort to “[mobilize] pastors and pews to restore America to her Judeo-Christian heritage.”

Lane claims to have recruited 500 evangelical pastors to run for office in 2016. Reuters reports that some of Lane’s recruits are likely violating IRS rules:

In some instances, pastors are trumpeting their candidacies or those of other evangelicals directly from the pulpit, in violation of Internal Revenue Service rules governing tax-exempt churches. Some are launching church-wide voter registration drives.

One, Brad Atkins, pastor of South Carolina's Powdersville First Baptist Church, said he has just finished registering every eligible voter in his church of 300. “I even lick the envelope and stick on the stamp for them,” said Atkins.

Many churches have been taunting the IRS since the last presidential election:

Since 2012, about 900 preachers from evangelical fundamentalist churches across the United States have made recordings of politically infused sermons and sent them to the IRS. The federal tax agency, which declined to comment, has yet to take any action.

Lane says he is organizing weekly all-expenses-paid conferences in hotels around the country for “far-right pastors and their wives,” which will feature lectures on how to run political campaigns and get out the vote. "This is war," Lane told right-wing radio host Janet Mefferd in 2014. The main focus of his efforts, he said, is to "reclaim" America's Judeo-Christian heritage which, he alleged, has been "stolen" by the "false god" of secularism. He was also involved in the early 2015 attempt by AFA and ARP to take every member of the Republican National Committee on an all-expenses paid trip to Israel, which ended up garnering national media attention, resulting in the AFA distancing itself from its own spokesman, Bryan Fischer, and even bringing condemnation for the trip from fellow conservatives. The trip went on, but RNC head Reince Preibus dropped out at the last minute.

Reuters reports that the funding for Lane’s operation is coming from the billionaire Wilks brothers, one of whom, Farris, is a pastor at the Assembly of Yahweh 7th Day church, located about halfway between Cisco and Rising Star, Texas. The church is part of the "Sacred Name Movement" (SNM) which developed in the early 20th century out of the Church of God (Seventh Day) movement. Adherents believe that only ancient Hebrew names be used for God and Jesus; any other name is considered blasphemous. SNM followers are also required to obey Old Testament Law, especially the commands regarding the seventh-day Sabbath, Kosher food laws, and Jewish festivals. According to a PDF made available in September by Reuters, doctrinal beliefs of Wilks' church state that homosexuality and "willful abortion" are serious crimes.

The Wilks family made its money in oil and gas -- fracking, specifically -- and Farris and wife Joanne created The Thirteen Foundation in 2011, each putting $50 million into it. Since then, they've used the foundation to fund several right-leaning organizations. In 2011 and 2012, for example, the foundation gave a million dollars to the Liberty Counsel and a half-million to the Family Research Council, both anti-LGBT hate groups. Other funds went to aggressive right-wing groups that are part of the Koch Brothers network. Farris and younger brother Dan, along with their wives, gave $15 million in July to a super PAC for presidential candidate Ted Cruz, which makes them the largest donors for a candidate in the 2016 race.

Whether or not Lane can reach his goal of 1,000 pastors, he has money and can already claim a recent victory: several of his recruits were “instrumental” in the transphobic campaign to repeal Houston’s Equal Rights Ordinance, an effort that included a number of other far-right anti-LGBT groups.