Pierce, who has described “Islam, Judaism and other foreign religions [as] dogmas that are opposed to Biblical Morality,” addressed the company’s decision on Wednesday. 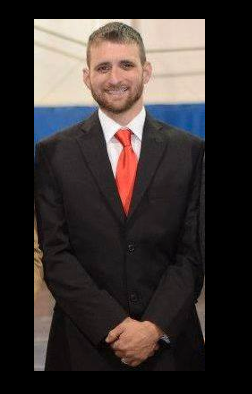 “If everyone that supports me could spare one or two dollars then I could easily raise enough for any and all advertising I would need associated with this campaign,” Pierce wrote in a Facebook post. “The Go Fund Me website [sic] has removed me so if you would like to donate to the Campaign [sic] you can message me and I’ll send you my mailing address.”

Pierce has been actively engaged in the white nationalist community for more than five years.

A national board member for the white nationalist Council of Conservative Citizens (CCC), an organization that “oppose[s] all efforts to mix the races of mankind, to promote non-white races over the European-American people,” Pierce received the CCC's activism award at the group's annual conference in 2011. Since joining the organization, he has attended several CCC sponsored events, including “Celt Fest,” a social function billed as a place to “meet other white folks [and to] embrace White Celtic Culture and Lineage!”

During the 2012 presidential election, Pierce helped well-known anti-Semite Merlin Lloyd Miller, the presidential candidate for the American Third Position (renamed the American Freedom Party in 2013), get on the ballot in Tennessee.

Besides working with the suit-and-tie set of American white nationalists, Pierce also was involved in the racist skinhead scene. He attended a demonstration against drug abuse in Knoxville organized by Blood and Honour American Division and a social gathering coordinated by the defunct racist skinhead group Volksfront in 2011.

GoFundMe would not reveal the details or reasons for closing Pierce’s account.