American Renaissance is having an identity crisis. Along with the usual cast of white nationalists scheduled for this year’s conference, the group has chosen to prominently feature a self-proclaimed anti-Semitic “Mexican nationalist.” 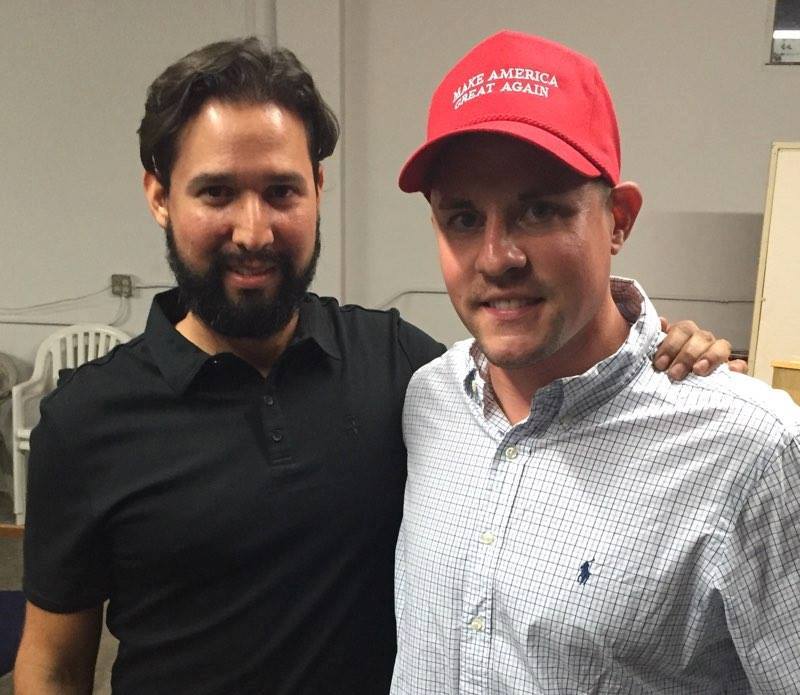 Fernando Cortés' participation at a conference organized by avowed racists who make a living distributing misinformation and spreading fear about people of color and immigrants comes as a surprise, for obvious reasons. Even more surprising is Cortés' presentation at the conference, scheduled in May. Its title? “Massive Mexican Immigration: A Business of Crooks.”

In his short biography on the conference announcement page, Cortés identifies himself as a supporter of Identitarianism, but he has fingers in many elements of the radical right.

In May of 2015, Cortés was the emcee for what was billed as the “First International Identitarian Congress” in Guadalajara, Mexico. The event, in honor of the 100th birthday of Salvador Borrego, a historical revisionist, was a gathering of renowned anti-Semites and Holocaust deniers, including Ernst Zündel, Mark Weber, and David Duke.

Following the Guadalajara event, Cortés appeared on David Duke’s radio program, where he told the former Grand Dragon, “We [Mexican nationalists] understand the attack and the genocide that is trying to be done with the European and white Americans and we are against it. … The people in the United States, they believe that we want massive immigration, that we think it’s a good thing, that we’re taking advantage. We understand perfectly that it erodes the fabric of your society, that it’s toxic for your nation. It’s also toxic for our nation.”

Minutes later, Duke applauded Cortés for his “big role” in the conference before expounding on the real enemy.

“We have to understand that we have enough enemies in the Jewish supremacists who are trying to genocide our heritage, to control the world, to defile our culture, our heritage, get our kids on drugs, and all sorts of degeneracies, to destroy the eugenic heritage of our country,” said Duke. “We have to understand that we also have friends around the world. We have to be friends with and coordinate with because we have a global problem.”

Cortés invitation to this year’s American Renaissance is bizarre. Not only because he is Hispanic, and by nature of his race regularly denigrated by the organization, but also because he is a known associate of high-profile holocaust deniers –– an increasing point of internal discord at American Renaissance events. Also, American Renaissance just released a revised edition of one of its founder Jared Taylor’s books, The Color of Crime. Its major “findings” include the assertion that, “Hispanics commit violent crimes at roughly three times the white rate,” and that, “the single best indicator of violent crime levels in an area is the percentage of the population that is Black and Hispanic.”

Duke, for example, was confronted at the 2006 AmRen conference by a Jewish astrophysicist and longtime attendee, Michael Hart, after he said, “There is power in the world that dominates our media, influences our government and that has led to the internal destruction of our will and spirit.” Duke declined to name the “power,” a thinly veiled reference to Jews, and Hart got up from his seat, approached the podium, and yelled, “You f------ Nazi, you’ve disgraced this meeting.”

Several months later, Taylor published an article titled “Jews and American Renaissance,” in which he stated that Jews “have a valuable role” to play and that those who disagreed could “stay home.” Taylor has largely avoided the “Jewish question,” a fascination of many of the conference’s regular attendees, since.

This year’s conference is focused on the rise of Donald Trump and what he means for the ideas of the radical right. Cortés joins regular white nationalist speakers such as Peter Brimelow, editor of VDARE.com; James Edwards, host of the radio program, The Political Cesspool; RamZPaul, a satirical, racist YouTube personality; and Sam Dickson, a former Klan lawyer and longtime speaker.