In late May of that year, Mair was one of between 15 and 20 racist activists who convened in a private room at a pub near the Strand, a major thoroughfare in central London, according to Todd Blodgett, an American who was then a paid informant for the FBI and also met with MI5. Blodgett had helped arrange the meeting at the request of William Pierce, then head of the neo-Nazi National Alliance, and paid close to 800 pounds for the space and the food and alcohol that was served.

“Pierce wanted to make inroads with the European market in terms of the music, distribution and getting bands signed,” Blodgett told Hatewatch. “I had started working with the FBI in March of that year and that was one of the first things I told them, that Pierce wants me to convene a bunch of people in London.” Blodgett was sent to London with a group of federal agents who were his controllers, he said.

“From what I could surmise, Tommy Mair was loosely affiliated with the Leeds chapter of the National Alliance,” Blodgett said. “He was a working class kind of guy who I think was very well read. He was self-educated. I remember he talked about a book he read by [David] Irving,” an infamous British Holocaust denier. At one point, Blodgett mentioned Winston Churchill to Mair during the two- to three-hour meeting. “As soon as I said that, he kind of made a face and he referred to Churchill as a k----loving bastard,” he said. “I still remember that.” 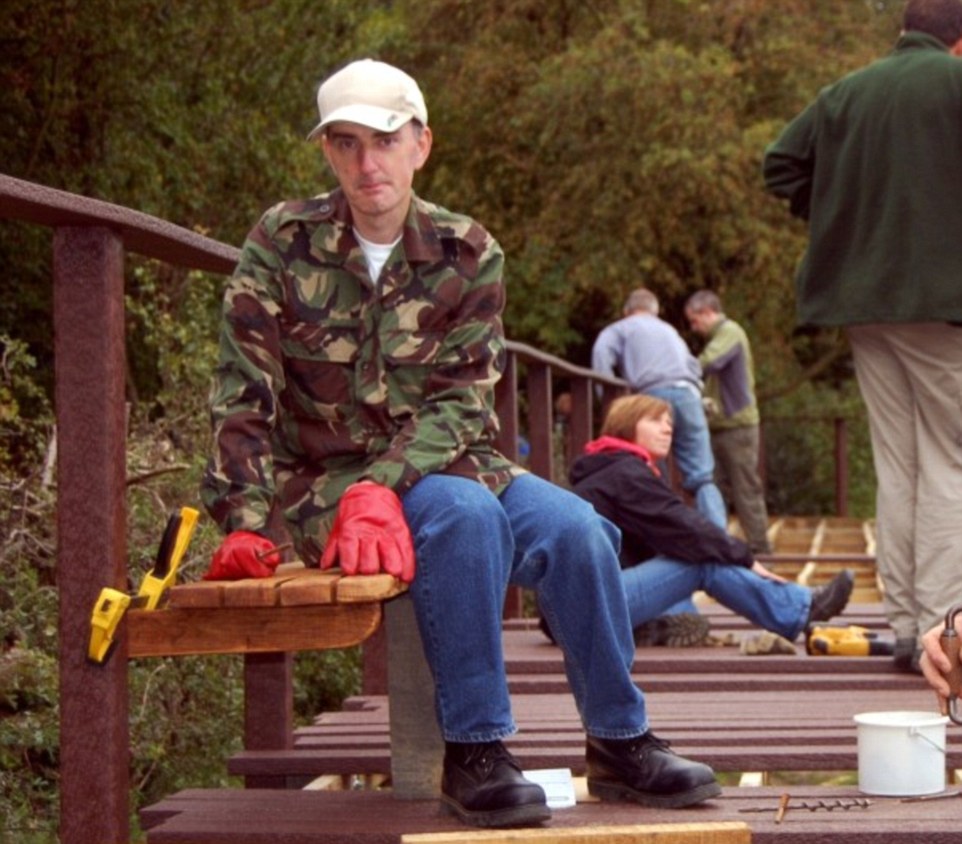 Blodgett’s revelations are only the latest suggesting that Mair, whose alleged victim was a liberal, pro-immigrant member of Parliament, was a dedicated neo-Nazi. Hatewatch published copies of receipts last week that showed Mair had purchased several weapons handbooks and a Nazi book from the National Alliance, which is based in West Virginia, between 1999 and 2003. British media have reported that Mair also subscribed to a pro-apartheid South African publication and that, in the words of The Guardian, police “are believed” to have found Nazi regalia at his home.

Mair is also reported to have shouted “Britain first” as he allegedly stabbed and shot Cox last Thursday. Britain First is the name of a far-right party that is urging Britons to vote to leave the European Union (EU) in a June 23 referendum. British white supremacists despise the EU for facilitating Muslim and nonwhite immigration.

The May 2000 meeting included a number of well-known British racists, Blodgett recounted. One of them was Stephen Cartwright, who was affiliated with the Scottish branch of the British National Party (BNP), an extreme-right party that at the time only admitted whites. The Southern Poverty Law Center, which publishes Hatewatch, has reported that Cartwright spoke to a 1999 meeting in Arlington, Va., on behalf the American Friends of the British National Party (AFBNP). He gave a speech asking for donations to help support the BNP in British elections.

A better known participant in the 2000 meeting, Blodgett said, was Richard Barnbrook, a BNP member who in 2008 won election to a seat on the London Assembly, which has the power to amend the London mayor’s budget and investigate matters of interest to Londoners. At that time, after coming in fifth in the London mayoral race, he was Britain’s most visible far-right elected politician.

Blodgett said that the meeting, although requested by Pierce, was largely organized by Mark Cotterill, a Briton who was in the United States as the head of the AFBNP and working to raise funds for the BNP. (He was later deported for his activities.) Cotterill’s racist network in the United Kingdom arranged most of the details.

At the time of the meeting, Pierce had recently bought Resistance Records, which quickly developed into the world’s leading purveyor of racist and neo-Nazi white power music. He could not enter Britain legally because of his views, but sent a message with Blodgett to the gathering telling them that he would soon be releasing an electronic game to be called “Ethnic Cleansing.” The game involved shooting black and other non-white people in New York City subways to win points.

“Everyone there was giddy about this game,” he said. “Mair was also plainly excited re the efforts that Pierce was making to further penetrate the UK market and his planned purchase of NORDLAND, which was the Swedish equivalent of Resistance Records, LLC.” Pierce did later buy that and another racist European label.

It is not known exactly what Mair’s relationship to the National Alliance’s reported Leeds chapter was. But the Southern Poverty Law Center has records of a number of Alliance supporters in Leeds and its surrounding north-central county, West Yorkshire. Mair’s home in Batley, West Yorkshire, is just nine miles ­— a 17-minute drive — from Leeds. According to The Guardian, West Yorkshire, whose population is 12% Asian, is a hotbed of extreme-right activity.

Days after the meeting, Blodgett also met with John Tyndall, who had been deposed in 1999 as leader of the BNP and replaced by Nick Griffin. “I asked Tyndall specifically about Mair,” Blodgett told Hatewatch. “Tyndall basically called him a loser on some kind of dole [government aid], something like that.”

Blodgett said that Mair “was a fan of Ian Stuart Donaldson,” who had died in a 1993 car crash. Donaldson was the front man for Skrewdriver, one of the first racist bands of the modern era, and the person who effectively birthed white-power music.

“Mair was easily the quietest, best-mannered guy there,” Blodgett said. “But once he got going — i.e., discussing blacks, Jewish people and other minorities — he was what I’d call ‘all in’ — just like everyone else who attended that gathering.”