Two men who backed Nevada rancher Cliven Bundy in his standoff with federal officers in 2014 have struck plea bargains with federal prosecutors. 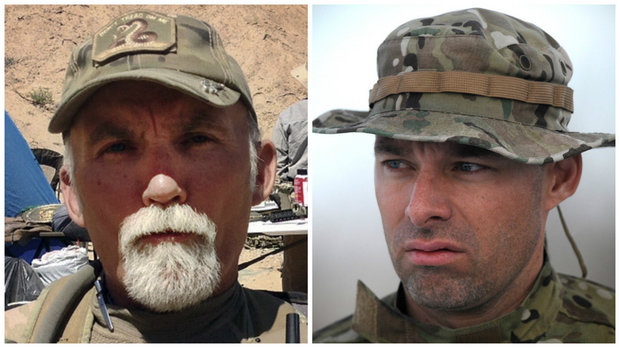 Gerald “Jerry” A. DeLemus, 61, of Rochester, N.H., and Blaine Cooper, 36, of Humboldt, Ariz., are the first of 19 defendants charged in Nevada to plead guilty. The remaining 17 defendants indicted for roles in the Bunkerville standoff, including Cliven D. Bundy and his sons, Ammon, Ryan, Melvin and David Bundy, are scheduled to stand trial in February. They are accused of conspiracy, threatening federal officers, carrying firearms during a crime of violence and obstruction.

Cooper is one of seven of the defendants in the Nevada case also charged for his separate role in the 41-day illegal occupation of the Malheur National Wildlife Refuge in Oregon earlier this year. The others charged in both cases are Ammon and Ryan Bundy, Brian Cavalier, Ryan Payne, Peter T. Santilli Jr. and Joseph O’Shaughnessy.

DeLemus, a former Marine, Tea Party activist and one-time co-chair of Veterans for Trump campaign in New Hampshire, pleaded guilty last Thursday in Las Vegas to conspiracy to commit a federal crime and one count of interstate travel in aid of extortion related to the 2014 Nevada standoff.

Cooper, 36, of Humboldt, Ariz., pleaded guilty to one count of conspiracy and one count of assault on a federal officer.

It's unclear from publicly accessible court documents whether Cooper and DeLemus will have to testify as prosecution witnesses against co-defendants who choose to stand trial.

Before the Nevada standoff, Cooper, 36, also known as Stanley Blaine Hicks, was leader of a militia-style group, Veterans on Patrol, the Oregonian reported earlier this year. He operated a film company, Third Watch Media, and posted YouTube videos supporting civilian, militia-style patrols on the U.S.-Mexican border and protesting federal land management. He was convicted of aggravated assault, a felony, in 2010.

“Federal law enforcement officers must be able to engage in their official duties, including executing federal court orders, without fear of assault or losing their lives,” Daniel G. Bogden, the U.S. Attorney for Nevada, said in a statement after the first guilty pleas were entered.

“Persons who impede and interfere with the official duties of these law enforcement officers will be prosecuted to the full extent of the law,” Bogden said.

Both Cooper and DeLemus told U.S. District Judge Gloria Navarro that they weren't physically present for the 2014 standoff in Nevada. “I was calling people to participate,” Cooper told the judge.

DeLemus drove cross-country from his home in New Hampshire and arrived in Nevada hours after federal agents retreated and abandoned their attempt to roundup Bundy’s cattle for non-payment of grazing fees after members of armed militia groups pointed firearms at the officers.

After the standoff, DeLemus stayed in Nevada, living in a tent and organizing armed patrols near Bundy's Bunkerville ranch. He said his role was “to prevent government agents from returning to harm or arrest Bundy family members, and that if someone pointed a gun at him he would point his gun back,” The Associated Press reported.

Cooper and DeLemus are scheduled to be sentenced on Dec. 1.

After cutting his teeth at the Nevada standoff in 2014, Cooper traveled to Oregon earlier this year with Cliven Bundy’s sons, Ammon and Ryan, and joined in the illegal takeover of the Malheur National Wildlife Refuge near Burns. Cooper was among 26 people indicted in Oregon on federal charges related to the Malheur takeover. Last month, he pleaded guilty in Portland to conspiracy and is expected to receive a six-month sentence.