Dennis McGiffin is certainly putting the black in the Black & Silver Solution. On the eve of the group’s fall conference in Scottsboro, Ala., this weekend, questions again have surfaced about the ideological purity of Black & Silver leadership. Amid rampant dissension in the ranks, doubts about the group’s future are growing. 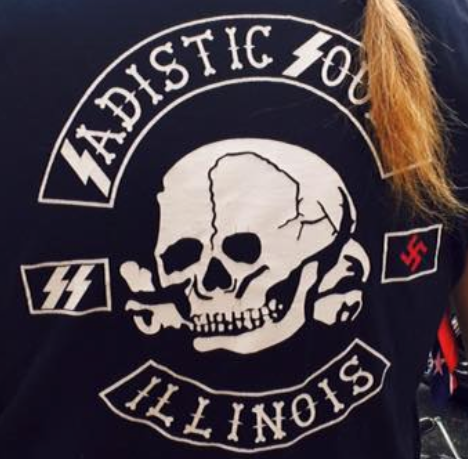 The Black & Silver Solution is a coalition of several racist organizations, including McGiffen’s Aryan Nations Sadistic Souls Motorcycle Club (ANSSMC), the United Klans of America (UKA) and The Creativity Movement. While McGiffen, a longtime white supremacist, has touted the group as the successor to Richard Butler’s Aryan Nations, many — even from within— argue the group is little more than a ragtag mix of thugs out of touch with Butler’s Aryan ideals.

Allegations of “race mixing” –– what would have been tantamount to treason in the true Aryan Nations –– are again surfacing around McGiffen and leading to internal turmoil that has threatened to weaken the coalition McGiffen and others have worked for almost two years to build.

Before becoming a so-called outlaw biker, McGiffen was a grand dragon in the Ku Klux Klan. He left the Klan, calling it “wimpy,” to form The New Order in the mid-1990s –– a group modeled after The Order, an infamous white supremacist domestic terrorist group in the 1980s. Under McGiffen’s leadership, the New Order plotted to blow up buildings, poison the water supply of major cities, murder a federal judge and other people, and rob banks and armored cars.

McGiffen served almost six years in prison after being arrested on federal weapons charges. When he was released, he created the Sadistic Souls with plans for the group to be the “militant arm” of the Aryan Nations. Tying the Souls even more intimately to that racist legacy, he appointed Butler’s alleged nephew as his “world ambassador.”

With such a long list of bona fides, McGiffen should be the one person upholding the ideals and brand of the Aryan Nations. Instead, some have argued that he has defiled two major principles that form the group’s bedrock: racial purity and adherence to the Christian Identity religion.

In a tense exchange that played out on Facebook over the summer, for example, then-ANSSMC member Dave Bequette chastised McGiffen for defending his son Damien –– a Black & Silver officer –– who has a multiracial son.

“You’ve lied to your club brothers about having anything to do with your son who has a n----- child; you lied and said it was a one night stand when in fact it was over a year long relationship. It is public knowledge that your son … has a custody agreement pays child support, and still sees this child,” Bequette wrote. “Do you remember Christmas at the club house Dennis? The year your n----- grandchild came to see Santa?”

McGiffen responded by revoking Bequette’s membership, all the while defending his son.

McGiffen’s half-brother, Jeff Hurst, then weighed in, upbraiding McGiffen publicly for glossing over the race mixing in his own family line.

“[T]he truth hurts don’ t it Denny, u can tell anybody u want the lie’s but im ur Brother, I know the whole real truth don’t I, & u dn’t want every body else finding out about what’s really going on,” Hurst wrote online.

But allegations and criticisms surrounding McGiffen’s lineage have been made before.

In 2014, Morris L. Gulett, who led what claimed to be the real Aryan Nations following Butler’s death, accused McGiffen’s Sadistic Souls of being “drunks and race-mixers.” Gulett, too, made allegations –– not refuted by either McGiffen –– with Facebook photos of McGiffen’s grandson and court documents related to paternity support.

“Notice the boy is named after his father and grandfather,” Gulett sneered at the time. “So you know the McGiffens are a proud multi-racial family.”

Doubts about the ideological purity of the Black & Silver Solution are not exclusively centered on McGiffen’s family. Concerns also are mounting over McGiffen opening the ANSSMC to followers of all religious stripes, not just Butler’s beloved Christian Identity.

“There are multiple groups that claim status of the original AN which could not be further from the truth,” the Black & Silver group says on its website. “We believe that religion cannot control the destiny of our folk and to be part of the Aryan Nations SSMC you may be Identity, Christian separatist, Creator, Odinist, or plain NS [National Socialist]. We will not turn good brothers down in our order due to theological issues.” 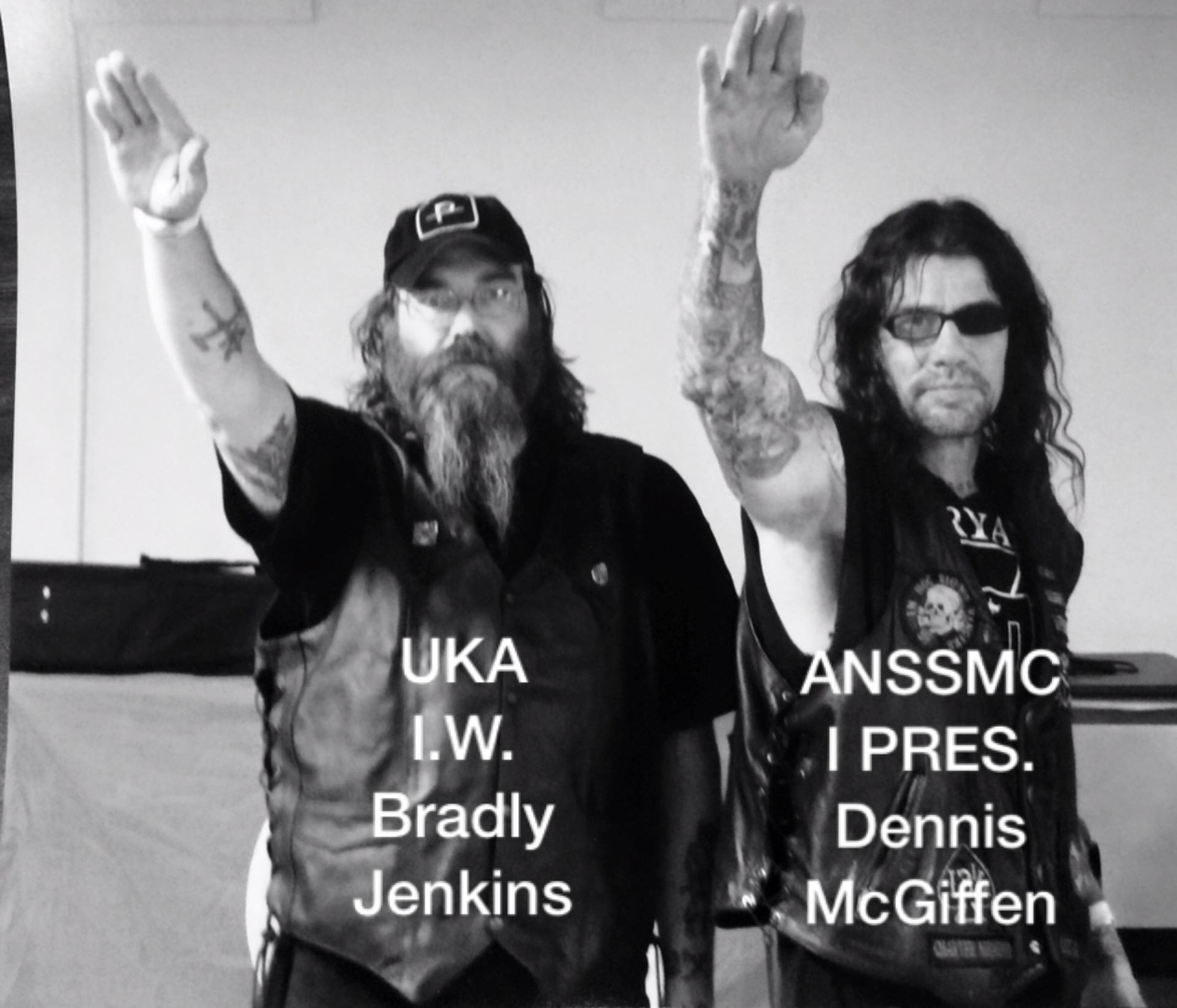 Bradley Jenkins, the UKA Imperial Wizard who seemingly holds just as much power and prominence in the affairs of the Black & Silver as McGiffen, has defied all logical expectations of a traditional Klan leader by publicly aligning the UKA with black groups over the last three years.

In 2013, a UKA organizer met secretly with the Casper, Wyo., chapter of the NAACP, a move that Jenkins himself approved. The meeting ended with Jenkins’ representative paying $50 to join the black civil rights organization. Jenkins told CBS that he had indeed “sanctioned the meeting” and touted it a first for both groups.

That same year, Jenkins teamed up with a street gang, the Grape Street Crips, against another Klan group to stop a rally in Memphis, Tenn. At the time, Jenkins claimed that his group “will stand resolute with the citizens of Memphis … no matter what color they be, because hate and racism has no place.”

At the time, the story was surprising and threatened to undermine the UKA’s reputation and status within the movement. And three years later, as part of the Black & Silver Solution, it appears Jenkins has continued to defy every expectation of what it means to be a Klansman.

Last month, on Facebook, he continued to defend his odd brand of outreach, seeming to go so far as to publicly question the very principles of white supremacy he and the Black & Silver Solution claim to so passionately champion.

“Our Forefathers traded and had social interactions with all the different races of the World, without losing their racial identity. Why can’t we now?” Jenkins posted on Facebook last month. “I can tell you all why. … we are all buying into the bullshit they are telling us.”

Of course, with the dissension and defections in the Black & Silver Solution, the real question going into this weekend’s national conference is this: just how much “bullshit” are coalition members willing to buy?

Sarah Viets contributed to this report.