Ryan Mauro, the national security “expert” for the anti-Muslim Clarion Project known for peddling anti-Muslim conspiracy theories about secret Islamist training camps in the United States, will address the Homeland Security Professionals Conference and Expo next week in Florida.

The event, advertised on the Department of Homeland Security’s website and scheduled to begin next Tuesday, is being organized by the Florida-based Security Solutions International (SSI), a law enforcement training group. 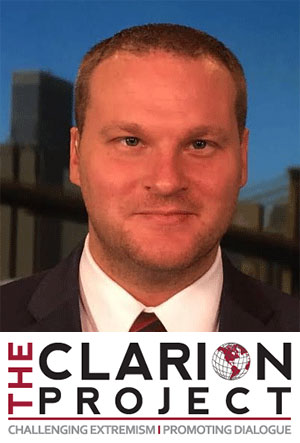 Mauro, who often speaks at national security or law enforcement gatherings when he isn’t a talking head on Fox News, has long spread anti-Muslim fear of Islam. In 2010, writing for Islamist Watch, he warned, “Islamist groups are, as we speak, hard at work creating Muslim states-within-states in the U.S.” He has repeatedly warned of European and American no-go zones, a debunked conspiracy theory that even its originator, anti-Muslim activist Daniel Pipes has now openly rejected.

Clarion is known for making and distributing anti-Muslim films that portray the threat of Islamism to Nazism. The New York Times described one film, “The Third Jihad,” as “a hate-filled film about Muslims” that “argues that the real agenda for Islamists in America is to infiltrate and dominate the country.”

His invitation to speak at the conference comes as no surprise. SSI has a long track record of anti-Muslim bias in its law enforcement trainings. Political Research Associates (PRA), a research group based in Somerville, Mass., profiled SSI in its 2011 report, “Manufacturing the Muslim Menace.” The report noted that at one 2009 training, an SSI “expert” on Islam, "Long Beach PD detective Ebrahi Ashabi showed a beheading of American Daniel Pearl." The report also quoted SSI CEO Soloman Bradman, who responded to criticisms of SII’s trainings, which include titles such as “Radical Islamic Culture” and “Middle Eastern Culture and Terrorism.”

SSI’s previous events include an “Allah in America Day” and its conferences, sometimes sponsored by its magazine, The Counter Terrorist, have invited anti-Muslim speakers in the past including another national security “expert” Steve Emerson in 2013.

Emerson, a man who has a made a career off peddling anti-Muslim sentiment, made headlines last year when he claimed that the city of Birmingham, the second largest in England, was a no-go zone for non-Muslims.

PRA’s report also found that SSI events “give participants the opportunity to network with fellow professionals and experts on security topics. They also provide a stage to promote a political agenda that exaggerates threats and paints Muslim-American groups as supporters or terrorism.”

The 2016 conference in Orlando is no different, where anti-Muslim figures and law enforcement will be all under one roof yet again.

The government has taken positive steps recently to abandon Counting Violence Extremism (CVE) programs amid accusations of profiling American Muslims, in favor of community-based efforts. However, law enforcement and government agencies still give groups like SSI and anti-Muslim figures like Mauro a legitimate platform, which which only leads to the reinforcement of anti-Muslim bias within those institutions.