Amidst continuing outrage over a lack of content-policing on its platform, Twitter on Tuesday announced new steps to take on hate and bigotry online.

The social media giant released a set of tools that allow users to silo and mute unwanted content. It also announced a strengthening of its enforcement of a longstanding ban on targeted hate and, it appears, shifted from a policy of banning users only for conduct violations to one that includes content violations.

The alt-right erupted in outrage. In a YouTube video titled “The Knight [sic] Of Long Knives,” Spencer said, "I am alive physically but digitally speaking there has been execution squads across the alt right." Jared Taylor also released a statement, calling the banning of white nationalist accounts “suppression of certain political views.”

A stable of hate groups and their leaders remain on Twitter. They include former Ku Klux Klan leaders, the American Nazi Party and many rogue, alt-right accounts that are responsible for much the most racist and anti-Semitic content on the platform.

Here is a sampling of the extremist accounts still operating on Twitter: 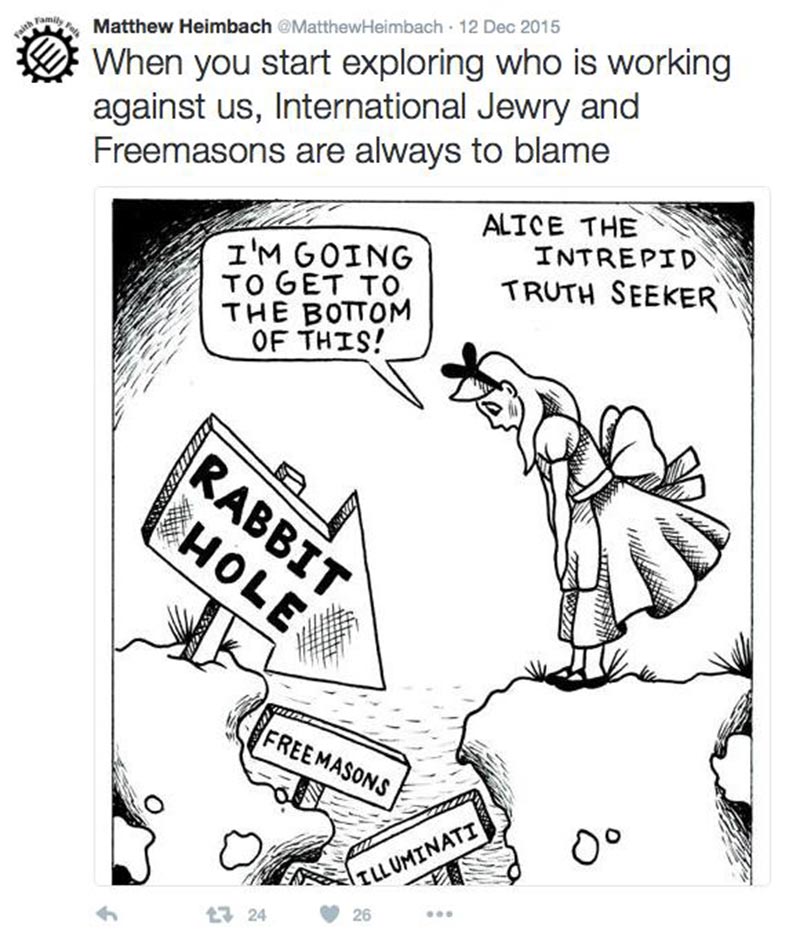 Taylor and the American Renaissance: 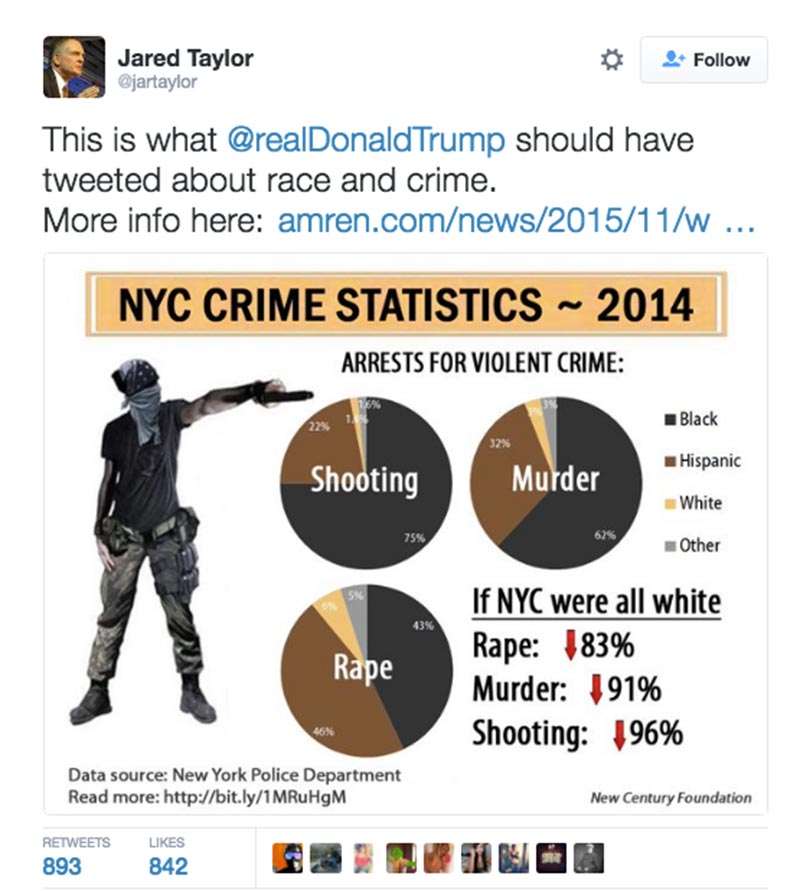 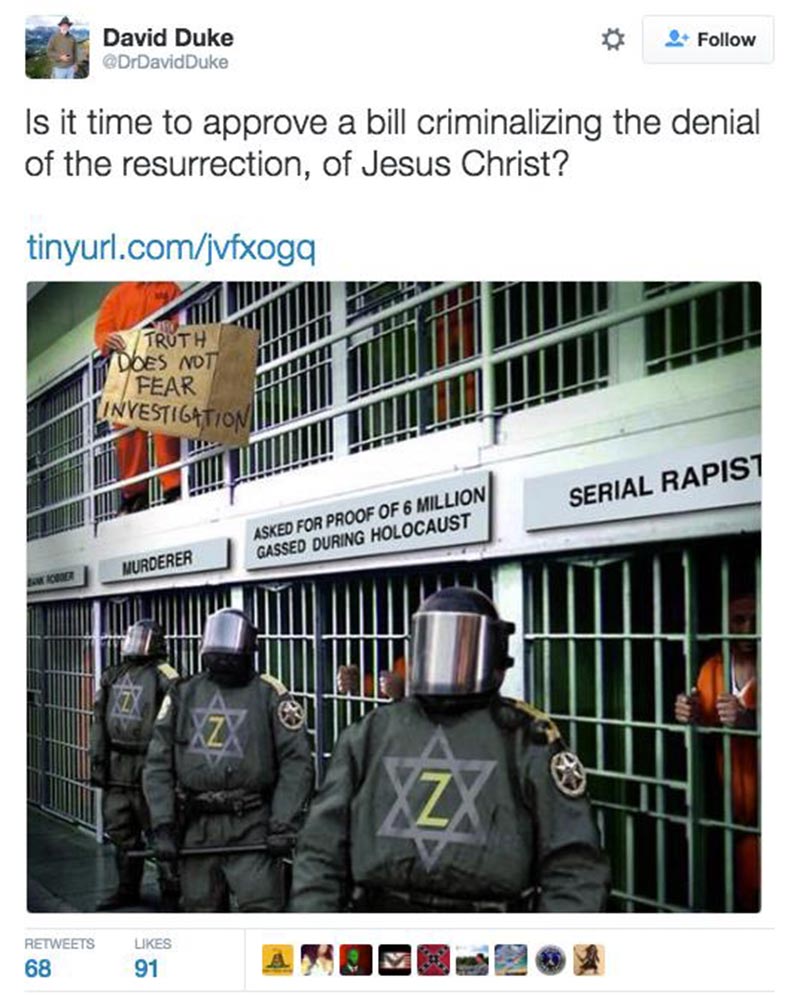 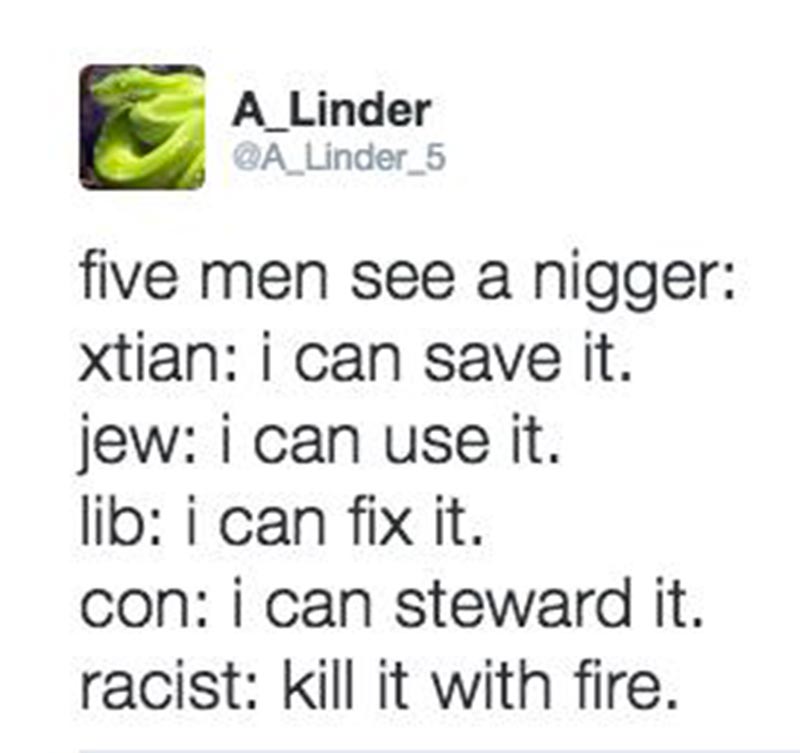 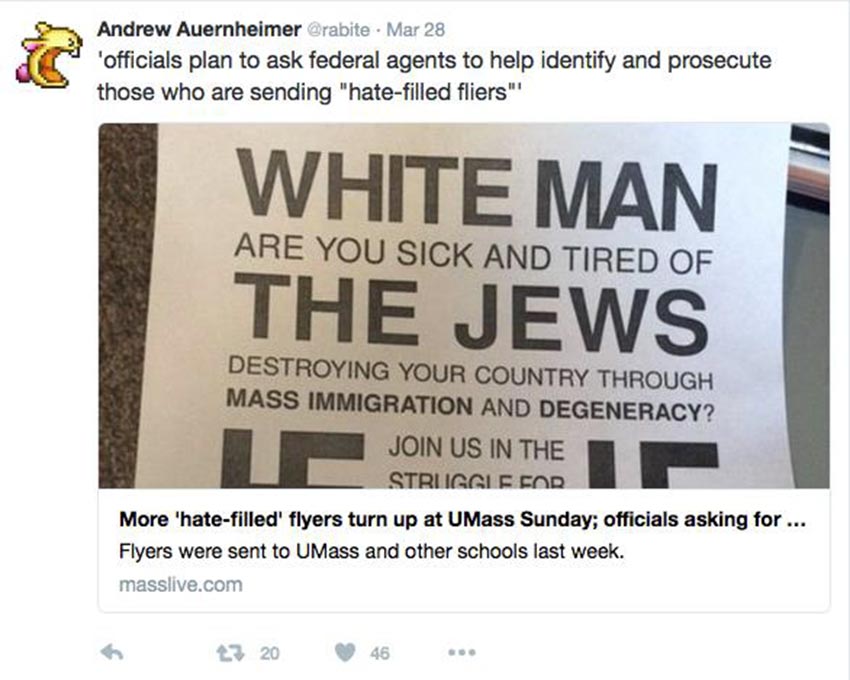 Michael Hill of the neo-Confederate League of the South: 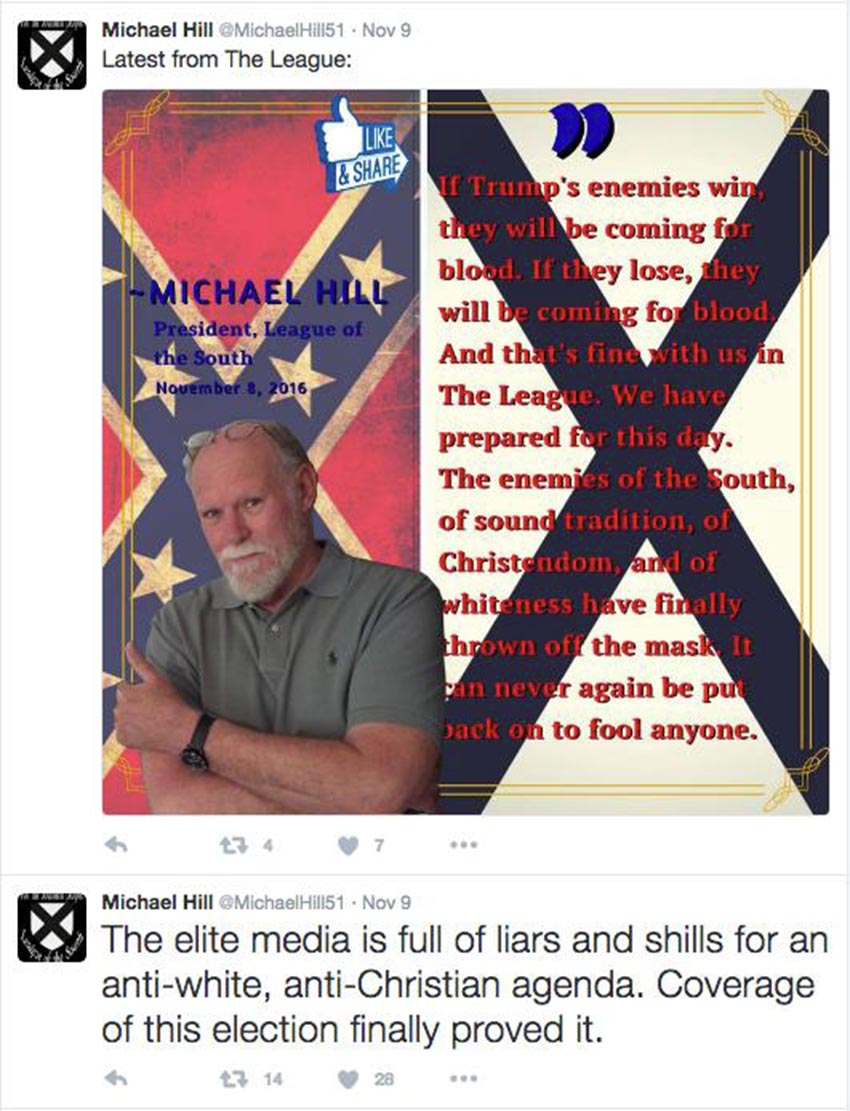 To Twitter’s frustration, the day after its announcement at least one white nationalist ad was being served on the platform. The account it was posted from has since been suspended and Twitter has issued an apology. 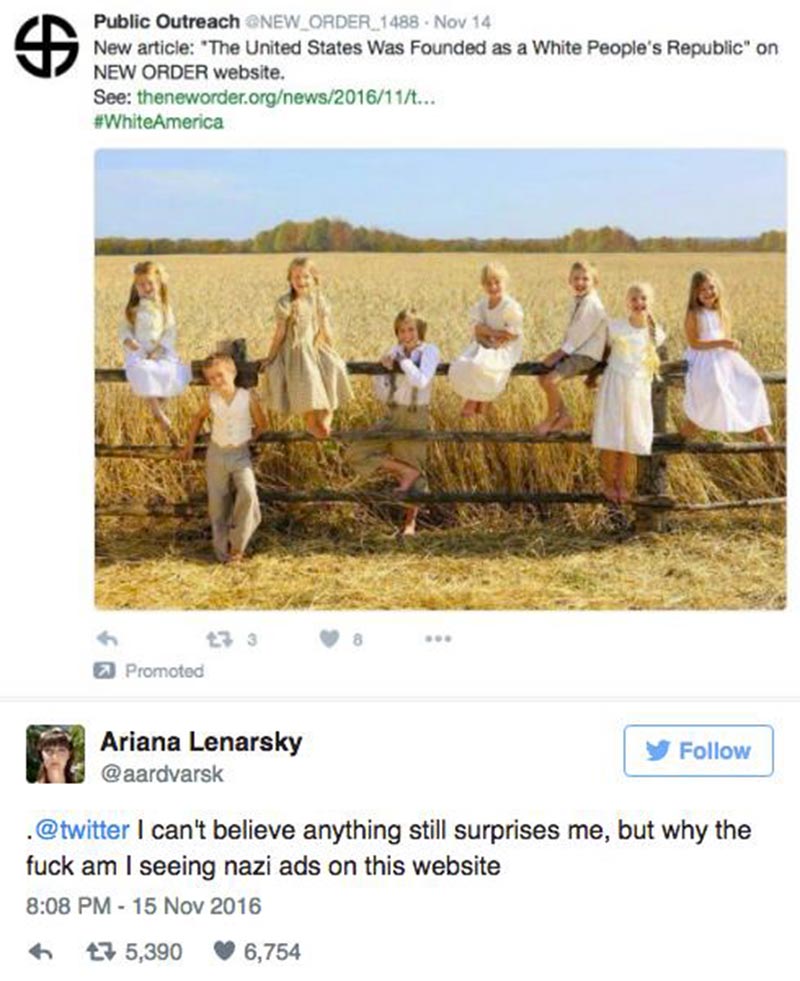 Too often, it seems, Twitter is only willing to act in response to a media uproar. If the moves made this week are the extent of the company’s commitment, hate group leaders like the ones above will continue to foul the site with racist memes and comments. Ultimately, the recent words of white nationalist Matthew Heimbach may prove prescient:

"There is a lot of concern over them trying to stop us, whether it's the establishment or whether it's these multinational corporations like Twitter or Google,” Heimbach said in a recent interview. “But I really think it's too little too late. This political revolution that we are seeing has already begun."