In the weeks leading into and following President-elect Donald Trump’s appointment of Gen. Mike Flynn as his key national security advisor, civil rights groups and the media were quick to point out Flynn’s long history of work with the organized anti-Muslim movement. As it turns out, Flynn has a lengthy history of rhetoric attacking Muslims on Twitter, too. 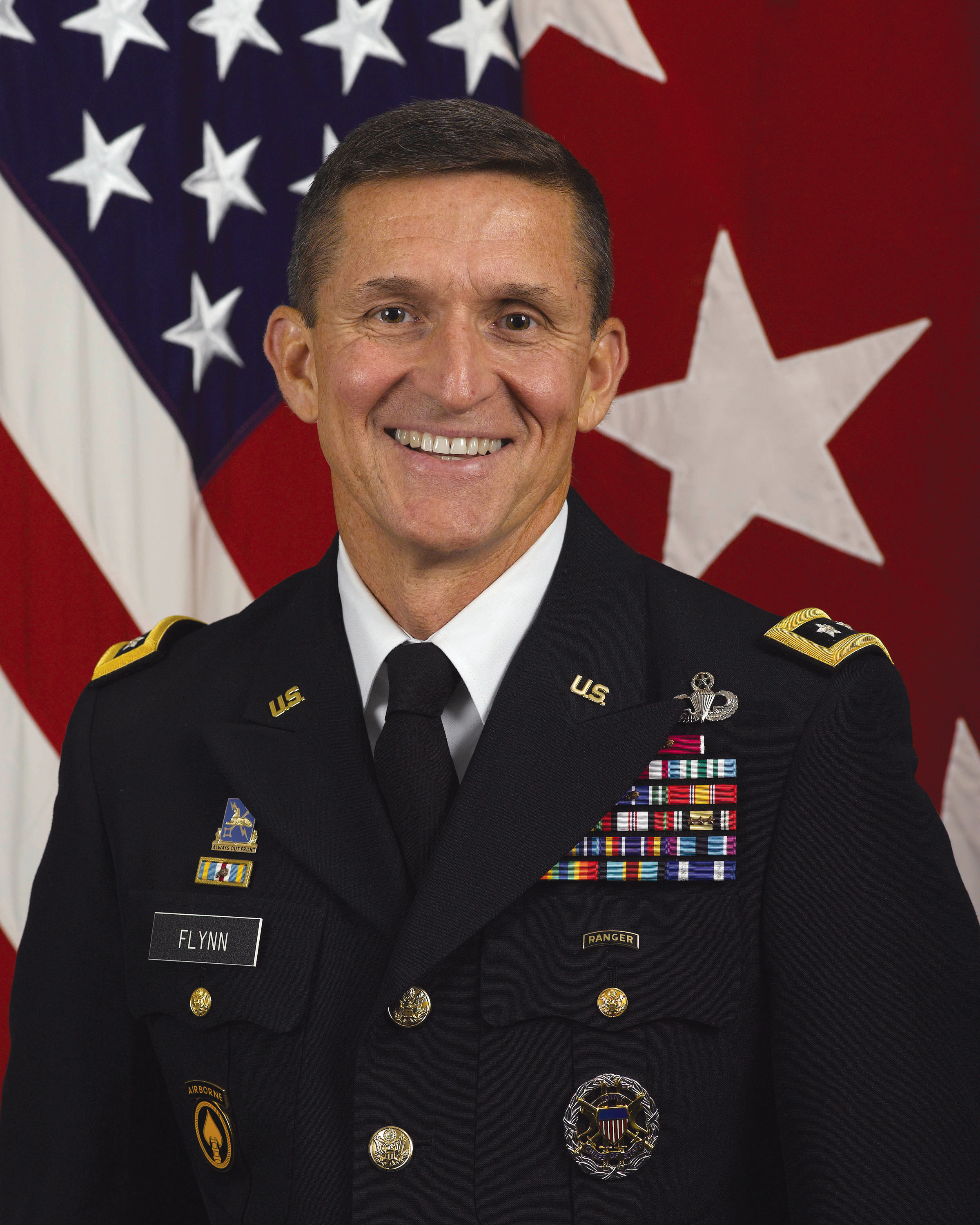 In the approximately 1,700 tweets examined by Hatewatch, Flynn has been no stranger to the anti-Muslim movement. He also has interacted with and praised a number of anti-Muslim figures. But perhaps most surprisingly, Flynn follows two individuals who use the hashtag #WhiteGenocide proudly displayed in their Twitter biographies: @ErinBSullivan and @AlbionAwakes.

White genocide is an idea that white people, far from ruling most of the developed world, are actually being subjected to a genocide that will ultimately wipe out their race. In recent years, the idea has been spread through something known as the “The Mantra,” a 221-word attack on multiculturalism written by Robert Whitaker, a cantankerous segregationist making a presidential bid this year on the racist American Freedom Party ticket. The Mantra ends with the phrase, “Anti-racist is code word for anti-white.”

Flynn’s activity on Twitter goes much farther. Flynn mentions the anti-Muslim hate group, ACT for America (of whom he is an advisory board member) in dozens of tweets. In one, he calls ACT founder Brigitte Gabriel “a national treasure.”

Gabriel has made an entire career out of demonizing Islam. In her 2006 book, Because They Hate: A Survivor of Islamic Terror Warns America, she wrote that, “the Arab Muslim world, because of its religion and culture, is a natural threat to civilized people of the world.” Last year, on Breitbart radio seemed to double down.

“Europe will no longer be Europe by 2050. Europe has already become Eurabia. Europe is Eurabia right now,” Gabriel said.

In other tweets, Flynn called Gabriel an “incredibly courageous person,” and “one of the most courageous women of our time,” and “you inspire us all.”

In one widely reported tweet in February, Flynn wrote, “Fear of Muslims is RATIONAL…” In October, Flynn retweeted a woman who posted a news story about Yemini Houthis stating, “Hillary and Jihadi Obama laundered $1.7 BILLION in cash 2 these Muslim Terrorists!”

Flynn has also proven to be particular defensive about his positions on Muslims. In July he tweeted, "In next 24 hours, I dare Arab & Persian world ‘leaders’ to step up to the plate and declare their Islamic ideology sick and must B healed." In a tweet that has been since deleted from May he wrote, “We need 2 have this debate abt what is happening in the Islamic religion--the world cannot have radical Islamism.”

Flynn has also tweeted multiple times about how political correctness has allowed terrorism to continue.

Following the shooting at the Pulse nightclub in Orlando, Fla., Flynn quoted Chairman Devin Nunes of the House Permanent Select Committee on Intelligence saying, “Tolerating periodic mass attacks on American and allied civilians is simply not an option.” Flynn followed that quote with “PC kills.” In a tweet the day before, Flynn wrote, “Political correctness contribute [sic] to the fear in our society from radical Islamism.”

Flynn’s history on Twitter also highlights a number of other anti-Muslim figures, including Frank Gaffney of the anti-Muslim think tank Center for Security Policy (CSP).

In January, Flynn praised Stephen Coughlin, a senior fellow at CSP, and posted a video of Coughlin talking about his book, Catastrophic Failure: Blindfolding America in the Face of Jihad.  In the video Coughlin explains how the book details a CSP-backed conspiracy theory arguing that the U.S. government by the Muslim Brotherhood.

A year ago, on Jan. 18, 2015, Flynn tweeted a YouTube video of Pat Condell, a man known worldwide for producing videos containing vitriolic attacks on Islam. The video titled “Nothing to Do With Islam,” which Flynn described as “a really interesting dialogue,” contains statements like, “None of the terrible things that are happening in the world today, inspired by Islam and mandated by Islamic scripture have anything to do with …  and I think you can finish that sentence yourself.”

Condell continued his sarcasm-filled anti-Muslim rant by stating, “Besides, it’s only a threat because of its violent fundamental values and the violent fundamental values of Islam have nothing to do with the religion they come from. What are you trying to insinuate here, that world domination, as mandated by the Koran somehow has something with Islam of all faiths?”

Flynn, of course, follows a number of CSP staffers on Twitter. He also follows Gabriel and Pamela Geller, perhaps the most rabid anti-Muslim figure in America. Flynn also follows white nationalist Pat Buchanan, as well as a number of antigovernment accounts such as Alex Jones and four accounts with III% either the accounts name or bio.