Joseph Rice, founder of the Oath Keepers chapter in Josephine County, Oregon, announced on Facebook last week that he intends to run for chairman of the Oregon Republican Party. 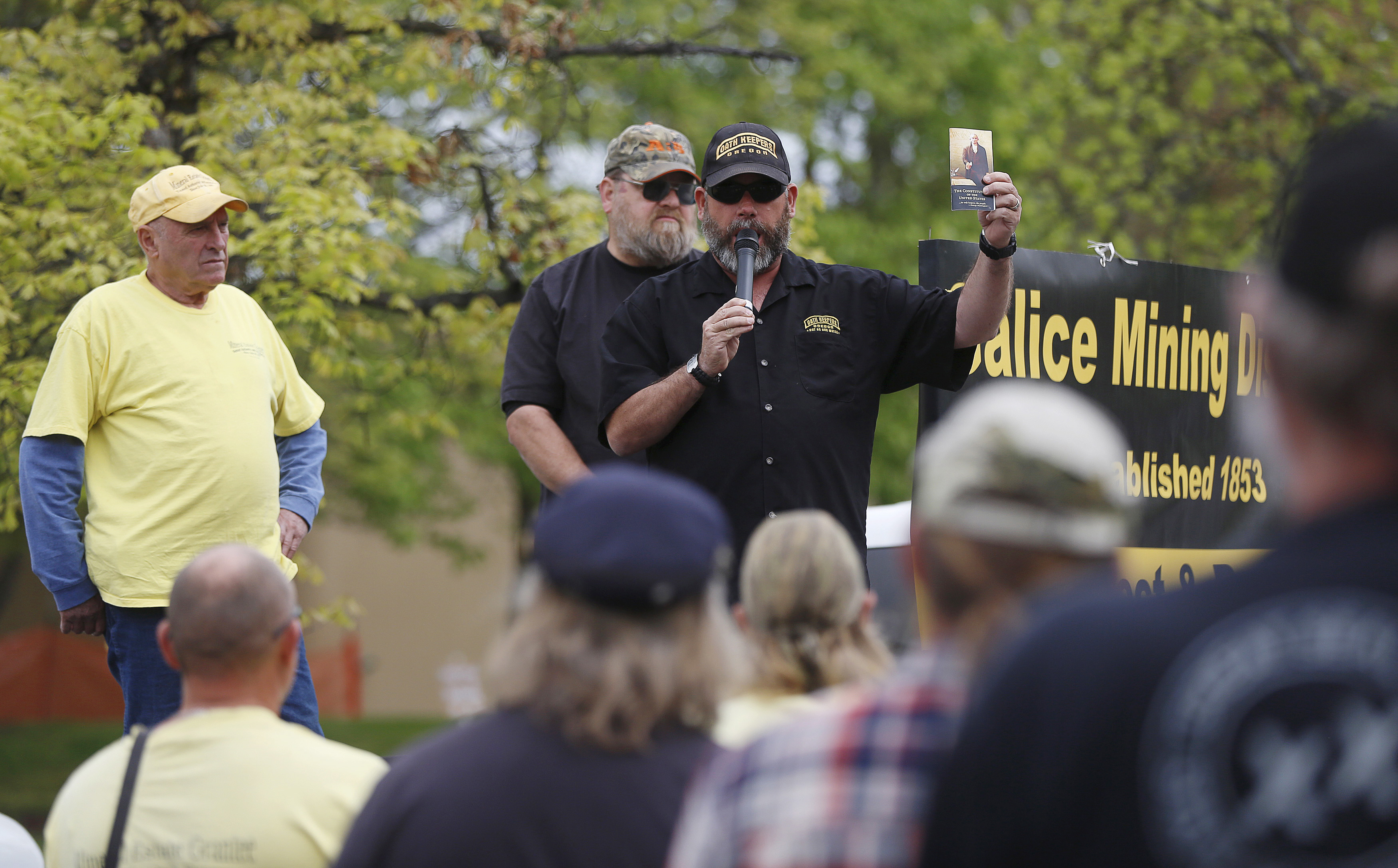 “Many are aware of my activism in the protection of Constitutional Rights and actively standing for them. This is deep seeded in me from the Constitutional Oath I took originally in 1981 and then again in 1985 as an Army Officer, to ‘uphold and defend the Constitution against all enemy’s [sic], foreign and domestic,’” Rice wrote in announcing his candidacy.

But Rice's involvement in politics is scant.

Last year, Rice served as a delegate-at-large for Oregon’s GOP and voiced his support Trump. Before that, he ran for a seat in the Josephine County Commission, coming in fifth with less than 10 percent of the vote. Outside of that, however, Rice’s involvement in politics has focused almost exclusively on the extremist fringe.

In 2015, Rice led the Josephine County Oath Keepers in defending two Oregon miners defying the Bureau of Land Management by continuing to work an unpatented claim in Oregon. Rice and his militia were moved to action by the miners’ assertions that their constitutional rights of due process were being infringed.

For weeks, self-styled “Patriots” streamed in to defend the Sugar Pine Mine from federal seizure. More than 700 supporters flocked to the mine to support the operation, Josephine County Oath Keepers’ public information officer Mary Emerick told High Country News.

Rice, a former National Guardsman and defense contractor in the Afghanistan who controlled the operation’s security, stated he did not want the support of “fringe-element[s]” that may be interested in protesting or provoking a conflict with the government. But many locals were left fearful of the armed extremists.

The dispute at the Sugar Pine Mine ended without incident after the Interior Board of Land Appeals gave the miners permission to stay on the claim while the board could deliberate. But the event also put the Josephine County Oath Keepers on the national stage.

Rice's name surfaced again during the antigovernment occupation of the Malheur National Wildlife Refuge in Oregon last year. On the day Oregon State Police and the FBI arrested several armed occupiers on the way to meet with a neighboring sheriff in Grant County, a video from inside the vehicle driven by Robert “LaVoy” Finicum, who was shot and killed by police, shows two women attempting to call Rice. The call was hampered by poor cell service.

Tim Harris, a leader in the Oregon Three Percent militia, is running for vice chair of the state party.