Following the Atlanta Forum last month, where young extremists gathered to brainstorm big ideas to move a faltering neo-Confederate movement forward, Hatewatch has obtained a letter that event attendee Michael Cushman wrote more than a decade ago to National Alliance founder William Pierce, offering his services to "the cause."

Last month, a nascent secessionist group called TRS Confederates hosted the Atlanta Forum, an event designed to build a big-tent strategy for a faltering neo-Confederate movement to capitalize on the surge of the white nationalist “Alt-Right” brand. 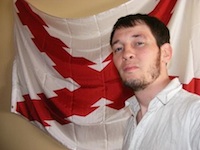 Michael Cushman, a one-time member of the neo-Confederate League of the South (LOS) who now runs a blog called “Southern Future,” wrote a glowing recap of the event. He praised the forum as a successful example of  “cooperation” underneath a banner that incorporates Cushman’s own “Southern Nationalist flag” and a sonnenrad, one of many ancient European symbols used by the Third Reich to invent an Aryan heritage and propagated by neo-Nazis.

It might be no surprise that Cushman would speak so highly of an event heavily marketed to a wide variety of extremist groups on the racist right, particularly neo-Confederate and neo-Nazi groups. While he proudly plays up his time in the League, Cushman has history of his own to run from.

In an email to Hatewatch on Christmas Eve 2013, Cushman wrote:

Though many of my friends are activists, I have stepped away from activism and have no plans of returning to it. I am also not a neo-Nazi. I am not anti-Jewish, for example. I do not worship Hitler. I am not Modernist. I do not support a dictatorship. I am not anti-Slavic. On numerous points I disagree with the Nazis and have always done so. So it is therefore unfair to imply that I am a neo-Nazi. There are lots of legitimate claims you can make about me. I am a Southern nationalist, a secessionist, an inegalitarian, an Anglican and a traditionalist who supports traditional marriage and the pre-1965 US immigration policy.”

As it turns out, there was a time when Cushman held neo-Nazis in much higher regard. 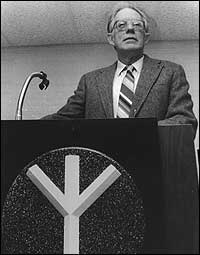 In January 2001, as a young man freshly out of college, Cushman contacted William Pierce, founder of the National Alliance (NA), which for decades was the most dangerous and best organized neo-Nazi group in America.

In the email recently obtained by Hatewatch, Cushman had an offer. “Dr. Pierce, I’d like to help out directly if I could,” Cushman began.

“I’d like to offer to help out in Hillsboro directly if needed, or anywhere else you think I could be of assistance. I feel compelled to make a difference with my life and I consider what we fight for to be the most important thing there is. I also think I have much to offer our Cause and the National Alliance, in particular. I have a BA in History from the University of South Carolina - Aiken. I’m 24 years old and I’m a White male. My ancestry, if that matters, is Scots-Irish and German, but my family has been here since well before the War Between the States so it’s hard to be terribly specific. I’m an accomplished writer, I can type 60 words or more a minute, I’m computer-literate, I have experience in sales if that may be of service, and I am highly motivate [sic] to make a difference. If you think I can be of assistance to the Organisation [sic] please let me know.”

It is unknown if Cushman received a response from Pierce, who died in 2002. Cushman had joined the NA in 1999 and was a member through the early 2000’s. In a fickle gesture, he turned his attention away from saving the white race in service of Pierce, and in favor of another extremist, Michael Hill, president of the League.

A telephone message seeking comment on his involvement with the National Alliance was left with Cushman on Thursday.

While Cushman does not deny his affiliation with the NA, a group that produced more violent actors than any far-right group, he surely struggled reconciling that fact with his squeamishness for violence and militancy, a character trait that puts him at odds with many of his fellow extremists.

Whereas Timothy McVeigh found the framework for the Oklahoma City bombing in Pierce, who wrote the The Turner Diaries—a book that has inspired many violent extremists—Cushman fled LOS after the Charleston massacre and concerns that an association with Dylann Roof’s violent beliefs and actions would tarnish his reputation.

Cushman’s 2015 book, Our Southern Nation: Its Origins and Future, doesn’t support his claim that he’s not “anti-Jewish,” given several passages laden with anti-Semitic tropes regarding the “tribalism” of Jews.

Though there is some inkling of Cushman’s fledgling neo-Confederate beliefs in his appeal to Pierce, where he refers to the Civil War as “the war between the states,” he also neglected to mention his “Anglican, traditionalist” views. And as the years have shown, rather than remaining loyal to LOS neo-Confederate “activism,” Cushman turned against Hill, too.

In his article on the Atlanta Forum for Occidental Dissent, Cushman described the event as “something to build upon for the future.” Of course, given his willingness to throw in with whatever ideologue excites him at the moment—aging radicals whose own efforts have fallen short—Cushman’s role in that future is at best unknown.