Last week Hatewatch published the first in a continuing series of analyses of Stormfront, formerly the most popular hate site on the web.

Continuing Hatewatch’s investigation into Stormfront’s “Newslinks & Articles” section — the most trafficked part of the site — the following is an analysis of posting habits of non-paid forum members and Stormfront “sustaining members” and donations to the site by those sustaining members.

The analysis indicates that there is no strong positive correlation between the amount of funds “sustaining members” are willing to contribute to the site and the amount of posts they make. Compared to non-paying forum members, their activity has shown relatively consistent growth that is less dependent on the news cycle.

As illustrated in the graphic below, posts by sustaining members (those who paid more than $50 per year) trended upward in step with posts by forum members who paid nothing for site access from 2002 to the end of 2007. Posts by sustaining members trended upward from 2007 on, without the erratic surges and lapses reflected in non-paying forum members. 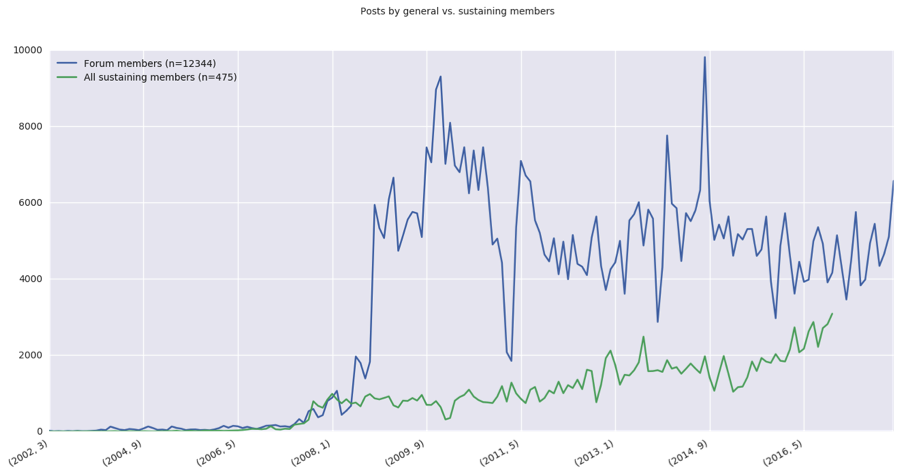 Around the time of Barack Obama’s election to the presidency, posts by non-paying members spiked, reflecting the atmosphere of racial anxiety in the country at the time.

This initial wave peaked around the signing of the Patient Protection and Affordable Care Act in early 2010 and declined precipitously until mid-2011 and the run-up to the 2012 presidential elections.

Posts by non-paying forum members spiked again around the shooting death of Michael Brown on August 9, 2014, a high-water mark for the site that has not been reached since. 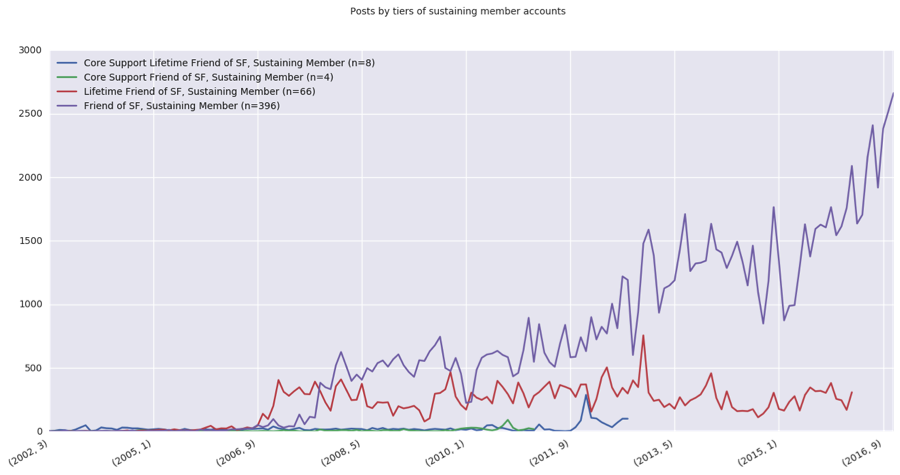 As might be expected, the group with the lowest financial contribution, “friends of Stormfront” represents the largest body of posters at 396 members, six times larger than the second largest group, “lifetime friends”.

“Core support friends of Stormfront” is the smallest group of sustaining members (4), likely because repeated annual contributions of $360 pushes those members above the $1,000 threshold and into the “core support lifetime friends” category, which had 8 members. Based on available data, posts for these two groups remained relatively consistent, with a few spikes that correspond with other periods of intense activity on the site.

The graphic below illustrates total contributions made to Stormfront per month from July of 2011 to September of 2016 with a trend line added. The decrease in donations during this time period corresponds with a decline in traffic on the site discussed in previous analysis. 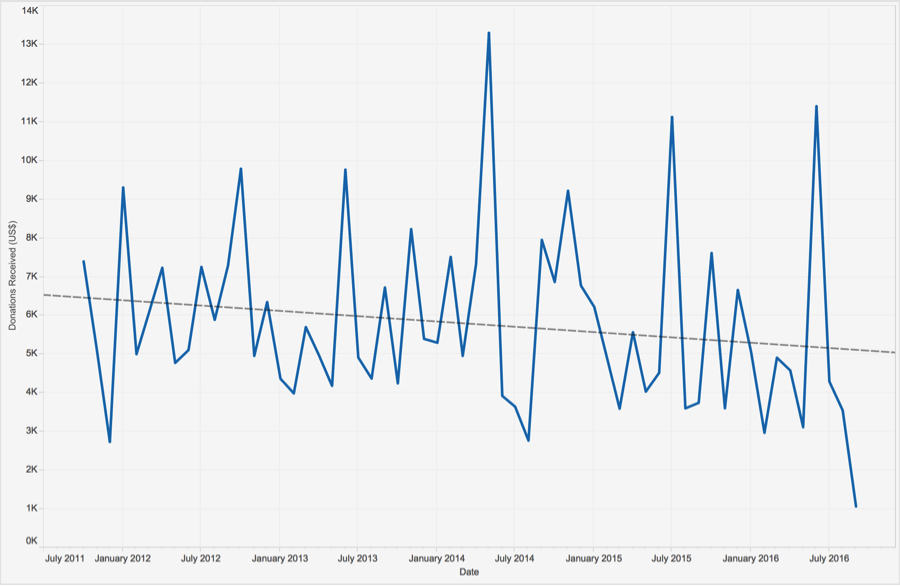 The final graphic illustrates the total contributions of the top 16 Stormfront sustaining members to date. The largest single contributor to Stormfront was user JEWFISH, who had donated $17,835 at the time of the writing of this report. 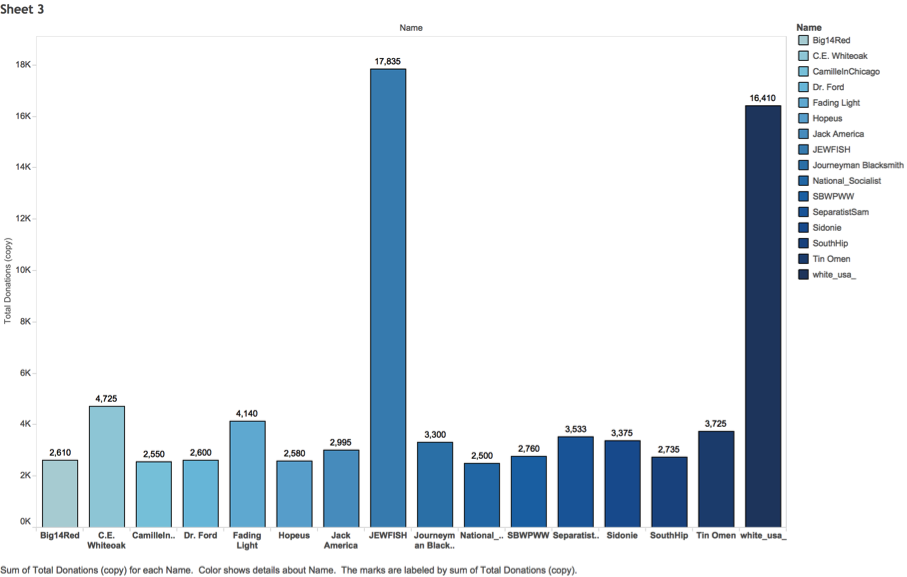 Hatewatch will continue to release reports analyzing Stormfront’s user base and reach in the coming weeks. Read part one here.