ACT for America — the largest grassroots anti-Muslim group in the country — has come under fire recently. Prominent San Antonio, ACT chapter leader Roy White was fired in late February for refusing to cancel a meeting designed to show activists how to “shut down mosques.”

A week earlier, on February 16 in North Carolina, ACT member Robert Goodwill was recorded by a Triad City Beat reporter in a conversation with a man who argued that all Muslims in America should be killed. Goodwill’s response to the repeated calls to murder Muslims was “we’re not there yet.”

Following the North Carolina revelations and the firing of Roy White, ACT was in hot water again last week, when its Central Oklahoma chapter’s logo appeared on a questionnaire which the staff of outspoken anti-Muslim Rep. John Bennett to Muslim constituents. One of the questions asked was, “Do you beat your wife?”

Another bright star in the ACT universe is Dave Petteys, the leader of ACT’s 5280 Coalition, a grouping of ACT chapters based in and around Denver, Colorado. On multiple occasions, he has represented ACT in Europe at Human Dimension Implementation Meeting (HDIM) conferences put on by the Organization for Security and Co-operation in Europe (OSCE), the world’s largest security-oriented intergovernmental organization. The conferences are billed as Europe's largest annual human rights and democracy conference, and have invited anti-Muslim speakers from the U.S. in recent years. 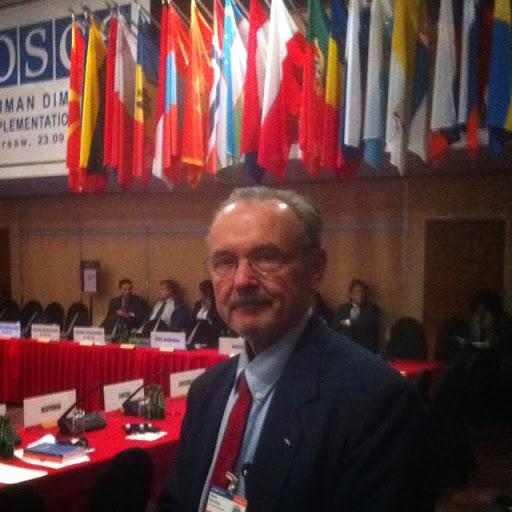 Two months before Petteys travelled to from Warsaw to represent ACT at the 2016 HDIM conference, he left a comment on Counter-Currents, an overtly anti -Semitic website and publishing house run by white nationalist Greg Johnson. The pseudo-academic site runs lengthy white nationalist screeds and interviews with key players in the movement and also publishes the works of racists both current and long-deceased. On July 13 of last year, Petteys left a comment expressing interest in purchasing French white nationalist Guillaume Faye’s “The Colonization of Europe.” In the book Faye describes immigrant youth as “very well aware of the fact that they are conducting an ethnic civil war and that their goal is to aggress against the indigenous peoples.” For Faye, the only response is violent “reconquest” where “thunderbolts of Zeus and the hammers of Thor” will rain down upon the Mosques of Europe, according to the review of the book on the Counter-Currents website.

Roy White was fired for advertising an event where people would learn how to “shut down mosques,” but what about an ACT chapter leader who paid money to an anti-Muslim activist to “investigate” mosques in his area? That’s exactly what Frank Thiboutot and his ACT chapter in Portland, Maine, did. Thiboutot, who goes by “Charles Martel” in his Disqus online comment profile, claimed that in June of 2014, ACT for America Maine hired Dave Gaubatz, author of the “Muslim Mafia”, to investigate several mosques in that state.

In a more recent comment, also on Disqus, Thiboutot wrote that his ACT chapter submitted Gaubatz’s affidavits from his mosque investigation to the Governor of Maine when ACT members met with him and another anti-Muslim figure, Jim Simpson.

Gaubatz is a rabidly anti-Muslim figure whose son infiltrated two American Muslim civil rights organizations. This served as the research for his father’s book. The younger Gaubatz works for Understanding the Threat (UTT), an organization training law enforcement on how to uncover jihadist cells run by disgraced ex-FBI agent John Guandolo.

Thiboutot, a well-known kickboxing instructor inducted into the World Karate Union Hall of Fame in 1998, doesn’t hold back when taking about Islam. “Islam is not a religion. It's a supremacist totalitarian political ideology cloaked as a religion,” he wrote on Disqus a few months back.

Jump from Maine to Arkansas where you’ll find Charles Fuqua, leader of the Batesville chapter of ACT. Fuqua is a lawyer and former legislator who is outspoken about Islam, and a number of other subjects. 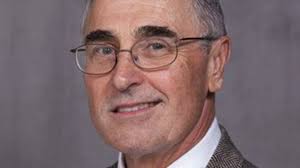 When he ran for office in 2012, a book Fuqua had written, “God’s Law – The Only Political Solution” came to light, revealing his extremist beliefs. Among them, was a call for “rebellious children” to be stoned to death. Fuqua also had a solution for America’s prison systems, writing, “Anyone that cannot be rehabilitated in two years should be executed.” As for Muslims, Fuqua writes: “I see no solution to the Muslim problem short of expelling all followers of the religion from the United States.” At a speaking engagement last year, Fuqua stated, “I maintain that to believe in Islam is to be a traitor to the United States. I think we need to wake up and get rid of the traitorous people.”

Along with the firing of Roy White, ACT head Brigitte Gabriel sent a not so subtle warning to its members.

“In no way, does our organization advocate, or tolerate bigotry, or threats of violence toward anyone, especially because of which God they may choose to worship” and following it up with, “To be clear: any ACT for America member that propagates such ideas antithetical to the values of our organization will have their membership revoked immediately.”

Firing Roy White was clearly a PR move by the organization, yet it remains to be seen whether Gabriel will also dump Petteys, Thiboutot and Fuqua for clear violations of ACT’s policy.