Although Congressman Jeff Fortenberry's name was on the scheduled list of speakers, he claims he did not attend the event.

This year, the eleventh annual gathering is slated for May 25 through 28 (with WCF events scheduled May 26 and 27) for Budapest, Hungary, with the theme “Building Family-Friendly Nations: Making Families Strong Again,” and already the speakers’ list is shaping up as a who’s who on the anti-LGBT and anti-choice Christian Right.

WCF and its conferences serve as important networking sites for Christian Right activists from around the world, and often include local legislators and religious officials. The Budapest host committee was led by Hungarian government official Katalin Novák, Secretary of State for Youth, Family and International Affairs, which falls under the purview of Hungary’s Ministry of Capacities, headed by cabinet minister Zoltan Balog.

Balog, along with a Hungarian delegation, attended the 2017 National Prayer Breakfast in Washington, D.C., held in February.

It’s no accident that WCF is spending a lot of time in Eastern Europe. The group has deep ties to Russia and may have played a role in the passage of Russia’s anti-LGBT laws. Last year, WCF met in Tbilisi, Georgia, where speakers engaged in conspiracy theories about abortion, “cultural Marxism” and “gender ideology” and linked LGBT people to pedophilia.

In a press release, WCF managing director Larry Jacobs claimed that Hungary “has demonstrated its strategic leadership as an advocate for the natural family in Europe.”

Closely linked to this idea is the concept of so-called “demographic winter,” an idea based on conspiracy theories that humans are doomed because birthrates (particularly in European countries) are allegedly falling, something caused by abortion, birth control, homosexuality and other perceived “unnatural deviations” from the “natural family.”

WCF and its parent, the International Organization for the Family (formerly the Howard Center for Family, Religion and Society), have touted “natural family” as a rallying point for years, and the idea has gained purchase among Christian Right activists worldwide hoping to ensure both the continued marginalization of LGBT people and lack of access to certain kinds of reproductive healthcare for women.

Eastern Europe has become a flashpoint in the battles over LGBT equality between Russia and western countries, as countries that have long been homophobic grapple with changing attitudes toward LGBT people and the progressive stances of the European Union — of which some Eastern European states are members.

Russia’s passage of anti-LGBT laws that have endangered the lives and livelihoods of its LGBT citizens has added additional fuel to the anti-LGBT fire in Eastern Europe, where homosexuality is often painted as immoral, perverted, and a radical import from the West.

Hungary’s current government is fronted by the anti-immigrant right-wing populist party Fidesz, which came to power in 2010. The party adopted a new constitution that centralized federal power and undid democratic checks and balances, including increased restrictions on media. Amidst a rising wave of corruption and scandal, the neo-Nazi leaning Jobbik — the only party with comparable public support — may be able to capture a parliamentary majority in 2018. Jobbik supports detention camps for Roma “deviants” and has argued that Jews are a national security risk.

It’s no surprise, thus, that the WCF, which pushes for theocratic nationalism couched in the rhetoric of the benign-sounding “natural family,” would hold a summit in Hungary and welcome Hungarian government officials.

WCF is tight-lipped about the schedule and speakers this year (they haven’t posted one at the conference website), but the Budapest Family Summit website has a list of WCF speakers and panels slated for May 26 and 27. Opening ceremonies include the Deputy Mayor for Human Affairs of Budapest and the Deputy State Secretary for International and EU Affairs, part of the Ministry of Human Capacities. The WCF flag will be transferred to Katalin Novák.

The opening ceremonies include religious figures, like Rev. Jim Garlow of Skyline Church and Rev. Dimitry Smirnov of the Russian Orthodox Church (Patriarchal Commission on the Family). Smirnov has compared homosexuality to a plague.

Here are some of those scheduled to speak: 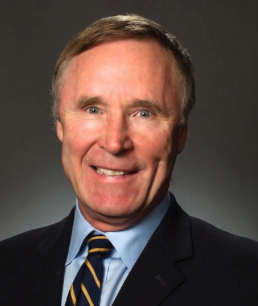 Benjamin Bull, director of Alliance Defending Freedom International (ADF), an anti-LGBT hate group, will be speaking in “Emerging Leaders Pro-Family Training: How to Win at Networking, Campaigning, Fundraising, and Advocacy.” Bull supported the re-criminalization of gay sex in India in 2013, which includes a penalty of up to ten years in prison. ADF has supported the criminalization of gay sex and currently is working to enact so-called “bathroom bills” around the country to prevent trans people from using public restrooms and public facilities in accordance with their gender identities. ADF is pushing the same policies in schools. ADF is also active in promoting and enacting so-called “religious liberty” laws in the U.S. and abroad, which allow Christians to claim a religious belief in order to discriminate against LGBT people. Also speaking is Katharina Rothweiler, of Red Familia in Mexico, an anti-choice organization. She is also affililated with ADF, according to the program.

*Update: As of May 22, Benjamin Bull is no longer listed on the schedule and neither is Katharina Rothweiler. However, Adina Portraru, legal advisor, ADF International (Belgium), is still listed as a panelist as is Sophia Kuby, who is listed as director of European Advocacy for ADF International (Germany).

Ben Carson, Director of Housing and Urban Development in the Trump administration, will be doing a presentation (the subject and title are not listed). Carson has claimed that homosexuality is a “choice,” and that prison rape can make people gay. He has made other comments, such as claiming in 2015 that not taking a strong stance against the government will lead to “mass killings” and he once said that the Biblical figure of Joseph built the pyramids in Egypt to “store grain.”

*Update: As of May 22, Carson's name no longer appeared on the schedule.

Don Feder is WCF’s director of coalitions. In addition to his role at WCF, Feder sits on the board of advisors of the anti-immigrant hate group Federation for American Immigration Reform, which was founded by white nationalist John Tanton. Feder has a long history working against LGBT equality. He has also argued against adding Harriet Tubman to the $20 bill because “American history was made by white males, who were overwhelmingly Christian,” and has called for “Islam control.” Feder will be speaking on a panel dealing with “demographic winter.”

Congressman Jeff Fortenberry (R-NE) will be delivering a welcome speech. Fortenberry has a long history of anti-LGBT stances, including opposition to employment protections that include LGBT people and protecting anti-same-sex marriage opinions as free speech (such opinions are already protected under the U.S. Constitution). He has also voted yes to Constitutionally define marriage as between one man and one woman and, in 2013, voted against reauthorizing the Violence Against Women Act.

*Update: Although Fortenberry's name was on the scheduled list of speakers, he claims he did not attend the event. 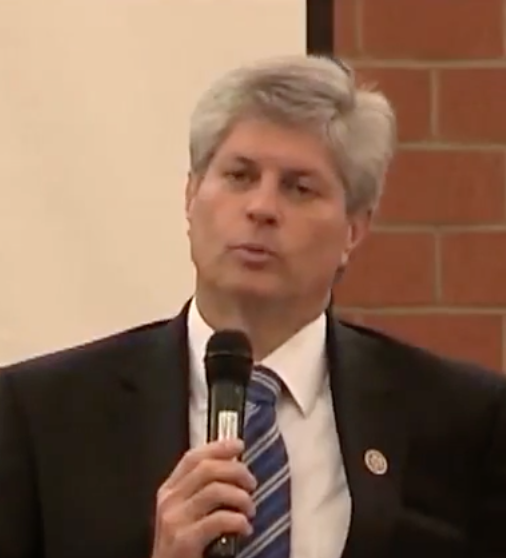 Errol Naidoo, of the virulently anti-LGBT Family Policy Institute in South Africa will be speaking on how family is portrayed in media. He once blamed radical feminists and gays and lesbians for creating a “culture of death” that is “slowly killing off the human family in Western civilization.” As a result, he continued, these groups and their “culture of death” are responsible not only for “diminishing rights” of  Christians in South Africa, but also a massacre that took place at the Marikana mine in 2012, in which 44 people (many of them miners) were shot by security forces, mostly in the backs.

Theresa Okafor, Foundation for African Cultural Heritage in Nigeria, is scheduled for a panel titled “Building Family-Friendly Countries.” Okafor, WCF’s African regional director and recipient of WCF’s 2015 “Woman of the Year” award, has advocated for and supported harsh anti-LGBT laws in her area that support prison terms for gay sex and that ban gay people from meeting in groups. She has also suggested that pro-equality activists are in league with the jihadist terrorists of Boko Haram in a conspiracy to silence Christians. 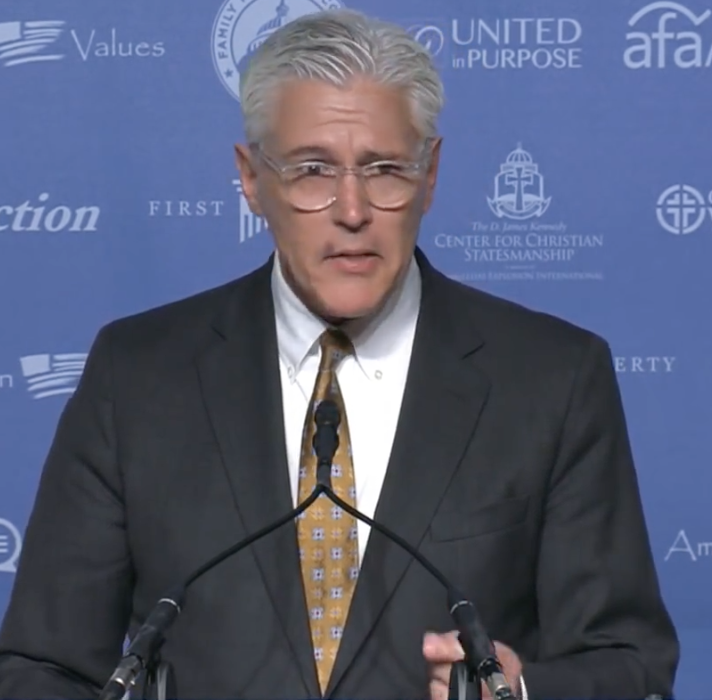 Everett Piper, president of Oklahoma-Wesleyan University, is scheduled for a session titled “Building Family-Friendly Nations, Making Families Strong Again.” Piper has been making the rounds on the anti-LGBT circuit over the past few years, and delivered the final keynote address at the 2015 Salt Lake City WCF gathering, in which he blasted gay rights activists and other liberals for “ideological fascism” and claimed there is a “war against Christians” in the culture. “The rainbow flag of tolerance has become the dark flag of tyranny overnight,” he claimed at another event in 2015. He has also suggested that secularists and radical Islamists are working together, aided by then-President Obama.

Austin Ruse is the president of the Center for Family and Human Rights (C-Fam), another anti-LGBT hate group and will be speaking on a panel titled “Family Advocacy at International Institutions." C-Fam, which is very active at the United Nations, garnered press in March when it was revealed that Lisa Correnti, the group’s executive vice president, was named by the State Department to the U.S. delegation to the UN’s annual Committee on the Status of Women. C-Fam has a long history of anti-LGBT and anti-reproductive rights activity and works through the UN to derail rights for both LGBT people and women. Ruse has made inflammatory statements in the past, including calling for left-wing professors to be “taken out and shot” and linking homosexuality to pederasty.

Sharon Slater president of the Arizona-based anti-LGBT hate group Family Watch International, will be speaking on the panel with Ruse (see above). She has been doing anti-LGBT and anti-choice activism at the UN and in Africa for years. In her book, Stand for the Family Slater links homosexuality to pedophilia, claims that LGBT people “recruit” children, and claims that homosexuality can be “successfully treated.” Resource materials on the FWI website claim that “children raised in same-sex households have serious problems.”

Journalist Franciso Tatad, who served as Minister of Information under Filipino dictator Ferdinand Marcos, is speaking on the panel with Theresa Okafor (see above). From 1969 to 1980 Tatad served in the Marcos regime and took to the airwaves in 1972 to read Marcos’ declaration of martial law. He resigned as Minister of Information in 1980 and was later elected as a senator after the fall of Marcos (1987) and served 1992 through 2001. At the 2015 WCF gathering in Salt Lake City he claimed that threats to the family and society aren’t just those who deny God, but those who actively hate God.