The alt-right’s presence seemingly pervades every corner of the Donald Trump administration, so perhaps it’s no surprise that key players in the extremist white nationalist movement are turning out to be involved in the president’s scandals as well — namely, the ongoing investigation into potential collusion between Russian intelligence and members of the Trump campaign. 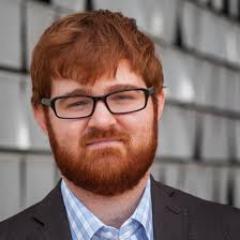 Two major alt-right figures — Charles C. Johnson, the white nationalist “Trump’s Troll” who reportedly acted as an adviser to the administration’s transition team, and notorious neo-Nazi hacker Andrew “weev” Auernheimer — have been implicated in the Russia investigation, according to a recent piece by Ben Schreckinger in Politico.

Their role became public when a Republican activist named Peter Smith, 81, committed suicide shortly after detailing for the Wall Street Journal his attempts to track down hackers he believed might possess the 33,000 emails Hillary Clinton deleted from her private servers, the controversy over which was a major campaign issue raised by Trump during the election. Smith’s involvement could be a key to the investigation if evidence can be found that he acted as a conduit between Russian intelligence operatives seeking to affect the 2016 election outcome and Trump adviser Michael Flynn, Sr., the onetime National Security Adviser who resigned over his meetings with key Russian officials.

Johnson, a onetime Breitbart News writer who told Schreckinger he met Smith in 2013 while conducting “opposition research” on President Obama, had been in touch with Smith throughout the 2016 campaign, discussing “tactics and research,” including Smith’s efforts in tracking down Clinton’s emails.

“He wanted me to introduce him to [Trump’s chief adviser, Stephen] Bannon, to a few others, and I sort of demurred on some of that,” Johnson said. “I didn’t think his operation was as sophisticated as it needed to be, and I thought it was good to keep the campaign as insulated as possible.”

Schreckinger reported that Johnson instead contacted a “hidden oppo network” of alt-right researchers (who he declined to identify) and urged them to back Smith’s efforts. Moreover, he suggested to Smith that he get in touch with Auernheimer. 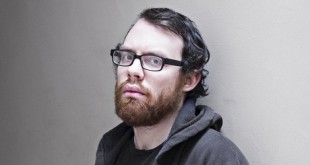 Auernheimer, claiming he is contractually prohibited from speaking to reporters, would not confirm to Schreckinger that Smith had contacted him.

Smith’s confession to the Journal corroborated other aspects of the Russia investigation that have been uncovered by reporters. It explained: “The operation Mr. Smith described is consistent with information that has been examined by U.S. investigators probing Russian interference in the elections. Those investigators have examined reports from intelligence agencies that describe Russian hackers discussing how to obtain emails from Mrs. Clinton’s server and then transmit them to Mr. Flynn via an intermediary, according to U.S. officials with knowledge of the intelligence.”

Smith killed himself in a Minnesota hotel room on May 14, days after talking to the Journal reporters. He left behind a carefully arranged stack of documents explaining his suicide and a note exclaiming, “NO FOUL PLAY WHATSOEVER.”

Johnson rose to notoriety in 2014 as an alt-right troll who led social-media harassment campaigns against people who were involved in mainstream news stories, including journalists, publishing their home and private information online and leading to threats at their residences. He also was notorious for using overtly racist language on his Twitter account, though he was permanently exiled from Twitter in 2015 for using threatening language.

In July 2016, Johnson was a guest on the racist radio show Fash the Nation, in which he claimed that he got interested in “race realism” — a phrase white nationalists use to refer to their racist ideology — at a young age. On the show, he maintained that ethnic and racial stereotypes are “largely true” and he admitted to factoring them into hiring practices, predicated on the principle that blacks are dumber than whites.

And at a certain point you … If we’re all the same, you would have statistically expected that if blacks are 15% of the population, they would make up, you know, 15% of honors winners, you know, honor students or whatever. And yet that’s never the case. And so you have to sit … You have to believe — that every single school on the planet, and in every single environment that’s run by white people — that they’re systematically discriminating against blacks for some reason. Or you have to believe the more obvious thing which is that they’re dumber. And enough experience with them kind of persuades you that the dumber thing is probably true.

He claimed in December that he had been “doing a lot of the vetting for the administration, and the Trump transition.” Forbes reported that Johnson didn’t have an official position, but was working behind the scenes with members of the transition team’s executive committee.

Auernheimer, who became famous in 2010 for exposing a hole in AT&Ts security system and wound up serving prison time for it before converting to outright neo-Nazi ideology, has been closely involved in the activities of the overtly racist “1488” segment of the alt-right. He helped Andrew Anglin set up his bulletin-board system for the neo-Nazi outlet Daily Stormer, and has been involved in sending threatening flyers out to Jewish community centers and colleges.

Johnson and Auernheimer had previously teamed up in 2015 in an effort to release hours of covertly filmed interviews with Planned Parenthood officials.