White Nationalists from around the globe will converge on Burns, Tennessee, Friday for the annual American Renaissance conference. The sold out program features a number of familiar faces — Jared Taylor, Sam Dickson, Peter Brimelow and John Derbyshire.

There are some conspicuous absences on the event bill, however; most notably, any of the rising stars of the Alt-Right that are headlining the August 12 Unite the Right Rally in Charlottesville, Virginia.

The absence of Richard Spencer, the de facto figurehead of the Alt-Right, from the official program is the most glaring.

Spencer, who has spoken prominently at previous American Renaissance conferences, has arguably become the most recognizable figure in the white nationalist movement over the past year. He rose to prominence on the brand of the Alt-Right, a term he helped coin, as its notoriety grew during the 2016 presidential campaign.

Seeking to capitalize on the attention and solidify himself as the spokesman of the Alt-Right last September, Spencer called a press conference in Washington, DC. Taylor and Brimelow — two of white nationalism’s most steadfast leaders — flanked him.

The symbolic appearance was short-lived. Just two months later, in a moment of “exuberance” at his annual National Policy Institute conference in Washington, just weeks after Donald Trump’s surprise presidential win, Spencer offered the toast, “Hail Trump! Hail our people! Hail victory!” He was met with a handful of stiff armed salutes from his audience members. 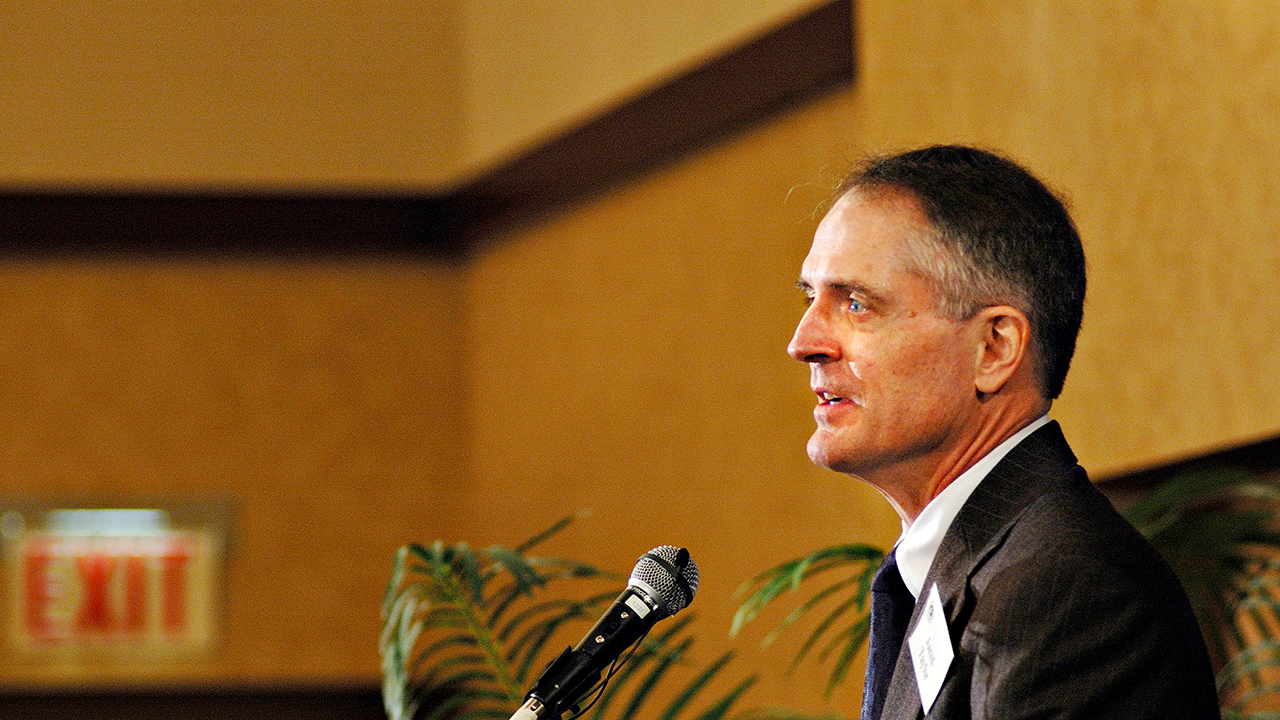 Taylor — whom Spencer credits with for his “red-pilling” — was less than enthusiastic.

“I was as shocked as anyone by all of that,” Taylor told Kristoffer Ronneberg in an interview. “The Alt-Right is a very broad movement. I have always known that there were at least anonymous Twitter accounts that are openly Nazi and anti-Semitic, but I did not think that Richard Spencer was that sort of person. I was shocked by these images that we’ve seen.”

Brimelow dismissed Spencer’s actions as “juvenile bravado” and went on to state, “Needless to say, my own speech during the conference itself bore absolutely no resemblance to any of this.”

Spencer, according to a July 2nd tweet, will attend the conference, but won’t have the privilege of taking the podium for an official speech.

His presence should be electric given that the reclusive Greg Johnson, editor at the white nationalist Counter-Currents Publishing, will be attending his first American Renaissance conference since 2008. Johnson and Spencer have been on opposite sides of a gigantic dispute around this year’s Scandza forum and the leadership of Arktos Media that includes allegations of embezzlement and doxxing.

A statement on AltRight.com titled, “Greg Johnson’s Attacks And How To Deal With Them,” lays out Johnson’s behavior at length, stating, “Greg’s disruptive behavior is bound to continue. ... There comes a time when the wider Alt-Right must simply be made aware of Greg’s unacceptable behavior. ... Today we are putting down our feet and say that ‘enough is enough.’”

The statement also outlines four separate occasions in which Johnson has attacked other leaders of the Alt-Right, including Andrew Anglin of the Daily Stormer, Brad Griffin of Occidental Dissent, Richard Spencer, and Matthew Heimbach and Matthew Parrott of the Traditionalist Worker Party.

Spencer and Daniel Friberg, an editor at AltRight.com and the latest of Johnson’s victims, are the signees.

Johnson’s history of lashing out at his fellow white nationalists goes back nearly a decade and includes a spat with Griffin and Sam Dickson, the only speaker to have addressed every single American Renaissance conference.

Dickson served on the board of The Occidental Quarterly [TOQ] a long running white nationalist journal, when Johnson served as its editor. It was Dickson who fired him.

“I was fired from TOQ and bounced out of [Charles Martel Society] in April of 2010,” Johnson wrote at Majority Rights in 2011. “The reasons were entirely personal. I could no longer work with Sam Dickson. Before I worked with him, he was one of my best friends. When I began working with him, I gradually came to view him with contempt for his calamitous decisions, his calamitous indecision and laziness, and his increasingly unstable, kooky personality. He repaid my contempt with hatred. I suggested that for the good of the cause he step down, and he responded by firing me.”

Nonetheless, Johnson will watch from the audience as the man he labeled a slanderer and a cheat, addresses the sell out crowd.

In a recent post on his Occidental Dissent website, Brad Griffin described in detail what he called “White Nationalism 1.0” and its failures. For Griffin, 1.0 represents individuals with narrow messages, little following who failed to use the power of the internet and social media to build a movement. Directing his rage toward neo-Nazi Billy Roper, Griffin wrote, “When Billy Roper started trashing the #UniteTheRight rally, it struck a nerve with mebecause these guys had their chance in the 2000s. They didn’t build stable organizations. They didn’t create their own platforms. They didn’t find common ground and work together. They didn’t have a palatable message or presentable aesthetics. Fundamentally, these throwbacks got us nowhere.”

Jack Donovan, a prominent figure in the blatantly misogynistic “Manosphere” subculture, and speaker at the 2014 AMREN conference recently wrote a piece on his website exclaiming why he was not a white nationalist. Donovan notes in his screed that, “Race alone isn’t enough to unite a people,” before discussing a recent speaking engagement in Germany and noting, “I flew to Germany to speak to German Identitarians recently, and I totally support their efforts to preserve their culture, because they have a culture — the culture of the majority of my own ancestors. The Germans aren’t just “white.” They’re German. They have a distinct language and a history as a people.”

One of the men who invited Donovan to Germany is Martin Lichtmesz, who is a member of the New Right think tank Institut für Staatspolitik. Lichtmesz has also translated the racist French novel Camp of the Saints, which Taylor has called a “powerful, gripping novel” into German. Lichtmesz will be speaking at AMREN this weekend, which is also curious, when you consider his comments in a recent podcast with Jack Donovan and another German, Martin Sellner.

Lichtmesz, discussing the tactics and direct actions taken by Europeans in the Identitarian movement stated, “I think its important to point out that all of these have a character of a sort of performance very often. A bit like a theater performance or also like a prank, you know, it’s a way of disturbing their narrative with a joke, with satire with something to annoy them but also something that in the end, you know produces a nice picture for the media, media picks it up, you know?”

While AMREN may be sold out, for many, the conferences represents what Griffin called “White Nationalism 1.0.” Griffin claims that the United the Right rally on August 12, “is going to be the biggest rally in over 25 years.” Taylor has attracted a crowd, but the racists in suits this weekend are not going to put on a performance like what is expected in Charlottesville, which represents a new organizing strategy, a “White Nationalism 2.0”