Well known sovereign citizen Heather Ann Tucci-Jarraf, formerly of One People’s Public Trust, was a fugitive from the law when she and two companions walked up to the southwest gate of the White House “to see if she was in the WH system for a meeting yet”. Tucci-Jarraf claimed she was referred by colleagues, who she attempted to put on the phone with secret service. The secret service’s response was to question her and her companions, temporarily cuffing one and then letting them go.

The next morning, agents tracked them down at the Trump International Hotel where Tucci-Jarraf told them she was staying and arrested her on a warrant out of Knoxville, Tennessee, where a grand jury had charged her with conspiracy to commit money laundering on July 17. Tucci-Jarraf is alleged to have conspired with Randall “Randy” Keith Beane to steal approximately $2 million from the federal reserve by purchasing Certificates of Deposit (CDs) with a fake bank account, then liquidating the CDs and sending the money to his personal account. Tucci-Jarraf is accused of pretending to be an attorney in order to persuade financial institutions to letting them buy a 2017 motorhome with the ill-gotten gains.

She is currently incarcerated in a jail in Washington, D.C., where she recently had an identity hearing because she refused to identify her “corporate self” to law enforcement. Tucci-Jarraf filed a document with her numerous Uniform Commercial Codes with the court, and fired her lawyer. She currently plans to continue her quest through the legal system pro se, which she will do from Tennessee where she is likely to be extradited.

Tucci-Jarraf has dozens of followers, many of whom think they can use her recommendations to access accounts filled with money. She is assuring them, through social media and jail, that this will happen. Many have responded ecstatically, others fear that she will remain in prison and are advocating for a possibly violent citizen’s arrest of the judge. 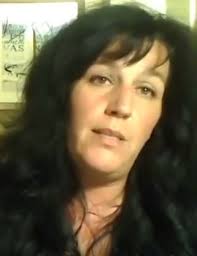 On August 7, John Jones Bey allegedly opened fire on three constables in Indianapolis, Indiana when they attempted to serve him with eviction papers. Police arrived at the scene and were unsuccessful at getting Bey to surrender. A SWAT team arrived and coaxed Bey out of his home after a three-hour standoff. Bey is facing criminal recklessness and attempted murder charges.

Bey, a Moor, is best known in Indiana for attempting to sue the state for $11.5 billion, stating that that he did not need to pay property taxes due to his status as a sovereign and was entitled to a refund.

During a 2014 traffic stop, the driver Larell Sonnier was caught with a pistol and 200 grams of marijuana by the Jefferson Parish Sheriff’s Office. A later search of his residence turned up another gun and 350 more grams of marijuana. Sonnier and his girlfriend Rana Badie were arrested.

The couple posted bail, but were required back in court for their pre-trial hearings. They arrived late to one, announcing that the law didn’t apply to them because they were ‘corporate entities.”  This landed them in jail for a month on contempt of court charges. After being released, they skipped another court date.

On July 20, Sonnier was sentenced to 17 years in prison, minus time served and without the possibility of parole. The charges against Badie were dropped. 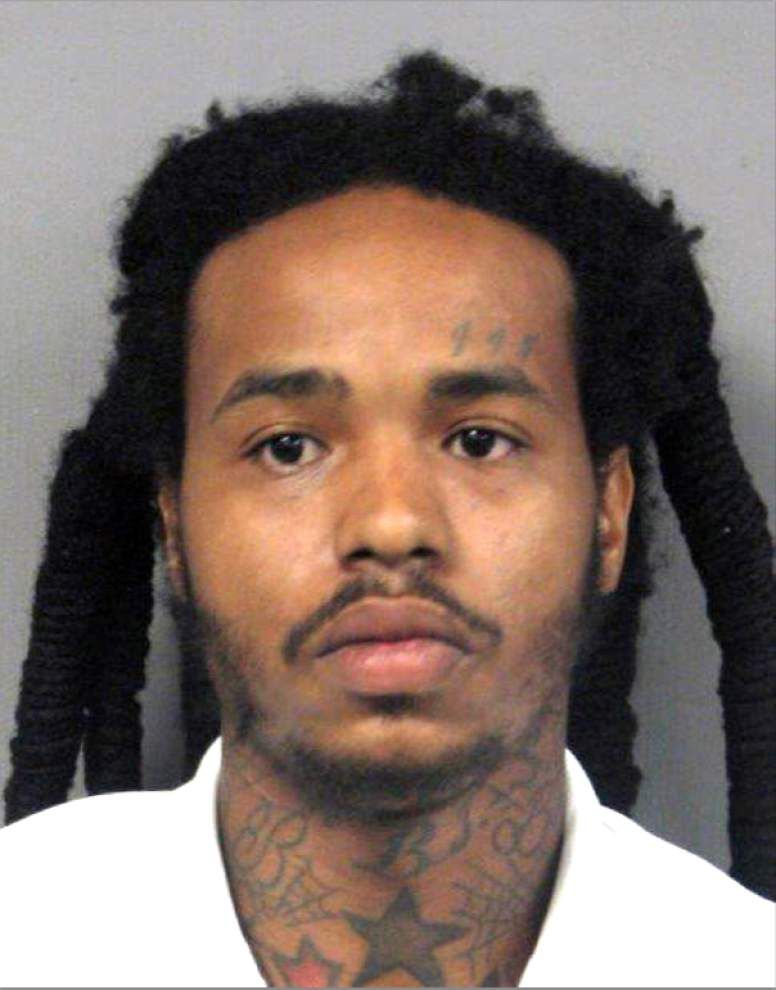 Andre Boynton, who claims to be a sovereign citizen, is also a serial child sex offender. He was previously convicted of sexual imposition and kidnapping of a 13-year-old and is currently serving time in prison for the kidnapping and rape of a 14-year-old in 2008.

During his incarceration, Boynton and his accomplice, Anika George, coordinated a small child pornography ring in Cleveland, Ohio. George preyed on boys, ages nine to 13, who she forced to have sexual relations with a disabled 14-year-old girl while she filmed them on her cell phone and Boynton directed the video from the prison phone.

George was arrested in 2014 and ejected from her trial on the first day for trying to upend the defense table. Boynton, who also faced charges for his part in their operation, was unruly at his trial and expelled before jury selection could begin. While being escorted out of the courtroom by the bailiffs Boynton yelled at his attorney, who he argued did not represent him, that he would charge him $100,000 every time the lawyer spoke on his behalf.

George and Boynton were convicted on August 4, 2017 of child rape, child pornography, human trafficking, conspiracy and voyeurism. Both are awaiting sentencing and could be facing life in prison without the possibility of parole.

Jason Blomgren, who is about to be sentenced for his role in the Bundy Occupation of the Malheur Wildlife Refuge recently tested positive for oxycodone — twice. This violates the conditions of his release. Blomgren is claiming, through his attorney, that he regularly eats ‘everything’ bagels, and that the poppy seeds therein gave him a false positive.

The court seemed amenable to Blomgren’s defense since the petition stating that Blomgren violated the terms of his release has been withdrawn and he has been ordered by the judge not to eat any more poppy seeds.

Don Ickes’ car displayed a license plate form the Embassy of Heaven, an anti-government group made up of religious sovereign citizen tax protestors. when he was stopped for speeding in 2011. After being notified by a state trooper that he needed to pull over, Ickes took his time, and eventually pulled into the driveway of a home belonging to another sovereign citizen. He then locked himself in his car and refused to provide his license or registration to the officer.

Getting nowhere with Ickes, the trooper requested backup. And after Ickes still refused to comply, one officer recognized him from past clashes with law enforcement. The officers broke the window and forcibly removed him from his vehicle.

Possibly emboldened by a 2002 trial court ruling which said that his refusal to show identification to game officers was within his constitutional rights, Ickes accused the troopers of using excessive force against him and filed a civil rights complaint.

On August 1, a federal appeals court dismissed Ickes’ complaint. The three-judge panel concluded that the officers had a reasonable concern, based on Ickes’ non-compliance and license plate, that an escalation could occur and had no way of knowing if Ickes was armed at the time or would use his own vehicle as a weapon against them.

On July 22, Vencenzo Green, II, tried to evade York County deputies, leading them on a chase while he threw marijuana out of his SUV. When sheriffs caught up to Green and arrested him, he told them he was a sovereign citizen and they did not have the authority to arrest him. 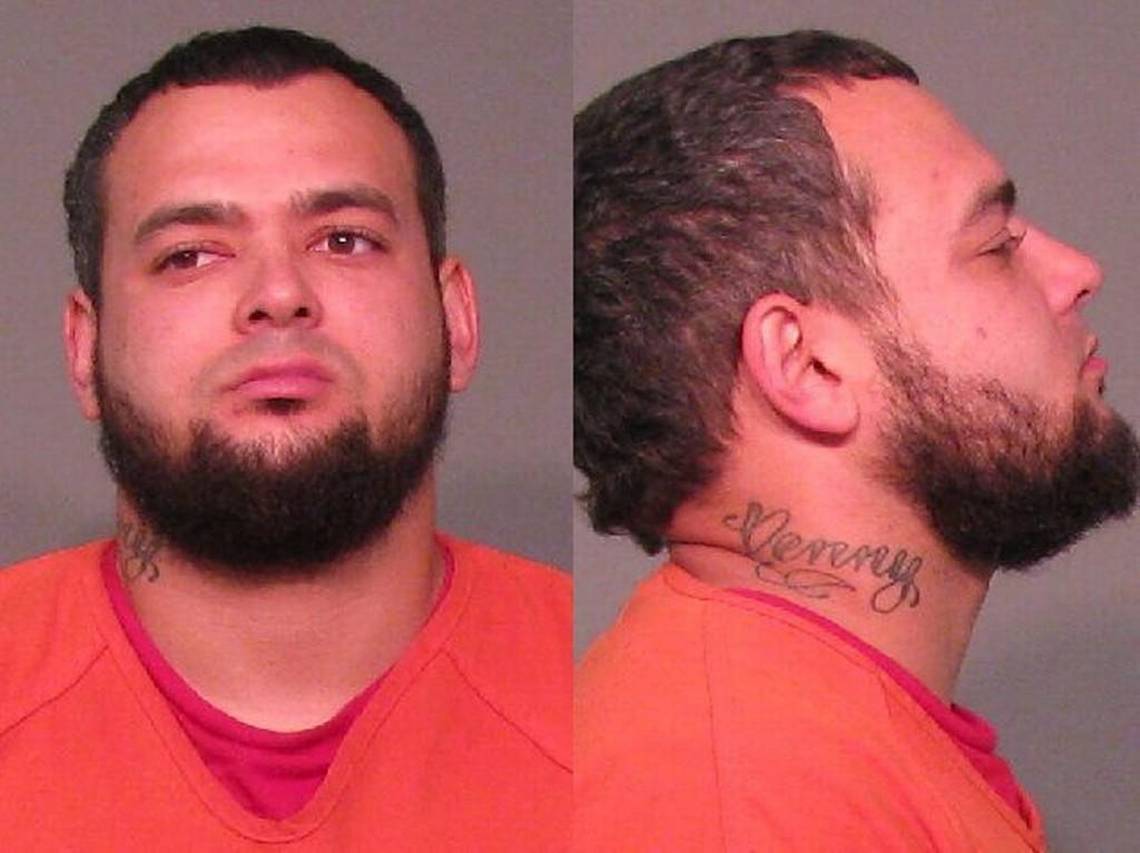 In 2012, sovereign citizen tax protestor James A. Stuart, Jr., of Delafield, Wisconsin, was sentenced to 33 months in prison for tax evasion. Stuart owed approximately $239,400 in back taxes to the IRS.

After receiving a guilty verdict, Stuart blamed his attorney, Robert Bernhoft — who defended actor Wesley Snipes on similar charges — telling the court that he was inadequately defended. A court of appeals heard his case, but affirmed the district court’s decision, sending Stuart to prison for his crimes.

Stuart was released in January 2015 and put on probation, but has been AWOL according to a judge overseeing the case.  Stuart was scheduled to appear at a probation revocation hearing in July, but never showed up and U.S. Marshals were sent to recover him. He was arrested on July 24 and remanded into the Marshals’ custody.