Lane Davis, 33, was obsessed with liberal ‘pedophilia,’ and allegedly accused his dad before stabbing him to death.

MOUNT VERNON, Wash. – Lane Maurice Davis is a well-known and at times popular alt-right social-media figure who uses the nom de plume “Seattle4Truth,” even though in reality he lived in rural Skagit County near the town of Bow, on Samish Island in Puget Sound, about 75 miles distant. His YouTube videos frequently have garnered thousands of views, and he wrote for the popular alt-right site The Ralph Retort. At one time, he was reportedly employed as a researcher for Milo Yiannopoulos.

Earlier this summer, under his own name, the 33-year-old stabbed his 73-year-old father — Charles “Chuck” Davis, a highly regarded civic leader in the Skagit County area and longtime attorney — to death during a heated argument over the younger Davis’ obsessive beliefs in conspiracy theories. 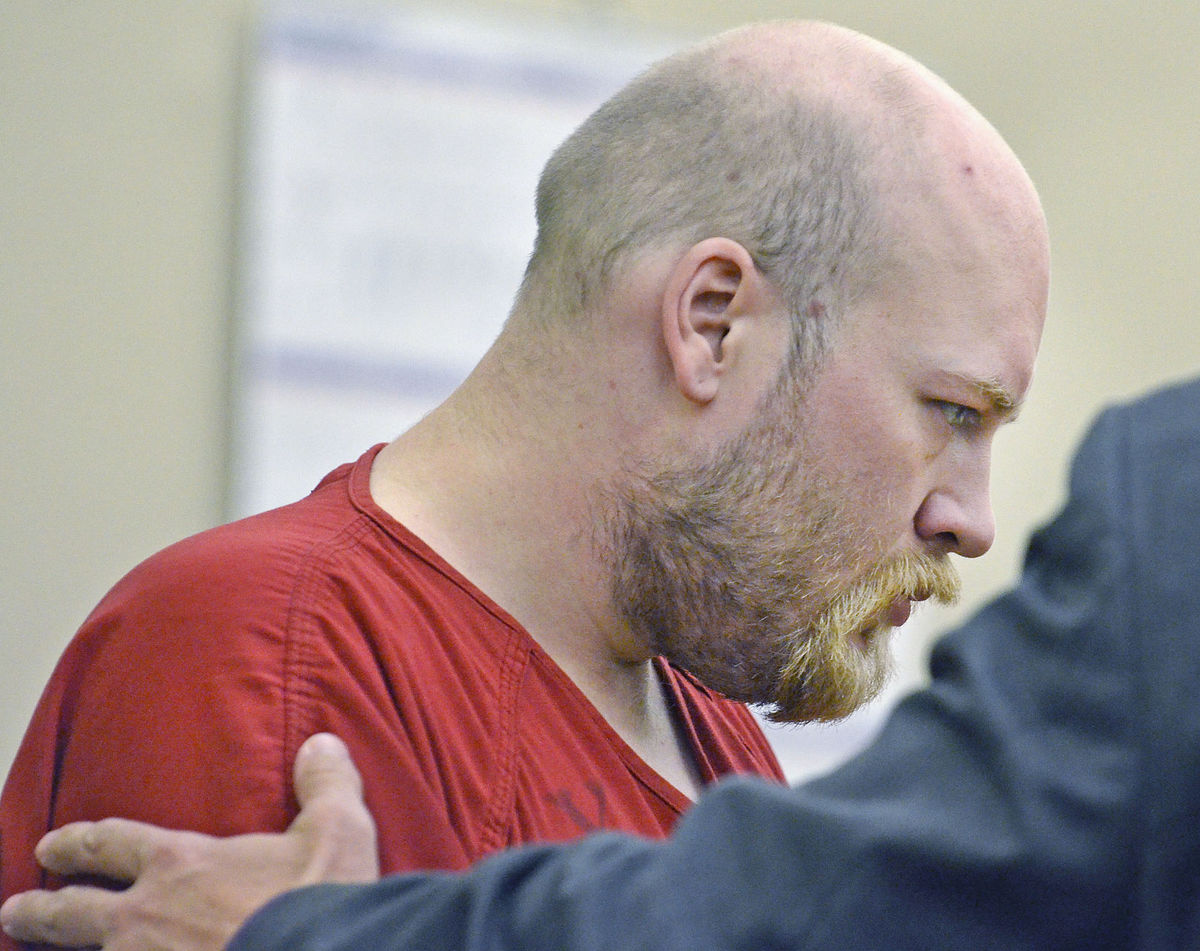 According to witnesses, Davis accused his father of “pedophilia” – based not on anything he had experienced, but on his belief in conspiracy theories that liberals are secretly organizing nefarious pedophilia rings around the globe (and in one case, even on Mars). Earlier this year, one of his “Seattle4Truth” videos described “progressive ideology’s deep ties to pedophilia”.

The stabbing occurred on Friday, July 14, and Davis was arraigned in his father’s murder the next day. However, it wasn’t until after his Aug. 10 plea hearing, at which he pleaded not guilty, that he was recognized on social media as none other than “Seattle4Truth” by journalist Ian Miles Cheong.

According to documents filed at Skagit County District Court, the younger Davis picked a fight with his parents on July 14, calling them “leftists” and “pedophiles.” Charles Davis recorded one of the arguments on his cellphone, and it made clear that Lane threatened several times to kill his father.

Acccording to statements Lane Davis gave police, his father attempted to kick him out of the house, and had told his son that he had called police to eject him. The younger Davis claimed Charles Davis had called him a racist and a Nazi, an affidavit filed in the case states. Grabbing a kitchen knife, Lane Davis then stabbed his father in the chest multiple times. Charles Davis was dead when police arrived.

In the town of Bow, Lane Davis was largely an anonymous nobody who lived off his parents. Charles Davis’ death, however, struck home for many people who were close to him.

Angie Mashaw, Lane Davis’s aunt observed to the Skagit Valley Herald that her sister, Catherine Davis, essentially lost both her husband and son in one horrible act. Both the family and the larger community who knew her brother-in-law, Mashaw said, were devastated.

"This island is in mourning," Mashaw said. "Our family loved him dearly. He was the brother I never had," she said.

However, in the larger virtual universe of the Internet, and particularly in the corridors of the alt-right, Lane Davis was a big somebody: “Seattle4Truth,” a somewhat popular contributor to the many conspiracy theories that fuel the movement’s far-right belief systems. He was best known for his many YouTube videos, all of which were dedicated to promoting a wide range of theories.

Davis was noted mainly for digging up all kinds of arcane “evidence” of ostensibly nefarious conspiracies from the archives of a number of technology companies, especially Microsoft, discussing their strategies for software generally and the gaming industry in particular. His most popular YouTube video, with nearly 50,000 views, was a three-hour “documentary” about the gaming-industry pseudo-scandal “GamerGate,” purportedly demonstrating the controversy was actually an evil plot cooked up by Microsoft cofounder Bill Gates and others on behalf of a scheme to brainwash American children through education reform.

Davis posted videos prolifically, including one attacking Evergreen State College for ostensibly inviting radical terrorism to its campus this spring (in reality, the threat of terrorism had come from someone angered by reportage on the story from right-wing media, threatening to kill “communist scumbags” on the campus). Another one attacked Hatewatch for a post featuring a photoshopped piece of art that in reality had been obtained from the original alt-right source.

According to right-wing gossip blogger Yes Margaret, Davis worked as a GamerGate researcher for Breitbart News technology editor Milo Yiannopoulos, and wound up being one of the primary sources for a tell-all piece in BuzzFeed exploring how Yiannopoulos rarely actually wrote any of the pieces that appeared under his byline, titled “Top Conservative Writer is a Group Effort, Sources, Say.”

"I wrote articles for him," he was quoted telling the reporter. "His articles on Breitbart. He writes some of them, but most no. He has other people writing his shit."

Davis apparently became noted for increasingly erratic behavior, including changing sides in the GamerGate controversy. The blog OneAngryGamer described his online evolution from would-be quantum-physics theorist to angry alt-right troll,  and noted that towards the end, he had alienated most of his onetime following, had “found no friends in the regular #GamerGate circles, and his content was regularly downvoted or filtered if it was posted or mentioned on places like Kotaku in Action or the 8chan #GamerGate threads.”

The news of his arrest was largely shrugged off by Davis’s alt-right cohorts, though it gave some pause to those closest to him. Davis was best known as the political editor of the alt-right site Ralph Retort, and after the arrest, editor/publisher Ethan Ralph — who himself has done jail time recently on charges of assaulting police officers — deleted all of Davis’s posts, and devoted a post to denouncing Davis as an “unemployed loser who lived with his parents and had not income to speak of.”

The man he murdered is the sole reason he was able to subsist at all. He had some volatile anger issues which are evident in the many YouTube streams he’s been present on. He’s also made threats and wild unfounded accusations against a lot of people over the past few years. I thought it was all in jest, but hindsight is always 20-20. Anybody who even slightly disagreed with Lane became the brunt of his verbal attacks and he would often label his detractors as “leftist pedos.” Lane used this same term against his own parents. When his father asked him to leave, Lane snapped. Lane Davis stabbed his father several times in the back and chest and by the time police arrived, he was dead.

A few days later, Ralph complained bitterly that “the rush to score points against me, while completely expected, is also completely ridiculous. I’m only responsible for my own actions. I also lack the ability to predict future murders.”

He concluded: “As always, the haters can eat shit. Nothing on this Earth will deter me from coming back stronger than before.”