Banners displaying the president’s name and MAGA hats are sure to be everywhere this weekend at a public park in Arizona for an event with title “Trump Unity Rally.”

But the event set to take place Saturday, March 10, at Phoenix’s Cactus Park is slated to include a mix of speakers whose actions have demonstrated they are anything but ordinary. The rally includes a conspiracy theorist who has called for the deaths of former FBI officials, a militia leader whose group tracks immigrants in the Arizona dessert and two prominent candidates for the U.S. Senate, both of whom have been relentlessly courting the far-right fringe. Two antigovernment militia groups, including the notorious Oath Keepers, have been tapped to run “private security” for the rally.

The rally is being organized by a group calling itself Patriot Movement AZ, comprised of anti-immigrant and anti-Muslim activists who made headlines earlier this year when they went to the Arizona capitol and shouted things like “go home” and “illegal” at people with dark skin, including a Navajo lawmaker.

The group, which appears to have been organized only within the past year, is among the many fringe groups being energized and influenced by the president’s over-the-top rhetoric on immigrants and Muslims, and the group expects the “Trump Unity Rally” to be the biggest event of its young existence. Organizers have also invited like-minded activists from California to speak alongside those from Arizona.

With the gathering set to get underway at 11 a.m. Arizona time on Saturday, here are five basic things to know about the rally and the people behind it:

1. The gathering is rooted in the antigovernment movement (despite the Trump love) 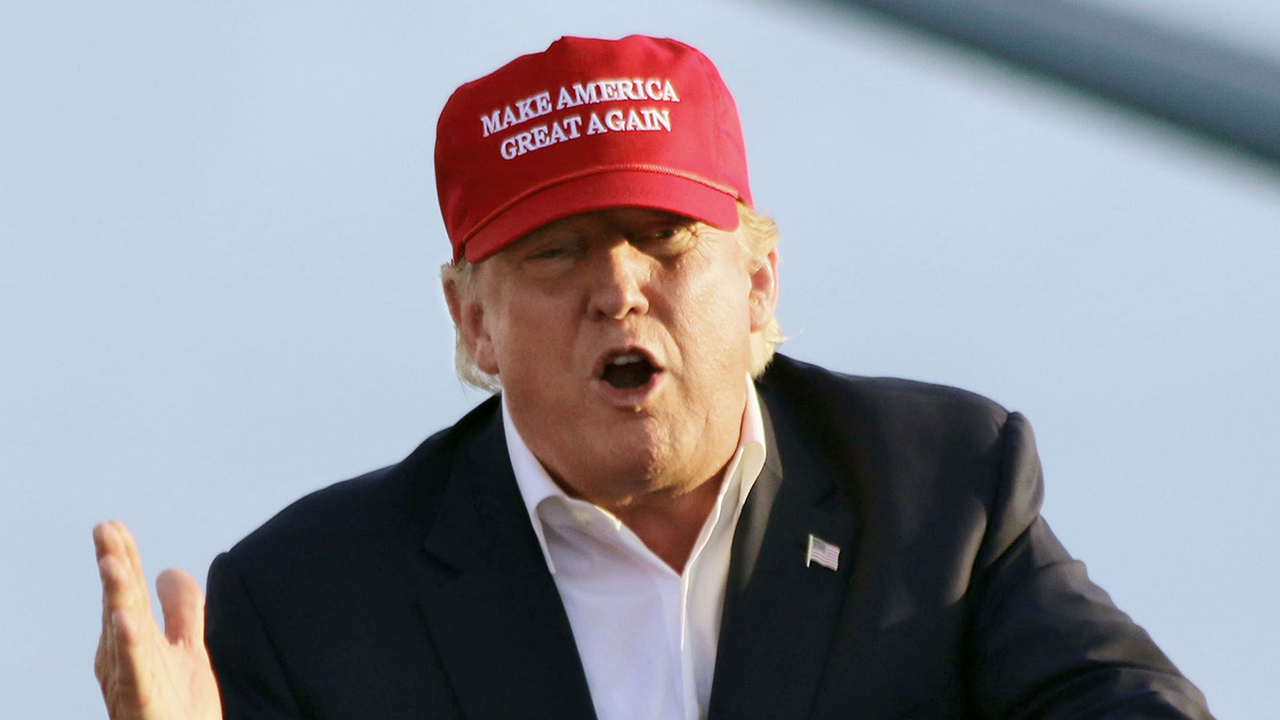 The “Trump Unity Rally” might be one of the clearest displays of how the antigovernment movement has evolved during the Trump era. Traditionally paranoid about the federal government from top to bottom, many in the movement have found themselves suddenly enamored with the commander-in-chief.

That love, however, only extends to Trump and his loyalists. The movement still largely exhibits deep paranoias about law enforcement and the intelligence community, driven partially by the ongoing FBI and special prosecutor’s investigation into the 2016 Trump campaign.

The rally’s scheduled emcee, an Arizona conspiracy theorist named Josh Bernstein, even recently called for “deep state death sentences” for four current or former FBI officials who have been involved in the ongoing investigation. As part of a February 6 video posted to YouTube and Facebook, he accused the four — Jim Comey, Andrew McCabe, Rod Rosenstein and Sally Yates — of treason and declared that “the guilty MUST PAY the ultimate price.”

2. Two armed militias are running ‘private security’ for the rally

Organizers for the rally say they expect counter-protesters to show up, so they’ve enlisted the help of a pair of armed militias to secure the section of the park where the rally is being held.

One of the militias, the Oath Keepers, might be the most well-known militia group in the U.S. and claim to have tens of thousands of members nationwide. Its members are comprised of current and former law enforcement and military veterans who have vowed to disobey government orders they deem to be unconstitutional. The group joined Cliven Bundy at his Nevada ranch in 2014 amid an armed standoff with federal law enforcement. Members of the Oath Keepers also famously showed up armed that same year in Ferguson, Missouri amid the racial unrest over the shooting death of unarmed black teen Michael Brown by a white police officer.

The other militia expected at the rally is the Arizona Liberty Guard, a group whose members have shown up at past events in the Phoenix area. During an event called “March 4 Trump” last year in Phoenix, the group was mistaken by some to be members of the National Guard after they showed up in military-style vehicles without license plates. They were wearing camouflage and body armor and carrying high-powered rifles.

3. Joe Arpaio and Kelli Ward plan to compete for far-right voter there 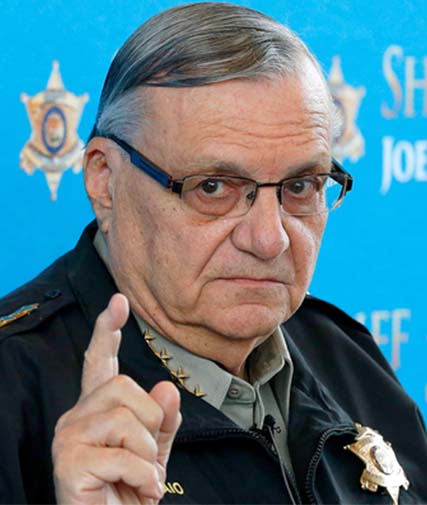 Two Republican candidates for the U.S. Senate in Arizona are scheduled to speak at the event, and both appear to be competing for the same block of far-right voters. They are both running in the primary to replace Sen. Jeff Flake, who announced he would not seek another term.

Of the two, the one with the most name recognition is former Maricopa County Sheriff Joe Arpaio, who served five terms in office before losing his seat to a Democrat in 2016. Arpaio is something of a folk hero to many in the far-right fringe, and he was one of the most prominent people to push the racist “birther” conspiracy theory about President Barack Obama. The baseless conspiracy theory is centered on the idea that Obama, the nation’s first black president, who was born in Hawaii in 1961, had secretly been born in Kenya. Therefore, the theory goes, he was not a natural-born U.S. citizen, thus making him ineligible to become president and making his time in office invalid. Arpaio no longer wants to talk about his years pushing the conspiracy theory, but he has never disavowed it.

Arpaio may be best known for directing his deputies to target Latinos with traffic stops in the Phoenix area, actions that were deemed illegal by a federal judge. After ignoring the judge’s order on the issue, Arpaio was found guilty of criminal contempt of court. He was pardoned by President Donald Trump, another longtime birther, last year before he could be sentenced.

Former Arizona state legislator Kelli Ward is also scheduled to be on hand as she makes her second run for Senate. Ward has worked to court the Trump base during her campaign, a strategy that has been complicated by Arpaio’s late entry into the race. But Ward has been endorsed by former Trump aide Steve Bannon, who used to run the Breitbart news organization, which he once declared to be “the platform for the alt-right.” Ward is also scheduled to be joined at a campaign event later this month by another former Trump aide, Sebastian Gorka.

4. ‘Patriot’ who talked of being a ‘martyr’ for his cause at Texas airport set to speak 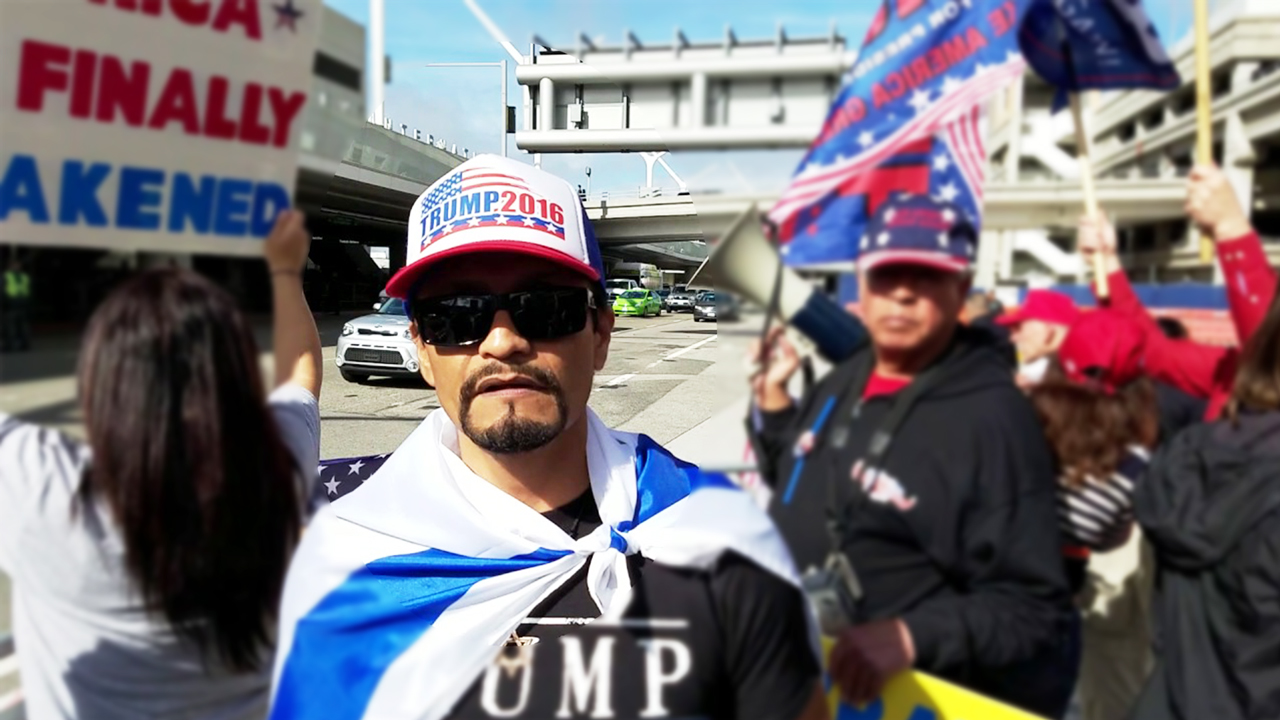 Harim Vargas, who goes by the pseudonym “Harim Uziel” and calls himself “The Hardcore American Patriot,” recently got into some trouble at an airport following a similar rally of Trump superfans in Austin, Texas.

Vargas, who lives in the Los Angeles area, was in the Lone Star State to speak at a March 3 rally at the state capitol. But as he was trying to fly back to California that evening, he ended up getting into an extended shouting match with a strange in the terminal of the Austin-Bergstrom International Airport. The disturbance caused American Airlines employees to prevent him from getting on his flight and also from getting a seat on a later flight. An airline spokeswoman told the Southern Poverty Law Center earlier this week, the airline barred him from the flights due to security concerns.

Wearing a large blue Trump flag draped over his shoulders, Vargas streamed the events live to his Facebook page. As was being led out of the airport by Austin police officers, he told his followers, “I’ll be a martyr, ‘cause I love America and I love Trump.” He later said in a video that his death at the airport might be imminent: “My patriots, I will not commit suicide. So if I’m found dead, it’s not me. But I’m willing to die, right here and now — for America. I love America.”

Tim Foley, the leader of the Arizona Border Recon militia whose actions have been the subject of numerous news reports and documentaries in recent years, is one of the featured speakers at the “Trump Unity Rally.” Going by the nickname “Nailer,” Foley and his crew track what they say are undocumented immigrants and drug smugglers crossing through the Arizona desert. At one point in 2011, the FBI and other federal agents were searching for Foley after he allegedly said he had planted improvised explosive devices in the desert near the border. But no legal action ever came of the search.

Foley has reached a small bit of fame that has gone beyond the militia world. He and his crew were featured in the 2015 documentary “Cartel Land,” which was nominated for an Academy Award. He was also recently featured on the Viceland show “Hate Thy Neighbor,” where he talked about being sober for more than 20 years following an addiction to meth and said he believed his actions along the border could turn into a shooting war.

Foley has attempted to mainstream his militia activities, with the Arizona Border Recon’s website going as far as to state “we are not a militia” despite the group’s paramilitary activities.