​Former Traditionalist Worker Party (TWP) chief Matthew Heimbach is out of jail, but far from out of trouble.

Heimbach walked free of the Louisville Metro Corrections Detention Center on Saturday. He spent 38 days in custody for violating his suspended sentence after hitting a protester at a Donald Trump rally in Kentucky in 2016.

While Heimbach has regained his freedom, he’s walking into a different world than the one that existed before his arrest in March in southern Indiana.

Heimbach has been quiet since his release. In response to a question from the Southern Poverty Law Center about what’s next, Heimbach chose to deflect the query.

“Catching up on Season 2 of The Handmaid's Tale,” Heimbach said in a text message. 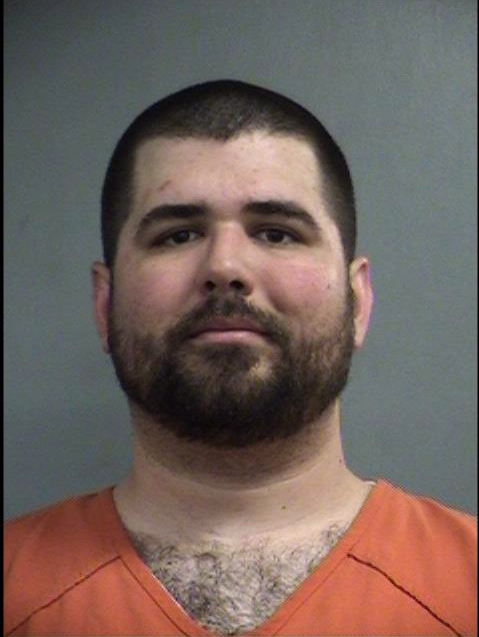 Former TWP leader Matthew Heimbach's mug shot when he was booked into jail in Louisville, Kentucky, in May 2018

When asked if he would attend either of the rallies in August marking the one-year anniversary of the deadly Unite the Right, Heimbach said he wouldn’t be in attendance.

“Nah, between work and watching The Handmaid's Tale, I’ve been told that Orange is the New Black is pretty good,” Heimbach said.

Heimbach was once billed as the new face of the far right and racist movements, a young, media friendly and savvy personality who headed what appeared to be a growing organization with TWP.

Heimbach started the Traditionalist Youth Network (TYN) in 2013 after graduating from Towson University. He and his father-in-law, Matt Parrott, later folded TYN into the Traditionalist Worker Party, a white nationalist organization cloaking itself in “traditionalism.”

When racists "alt-right" members and adherents gathered in Charlottesville, Virginia, in August 2017 for the Unite the Right rally, Heimbach was to be a featured speaker.

Heimbach and members of the TWP were also in-demand at other alt-right events.

They were outside the agricultural pavilion at Michigan State University on March 5 where National Policy Institute head Richard Spencer spoke, at one point physically fighting with and throwing rocks at protesters. By the time the fights ended, more than two dozen people — protesters and Spencer supporters — were arrested.

In the days after the Michigan State fracas, Heimbach posted on Gab: “Our speaker spoke at ‘your’ campus. We picked your best fighters up and threw them around like rag dolls until the police stepped in to protect y'all, and we even captured your flag, f------,” TWP wrote.

Heimbach’s legal problems started in 2016, when then-candidate Donald Trump held a rally in Louisville, Kentucky. Heimbach pleaded guilty to disorderly conduct in the assault of a protester and was given a suspended sentence with the admonition to stay out of trouble for two years.

Heimbach is also a defendant in a federal civil lawsuit stemming from the incident. The U.S. 6th Circuit Court of Appeals is weighing whether to let that lawsuit go forward.

Then in March, Heimbach was arrested in Paoli, Indiana, in a bizarre family incident involving his chief spokesman and benefactor’s wife, a confrontation and the police being called in the middle of the night.

Heimbach pleaded guilty in Kentucky to the violation of his suspended sentence in May, but that didn’t resolve the assault charges in southern Indiana.

Heimbach is awaiting trial in September in that case.

However the Indiana case plays out, it is unclear what remains of Heimbach’s future, whether it be more time in jail or as someone who fell from one-time alt-right rock star status.