Rental car agents are way too friendly in Portland, Oregon, but they mean it. They are happy to see visitors and accommodating with a sincere niceness that seems almost Canadian.

But Portland folks are not passive by any means. They’ve watched racist violence ebb and flow in their streets for years, and they are not complacent.

That dynamic was on display in the lead up to Saturday, August 4, as the city prepared for a rally and march by members of the far-right group Patriot Prayer, led by U.S. Senate candidate Joey Gibson, and the Proud Boys, an SPLC-designated hate group.

Antifascist and anti-racist protestors planned to counter the rally in similar fashion as they have in the past. Another rally on June 30 organized by Gibson descended into chaos and violence, and police declared it a riot. 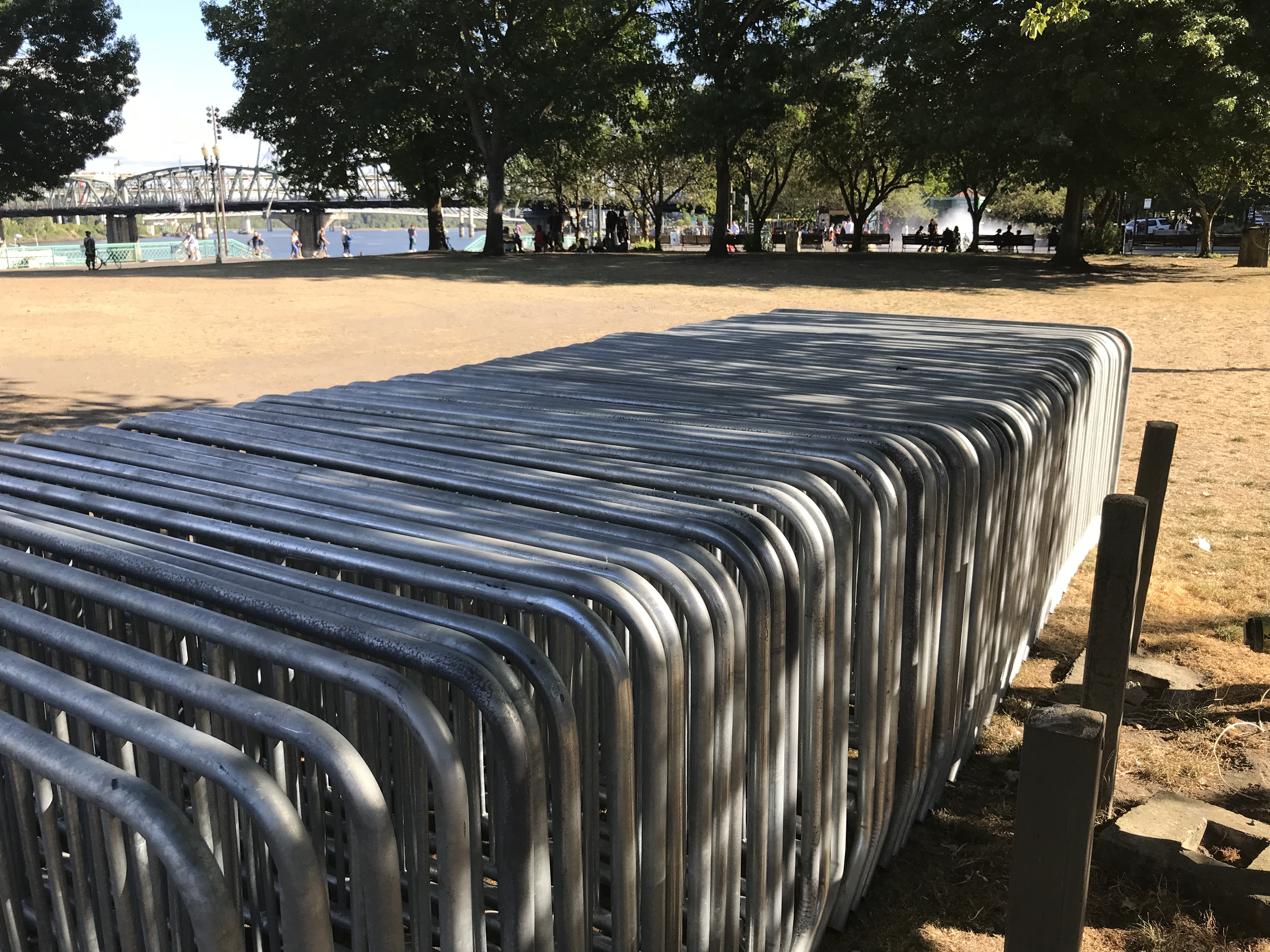 Stacks of metal barricades arrive on Friday, Aug. 3 at a waterfront park in Portland, Oregon in preparation for a Proud Boys and Patriot Prayer rally.

Around 5 p.m. on Friday, stacks of metal barricades were introduced to Tom McCall Waterfront Park, a 30-acre area that stretches along the Willamette River. In the afternoon, the sun came out and so did families, renting tandem bikes, tossing balls to dogs, moms watching toddlers play in the Salmon street fountain.

Businesses in and around the Portland waterfront were making plans for the day’s events without much input or guidance from law enforcement.

At the Rock Bottom Restaurant and Brewery, a chain brew pub two blocks up from the waterfront, staff was spooked. A waitress who grew up in the Palestinian territories said she was not coming in to work on Saturday, that she didn’t feel safe and that footage she had seen from past rallies had triggered her memories of growing up in a war-torn area.

Another employee said that management had received no direction from police, but their tentative plan was to leave the patio tables outside in the hoped that they would protect the windows, and to bring all employees and patrons down to the basement to shelter in place until the violence subsides.

Staff at a hotel directly across from the park said they had no idea what police had planned for the day, whether the streets would be closed off or what dangers guests might encounter.

An employee at Portland Spirit, a kiosk selling river cruises next to the Salmon Street Springs Fountain said he also had no idea what to expect, but that the cruises had moved their embarcation point up the river a bit to avoid that chaos Saturday might bring.