Another anti-Muslim group is scheduled to hold an event at President Donald Trump’s Mar-a-Lago resort.

The anti-Muslim hate group Center for Security Policy received a permit to hold an event at the president’s Florida resort on Nov. 23, according to The Palm Beach Post. The group reportedly received the permit Oct. 4, two days before the Trump Organization canceled a fundraiser scheduled at Mar-a-Lago sponsored by ACT for America, also a anti-Muslim hate group.

Center for Security Policy President Fred Fleitz told the Post that the event was still on despite the ACT cancellation. 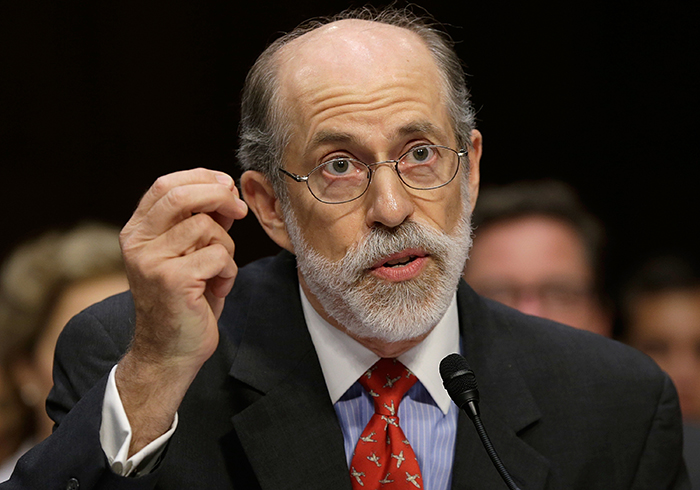 A telephone call and email to the Trump Organization about the center’s event went unanswered. Hatewatch also emailed the White House press office but had not received a response at press time.

The center plans to give several awards during the event, billed as “The Flame Dinner.” Florida Gov. Ron DeSantis is set to receive an honor but has not confirmed he will attend. Another award will be given to the House Freedom Caucus, a congressional caucus of conservative Republicans, including Center for Security Policy allies such as U.S. Reps. Louie Gohmert of Texas and Scott Perry of Pennsylvania. Single tickets for the event start at $650.

The center has been central in the organized anti-Muslim movement, churning out reports and materials aimed at sowing fear of Muslims in America. Frank Gaffney, the group’s founder and executive chairman, has said he believes the Muslim Brotherhood has gained a foothold in the U.S. government and is working to bring it down from within. He also once suggested that President Barack Obama was the first Muslim president of the United States.

Despite peddling anti-Muslim conspiracy theories, Gaffney has connections to powerful political figures in the Beltway. U.S. Secretary of State Mike Pompeo appeared on Gaffney’s radio show numerous times when he was a congressman from Kansas. Pompeo also spoke at the center’s 2015 “ Defeat Jihad Summit.”

Fleitz took over for Gaffney as the group’s president in January. Fleitz co-authored a 2015 report titled “The Secure Freedom Strategy: A Plan for Victory Over the Global Jihad Movement.” One section of the report urges readers to be wary of engaging in interfaith dialogue with Muslims, saying it is a tactic used by “stealth jihadists.” Fleitz was chief of staff for former national security adviser John Bolton at the National Security Council from May to October 2018.

The Trump Organization canceled ACT for America’s $1,500-a-plate gala after Hatewatch and other news organizations reported it was scheduled to host the event next month. ACT’s founder and president, Brigitte Gabriel, released a video Oct. 12 asking Trump to “reverse the decision and come celebrate freedom of speech at your Mar-a-Lago as our guest of honor.”

A Trump Organization representative told Hatewatch in an email Oct. 7 that ACT’s event “will absolutely not be taking place at Mar-a-Lago.” The event hasn’t been rescheduled yet.

The news that the Center for Security Policy is set to have an event at Mar-a-Lago comes as the announcement that the 2020 G7 Summit will take place at Trump’s Doral, Florida, resort prompted a new round of questions about the president and his businesses.

House Speaker Nancy Pelosi tweeted a Fox Business video Thursday saying the G7 Summit at Doral violates the Constitution's Emoluments Clause that establishes presidents' salaries remain constant throughout their terms and that they are not allowed to receive funds beyond that.

Trump refused to give up ownership of his properties when he took office. While it is reported that day-to-day operations are now handled by his family, Trump is still said to profit from his properties. He reportedly made $22.7 million from Mar-a-Lago in 2018, according to a financial disclosure form obtained by NPR.

The Muslim civil rights group the Council on American-Islamic Relations (CAIR) called on the Trump Organization to follow suit and call off the Center for Security Policy’s event.

"The Trump Organization made the right decision to cancel a previous event hosted by an anti-Muslim hate group, and we call them to do so again," said Robert McCaw, CAIR’s government affairs director, in a statement.

"The President of the United States should not profit from a group that makes its money by demonizing an entire faith and whose founder traffics in widely debunked conspiracy theories, including that former President Obama is Muslim and that mosques want to destroy Western civilization from within."