Julie Kirchner, a nativist hard-liner with ties to an anti-immigrant hate group, has resigned as ombudsman at U.S. Citizenship and Immigration Services (USCIS).

Kirchner had been ombudsman at the agency that’s part of the Department of Homeland Security since January 2017. From 2007 to 2015, she was executive director of the anti-immigrant hate group Federation for American Immigration Reform (FAIR).

On Monday, BuzzFeed first reported on an internal Department of Homeland Security email announcing her resignation. In April, Kirchner’s name was floated to replace L. Francis Cissna as director of USCIS. The job instead went to Ken Cuccinelli, who is serving in an acting role. 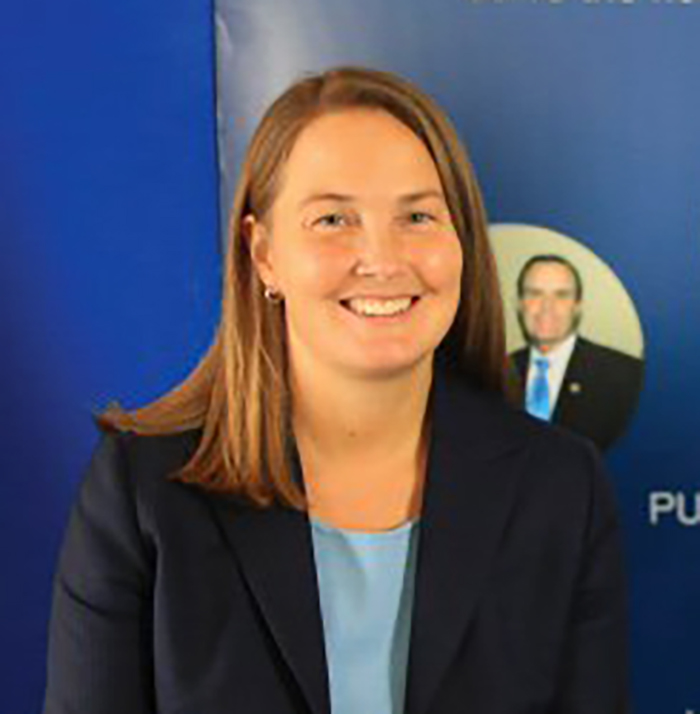 Julie Kirchner was executive director of the anti-immigrant group Federation for American Immigration Reform before becoming an adviser to Donald Trump's campaign and then joining the Trump administration. (Twitter)

Kirchner was a controversial hire at USCIS given her history with FAIR. Her selection as ombudsman underscored the unprecedented access leaders in the anti-immigrant movement had in the Trump administration. The USCIS ombudsman is responsible for assisting with individual immigration cases and identifying ways to improve the agency’s services.

The agency is reportedly facing extreme backlogs, some of which critics say appear to be by design. The American Immigration Lawyers Association published a brief in January citing “crisis-level delays in the agency's processing of applications and petitions for immigration benefits under the Trump administration.”

In February, U.S. Rep. Elijah Cummings, D-Md., who chaired the House Oversight and Reform Committee, sent a letter to Kirchner demanding answers about the reported backlogs. Cummings questioned Kirchner’s commitment to the agency’s mission given her history with FAIR. “[M]y office has received reports that you may be failing to effectively carry out these functions. These concerns are particularly troubling in light of your past work as Executive Director of the Federation for American Immigration Reform (FAIR), which asserts that its mission is to ‘reduce overall immigration,’ including by ‘reducing legal immigration,’ ” the congressman wrote. Cummings died Oct. 17.

During Kirchner’s tenure at FAIR, the group advocated for hostile policies toward immigrants, including the repeal of birthright citizenship, which is guaranteed by the 14th Amendment.

FAIR has been vilifying immigrants and lobbying to pass anti-immigrant ordinances at the federal, state and local level for 40 years. FAIR was founded in 1979 by the late John Tanton, an avowed eugenicist and architect of the modern-day, anti-immigrant movement. Tanton started FAIR, along with a network of anti-immigrant groups, to carry out his racist immigration goals, which included maintaining a clear “European-American majority” and staving off a “Latin [American] onslaught,” according to letters written by him.

Kirchner left FAIR in August 2015 to work as an adviser to Donald Trump’s presidential campaign. In 2017, she briefly was an adviser to then-acting U.S. Customs and Border Protection Commissioner Kevin McAleenan. Trump tapped McAleenan to replace Kirstjen Nielsen as acting secretary of the Department of Homeland Security in April. McAleenan announced earlier this month that he would be stepping down from DHS.

Kirchner’s exit does not appear to signal a change at the agency. Cuccinelli has proven to be a hard-liner in his own right. A controversial public charge rule that would hurt low-income immigrants was scheduled to go into effect Oct. 15, but federal judges have blocked the policy.

On Sept. 25, Cuccinelli appeared at FAIR’s annual media and networking event, Hold Their Feet to the Fire, which brings together anti-immigrant figures, conservative radio-show hosts and politicians. The following day, he spoke at an event organized by the Center for Immigration Studies, another anti-immigrant hate group.

“Julie Kirchner’s former role as the Ombudsman for the U.S. Citizenship and Immigration Services (USCIS) was evidence of the strong ties that this administration has had with anti-immigrant groups,” said Jessica Cobian, senior campaign manager for anti-hate and immigration at the Center for American Progress, in a statement to Hatewatch.

Cobian reiterated Kirchner’s ties to FAIR, noting she “spent her career lobbying for anti-immigrant policies and propagating ideologies that dehumanize immigrants of color.”

“Given her background, Kirchner’s tenure at USCIS only undermined the important role of the agency,” Cobian said.

Michael Dougherty, who is the assistant secretary for border, immigration and trade policy at the Department of Homeland Security, is expected to take Kirchner’s place as USCIS ombudsman, CNN reported.