The leadership of the neo-Nazi National Socialist Movement (NSM) has been thrown into chaos again following the death of self-described civil rights activist James Hart Stern.

Stern died last month following a long battle with bladder cancer. He was 55. A close friend confirmed his death to The New York Times in a Nov. 6 report.

Stern was at the center of a battle for control of NSM. In January, NSM’s former leader, Jeff Schoep, reportedly signed papers in Michigan handing control of the group over to Stern, a black preacher with a checkered past that included prison time for mail fraud. 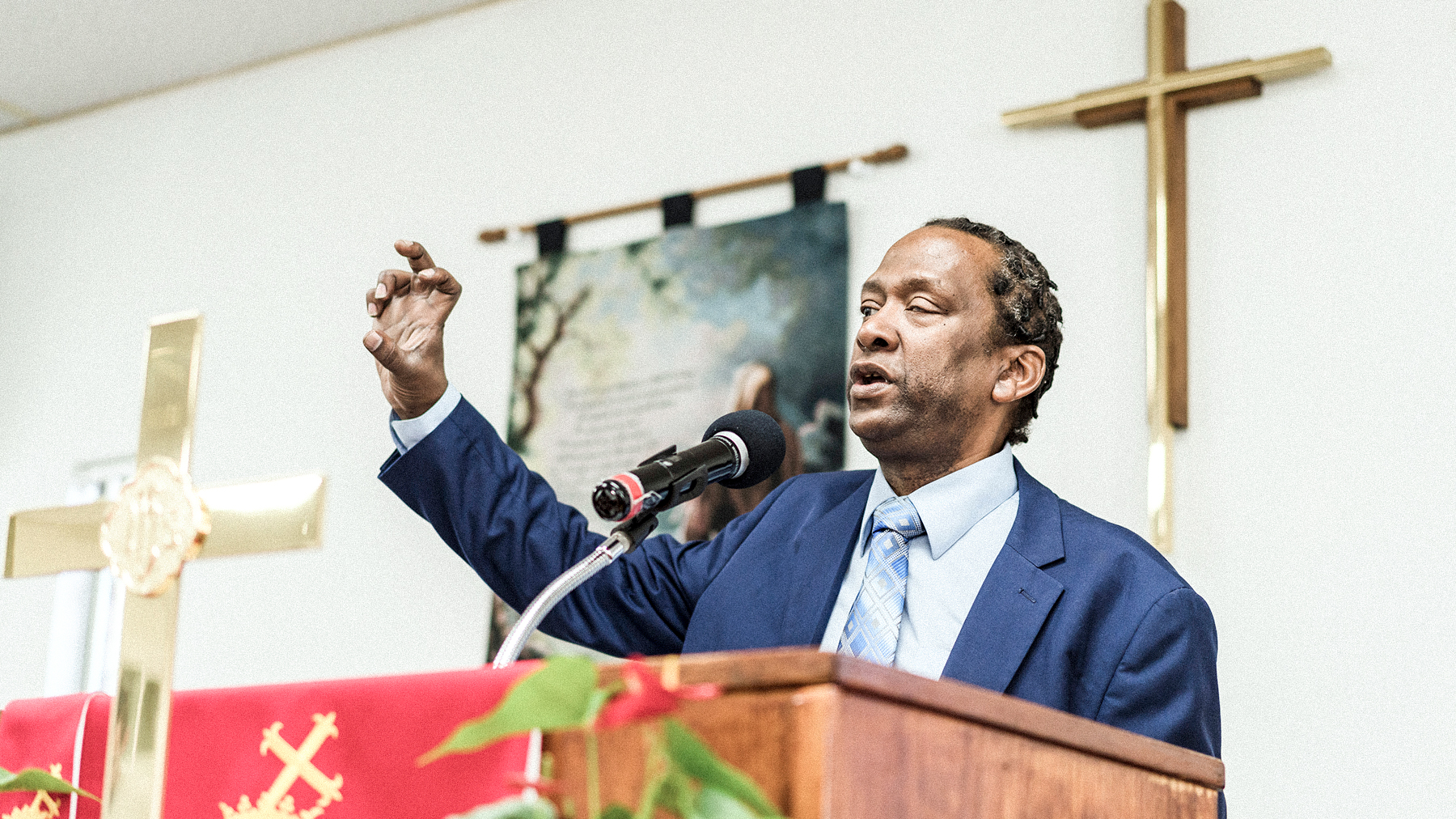 James Hart Stern, who was at the center of the battle for the National Socialist Movement, preaches at a Moreno Valley, California, church in April. (Philip Cheung for The Washington Post via Getty Images)

Stern met Schoep during a “race summit” the former organized in 2014, the Times said. By 2019, according to the paper, Schoep told Stern he was concerned about NSM being a defendant in a civil lawsuit stemming from the deadly “Unite the Right” rally in Charlottesville, Virginia, that left one counterprotester, Heather Heyer, dead.

But Burt Colucci, the group’s former chief of staff, reportedly took control of NSM and registered the group in Florida, his home state. Stern then filed a lawsuit in his native California, seeking hundreds of millions of dollars and a ruling barring anyone from interfering in his operation of the group.

Stern’s death now puts the official leadership of the group in question. A status hearing in Stern’s lawsuit scheduled for next week has been canceled.

Colucci has insisted that Stern was the group’s president in name only, according to the Detroit Free Press. On the NSM website, Schoep wrote on March 6, “James Stern has ABSOLUTELY no legal control or legal standing with the National Socialist Movement.”

Since then, Schoep has publicly renounced his antisemitism and has left NSM. However, lawyers in the Charlottesville lawsuit claim he has employed stalling tactics to avoid providing documentation in the ongoing case, raising suspicions about his continued loyalty to the group.

Stern’s law firm, Daniels Law, could not be reached for comment. Colucci did not respond to a request for comment.

However, one of Stern’s attorneys, William Daniels, told The Associated Press that his client’s death doesn’t end the leadership dispute. “But it’s just not clear to me now how it’s going to unfold,” Daniels said.

Photo by Philip Cheung for The Washington Post via Getty Images