Federal authorities continued a crackdown on the violent neo-Nazi organization Atomwaffen Division by indicting a suspected member on gun charges.

A federal magistrate judge in Lubbock, Texas, last week ordered Aiden Bruce-Umbaugh held in jail pending trial. Bruce-Umbaugh, 23, of Olympia, Washington, pleaded not guilty after being indicted on a count of possession of a firearm by an unlawful user of a controlled substance.

Hatewatch has identified at least 11 arrests of those with ties to Atomwaffen Division since 2017. Others have faced federal and state charges involving weapons possession, murder and possession of child pornography. 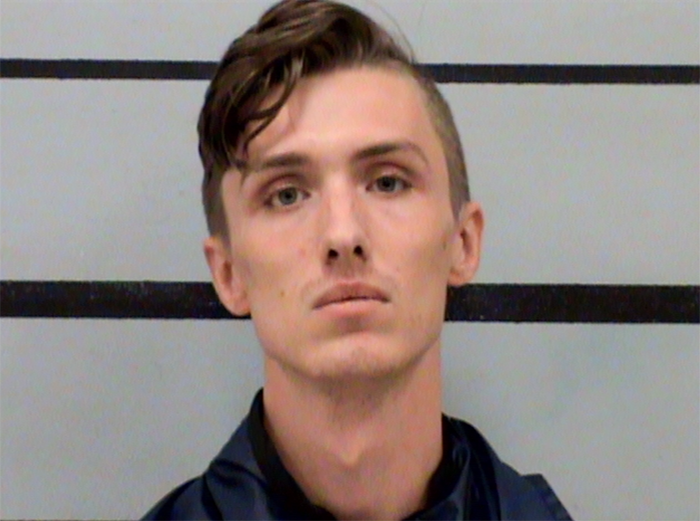 Bruce-Umbaugh’s attorney, Michael L. King of Lubbock, did not return an email or a phone call seeking comment.

The arrest comes two months after the Department of Homeland Security released a strategy document aimed at assisting law enforcement in assessing and dealing with the threat of violent white nationalism.

Atomwaffen subscribes to the theory of “leaderless resistance,” meaning small groups of individuals work on their own, which makes determining national leadership problematic. The neo-Nazi organization ­– Atomwaffen means nuclear weapons in German – has been tied to suspects in five killings since 2015, according to a New York Times report last year.

Authorities arrested Bruce-Umbaugh during a Nov. 4 traffic stop in the Garza County, Texas, town of Post, about 40 miles southeast of Lubbock.

Bruce-Umbaugh was passenger in a car driven by Kaleb James Cole, an admitted Atomwaffen member authorities have identified as the Washington state cell leader.

Police, in the arrest report, said Cole and Bruce-Umbaugh wore tactical clothing. According to the criminal complaint, when asked if there were weapons in the car, Bruce-Umbaugh said, “Oh yeah, we have rifles in the back.”

Police searched the vehicle and said they found a small amount of marijuana and THC oils, a Sig Sauer firearm, a 9 mm pistol, an AR-15 rifle, two AK-47 rifles and 1,500 to 2,000 rounds of ammunition, according to the criminal complaint.

Bruce-Umbaugh admitted to law enforcement that the firearms, marijuana and THC oils belonged to him, the criminal complaint said. The Lubbock Avalanche-Journal reported that Cole was ticketed and released.

Police said the two men were headed to Houston from Seattle to “meet with some friends,” according to the complaint.

Prosecutors alleged Bruce-Umbaugh, during jail phone calls, referred to being affiliated with “the group” and talked about a photo of himself and another group member at the Auschwitz concentration camp, according to a statement from the U.S. attorney’s office for the Northern District of Texas.

KING-TV in Seattle reported that Bruce-Umbaugh and Cole traveled to Eastern Europe and posed together at the camp in Poland.

Seattle police in October obtained a court order to seize guns and a concealed carry permit belonging to Cole, who reportedly goes by “Khimaere.” Police, in filing for an emergency protection order, said they were “increasingly concerned” about Cole’s access to firearms given his involvement in a “known terrorism group.”

During a protection order hearing last month authorities made the case that Cole belonged to a group seeking a “race war.” The petition to seize his weapons described Cole as a “self-admitted” member of Atomwaffen and the Washington state chapter’s cell leader. He poses “a serious threat to public safety,” according to the petition.

“He had an enormous amount of ammunition,” Seattle police Detective Joe Stankovich said during the Oct. 8 hearing.

“Considering the number of firearms he had … it seemed like it was more than just a hobby.”

The FBI also weighed in during the October hearing. “The Atomwaffen Division is a neo-Nazi group, and they promote violence and the stockpiling of weapons among their members in preparation for a race war,” FBI Special Agent Kate Murphy testified.

Canadian authorities also banned Cole from their country because of his association with the group, according to the Seattle police petition.

Cole has not been charged with a crime in Washington state related to the weapons. He did not appear at last month’s hearing.

Police arrested Russell in May 2017. CBS reported that law enforcement found a skull mask, binoculars, two rifles and hundreds of rounds of ammunition in his car, citing court documents.

Russell pleaded guilty in September 2017 to possession of an unregistered destructive device and unlawful storage of explosive materials.