Mass Resistance (or MassResistance) posted a blog June 11 claiming BLM is a “violent Marxist-Leninist group at its core” and that its goals are ultimately “destructive to blacks.”

The blog included racist dog whistles, such as claiming BLM is “relentlessly angry” and “violent” – pervasive stereotypes applied to Black people. Black women are most often dehumanized as “angry” while Black men are often characterized as “violent,” thus providing an excuse to enact racist state violence against them. 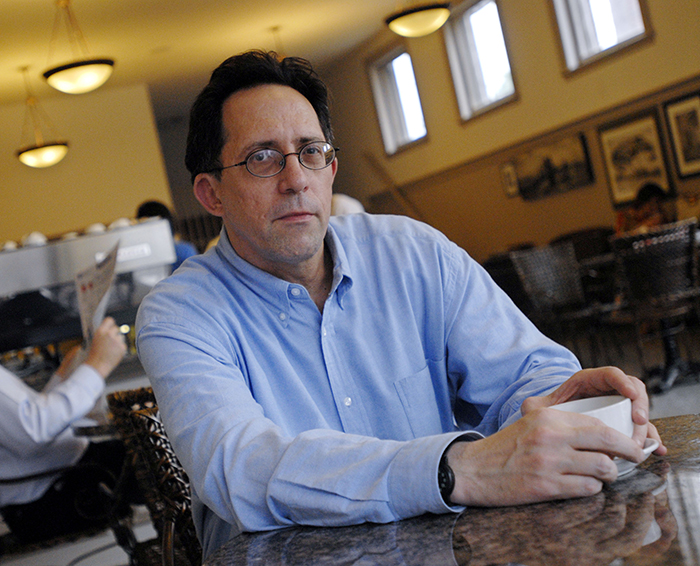 The author of the Mass Resistance blog refers to BLM as “thugs” and goes on to say that the group’s platform says nothing about “freeing black people from the social pathologies that truly keep them down: unwed motherhood, fatherless homes, dependence on government, horrible inner-city schools, gangs, drug-infested neighborhoods, black-on-black crime, and massive abortion rates.”

But Simon Howard, an assistant professor of psychology at Marquette University, told Hatewatch: “When Mass Resistance talks about how Black Lives Matters fails to talk about the ‘social pathologies that truly keep Black people down,’ they invoke stereotypical narratives and images of Black people such as the single Black mother, the absentee Black father, drug infested neighborhoods and Black-on-Black crime.”

Howard’s research examines how race and racial stereotypes influence marginalized and non-marginalized groups. “These tired anti-Black tropes have historically been used to pathologize Blackness,” he said in an email to Hatewatch.

BLM was launched in 2013 (not 2014 as Mass Resistance claims) by Alicia Garza, Patrisse Cullors and Opal Tometi in response to the acquittal of George Zimmerman, who shot and killed Black teen Trayvon Martin in Florida. They wanted to create a “Black-centered political will and movement building project.” Since then, BLM is now a member-led global network of over 40 chapters. BLM members “organize and build local power to intervene in violence inflicted on Black communities by the state and vigilantes,” according to the BLM website. BLM is integral to current protests against police violence and brutality and systemic racism that have been growing in response to the murder of George Floyd in Minneapolis.

MassResistance, based in Waltham, Massachusetts, about 12 miles west of Boston, was founded in 1995 as Parents’ Rights Coalition. It operated for a while as Article 8 Alliance to oppose same-sex marriage before it was legalized in that state in 2004. The group changed its name to MassResistance in 2006, ostensibly to “resist” further LGBTQ equality.

Throughout its history, the organization has primarily focused on demonizing LGBTQ people and battling LGBTQ inclusion in schools and public life. It published a book in 2017 that links LGBTQ people to violence and disease; within the past two years, especially, it has worked to stop Drag Queen Story Hours in public libraries and to stop comprehensive sex ed in public schools, claiming it’s a way to “indoctrinate” children into being LGBTQ.

The blog claimed that the “real” mission of BLM is the destruction of family and then linked it to an “LGBT agenda, open borders, plus bizarre racist doctrine.” Mass Resistance also linked BLM to Nazi Germany, saying that “Their violence, disruption, and intimidation tactics are reminiscent of the Nazi Brownshirts, the true original fascists.” The blog included images from that era.

Though Mass Resistance primarily focuses on anti-LGBTQ animus, this isn’t the first time that the organization has engaged with other extremist ideologies.

Mass Resistance coordinator of organization Arthur Schaper is also head of the main California chapter. He is also a member of nativist group We The People Rising, headed by longtime anti-immigrant activist Robin Hvidston.

Schaper and fellow anti-immigrant activists shouted down a Riverside, California, speech in 2017 by then-state senate leader Kevin de León with screams of “anchor baby.” Schaper has also protested outside Democratic congresswoman Maxine Waters’ office with a sign telling her to “go to hell.” The local GOP pulled the charter of the Beach Cities Republicans, of which Schaper had been elected to a second term as the group’s president, in fall 2016, saying that Schaper’s “inappropriate activities” (disrupting meetings and intimidating local officials) were the major reason for its actions, according to The Los Angeles Times.

Some organizers of that parade have ties to the “alt-right” and “ alt-lite,” a movement that tends to avoid overt expressions of white supremacy but engages in xenophobia and supports misogyny. The now-defunct ThinkProgress noted in 2019 that straight pride events often mask a far-right agenda that includes white supremacist dog whistles like photos that showcase predominantly white couples and families.

One of the straight pride Boston organizers, military veteran Mark Sahady, has ties to groups such as the Proud Boys and the Massachusetts Patriot Front. Both groups are on the Southern Poverty Law Center’s hate list.

Another organizer, John Hugo, ran for Massachusetts’ Fifth Congressional District in 2018 and received support and an endorsement from Resist Marxism, a group with antisemitic and anti-LGBTQ views. Kyle Chapman founded Resist Marxism; Chapman is also known as “Based Stickman “and has a history of violence and activity in alt-right circles. Hugo lost in the general election.

Photos from the straight pride event posted on the Mass Resistance blog include one of Brian Camenker, head of Mass Resistance, with alt-right provocateur Milo Yiannopoulos and another of him with a member of the Proud Boys.

Yiannopoulos was permanently banned from Twitter in 2016 after he incited racist attacks on the platform against Black actress Leslie Jones. Members of the Proud Boys marched at Unite the Right in Charlottesville, Virginia, in 2017 alongside white nationalist Richard Spencer. Former Proud Boy Jason Kessler helped organize the rally. White supremacist James Fields deliberately drove his car into a crowd of counterprotesters at that event, killing Heather Heyer.

It’s not clear whether Mass Resistance will continue demonizing Black Lives Matter or engaging with racist tropes and dog whistles, but these tropes are dangerous, Professor Howard says, because they can decrease empathy for others and rationalize racial disparities, placing blame on Black people rather than on centuries-long institutionalized white supremacy.