Samuel A. Caskey, 33, of Virginia Beach, Virginia, who marched at the deadly 2017 “Unite the Right” rally, was arrested Friday, July 3, in relation to a slew of incidents in which street signs and lamp posts were defaced with stickers advertising the TRS website.

According to police, “On January 21, 2020, officers were made aware of QR code stickers being posted on street signs and telephone poles in the Ghent neighborhood. If scanned by a camera the QR code on the stickers would redirect the user to a New York based blog for white supremacists and Neo Nazis.” 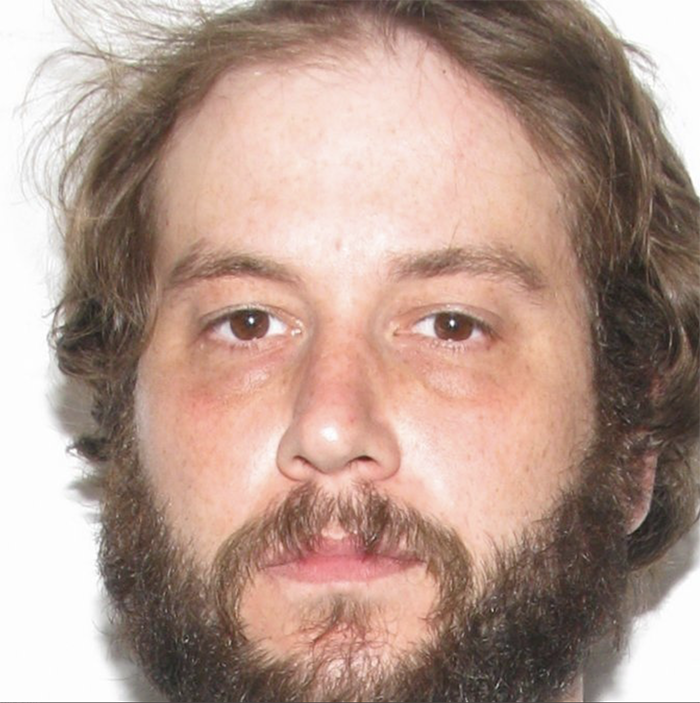 At the time of Unite the Right, TRS was an effective propaganda outlet that created many memes and tropes that spread beyond white nationalist groups and effectively monetized the dissemination of racist content through their podcast network’s paywall subscriptions. The group has been increasingly marginalized in recent years due to repeated deplatforming by social media and web infrastructure companies. While the group’s finances are difficult to discern, their lowest-tier paid subscription starts at $30 for three months. Conservative estimate place TRS’s list of subscribers in the hundreds.

Police identified Caskey as a suspect in the incidents in coastal Virginia after more stickers directing mobile phone users to TRS appeared in the area on June 6.

Hatewatch staff spoke with Caskey on Wednesday. When asked about his recent arrest and history of posting racist flyers, Caskey ended the conversation, saying, “Have a nice day.”

Norfolk, Virginia, police and staff with the Norfolk General District Court declined to provide information on Caskey's arrest or the charges he faces.

On July 9, 2018, Caskey shared a photograph of an Identity Dixie business card affixed to a corkboard at an undisclosed location to the group’s Facebook page.

On Nov. 27, 2018, Caskey shared a photograph of a Chick-fil-A bathroom he apparently flyered with the caption “Seen in a Chic-Fil-A Bathroom” in the TRS-affiliated “Reeeeeefugees” Facebook group.

On Dec. 8, 2018, Caskey shared an image of a dollar bill with the TRS website affixed by an ink stamp and the caption “Look what I got counting change, Goyim!” in the “Reeeeeefugees” Facebook group. Caskey’s caption and use of the phrase “Goyim” refer to an antisemitic conspiracy theory that Jews fake hate crimes in order to advance a shadowy agenda of global hegemonic control.

Following Richard Spencer’s April 2017 appearance at Auburn University, Caskey responded to a post by Bret Lynn aka “Musonius Rufus” listing the locations of various movement leaders including Spencer and Mike Peinovich following the event. Caskey indicated he was present in Auburn and “the tall one in the hat” in attendance. In another post Caskey shared his cell phone number with members and asked, “wheres the after party?”

In the runup to the Unite the Right rally, Caskey purchased a blue polo, Identity Dixie’s uniform for that day, and shared a photograph of himself wearing the polo on the group’s Facebook page.

Caskey responded again with his phone number when TRS member “Mitch Hoob” asked Identity Dixie members, “Can anyone lead the singing of Dixies land?” at the rally because “Whoever was going to dropped out.”

During Unite the Right, Caskey shared a video of individuals marching at the rally to ID’s Facebook page. The following day he tagged white nationalist podcaster Michael McKevitt in a post asking, “Who were those cute AF girls without rings at the rally today?”

Lucas Gordon aka “Silas Reynolds” asked ID members to help create “a COINTELPRO for folks in ID” in November 2017. The group’s purpose would involve “surveilling, infiltrating, discrediting, and disrupting. Would include creating multiple socks, joining shitlib and antifa groups, but also, internal security and surveillance.” Gordon tagged Caskey in the post, likely due to Caskey’s notoriety for creating numerous sock accounts to avoid suspensions periodically meted out by Facebook. One user commented that Caskey had “like 9000 socks.” An independent researcher identified three of Caskey’s socks as having participated in over 100 far-right Facebook groups.

Caskey repeatedly took to the Reeeeeefugees and ID to describe drunken altercations where he harassed passersby while drinking with other white nationalists.

On April 30, 2017, Caskey posted one story in the Identity Dixie group, wherein he repeatedly referred to women as “t----” and described how he became involved in an altercation with a group of women while he was “drunk af,” and “started lecturing how women’s right to vote is an absolute abomination and any major decision in a woman’s life should be decided by their father or husband. Full absolute patriarchy.” In Caskey’s retelling a group of men nearby refused to intervene and started “white knighting but on super low volume because I am 6’6” and being ruthless as f---.”

Eventually Caskey’s antics wore on Identity Dixie members, who had begun feuding with TRS as a result of fallout from the Unite the Right rally. ID members cited Caskey’s use of different sock accounts as a nuisance and worried that his history of provocations and flyering would reflect poorly on the group in a landscape of heightened scrutiny from media and law enforcement.

Identity Dixie leadership discussed crafting a policy barring members who committed criminal acts in one 2018 thread. ID member Ian Weber named Caskey as one individual whose actions spurred the creation of this policy by implication, stating the group should “feed caskey to dogs.” ID leadership implied Caskey was to blame for a series of racist flyers hidden inside boxes of diapers by a Target distribution warehouse employee in 2018. Target quickly identified and fired that employee. Target staff refused to comment on whether Caskey was the individual responsible for the fliers when contacted by Hatewatch staff.